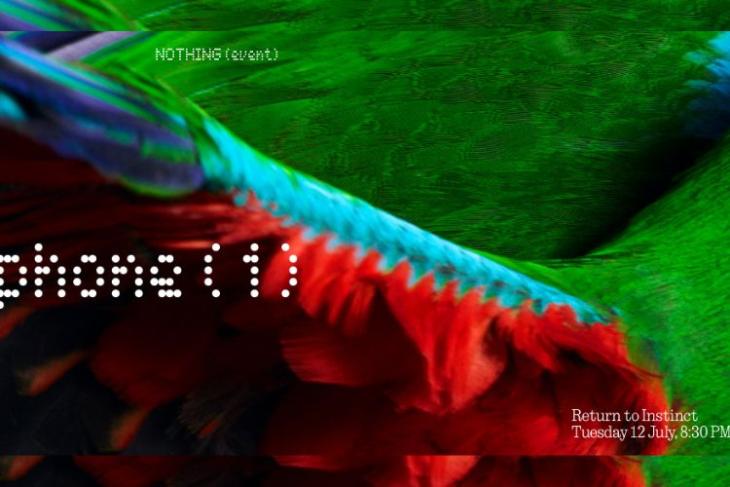 Ever since Nothing confirmed the launch of its first smartphone a few months ago, it would be safe to say that we all have been waiting for the launch date. The company promised us a Summer launch and keeping up with the same, it has now revealed that the Nothing phone (1) will be launched on July 12. Here are the details to know.

Nothing phone (1) Coming Next Month

Nothing has announced its Nothing (event): Return to Instinct, which will take place on July 12 at 16:00 BST (8:30 pm IST). The event will be an online one and will be live-streamed from London on nothing.tech. To recall, a previous leak hinted at a July 21 launch.

The company has already confirmed that the phone (1) will feature a transparent design, much like the ear (1), and will show some internal components like the camera, wireless charging setup, and more. The design is also inspired by the 1972 New York Subway Map by Massimo Vignelli and Bob Noorda. We also saw a leaked image of the Nothing phone (1), which showcased a bezel-less display with a center-placed punch-hole and vertically-arranged rear cameras.

As for other confirmed details, it is expected to feature a Snapdragon chipset under the hood and run Nothing OS based on Android, possibly Android 12. The company has also released the Nothing Launcher for people to get a glimpse of the Nothing OS. The Nothing phone (1) will be available to buy via Flipkart in India, also like the ear (1).

Specs-wise, not much is known. But, chances are that the phone (1) could be powered by the latest Snapdragon 7 Gen 1 SoC, support 50MP rear cameras, have a 90Hz display, and support fast charging capabilities too. That said, it’s best to wait for the July 12 event to get a better idea of Nothing’s first smartphone. We will keep you posted on all the details. So, stay tuned! Meanwhile, do let us know how excited are you for the Nothing phone (1) in the comments below.