Skip to content
Home News Nothing phone (1) with Nothing OS to Launch in Summer 2022; Confirms Carl Pei 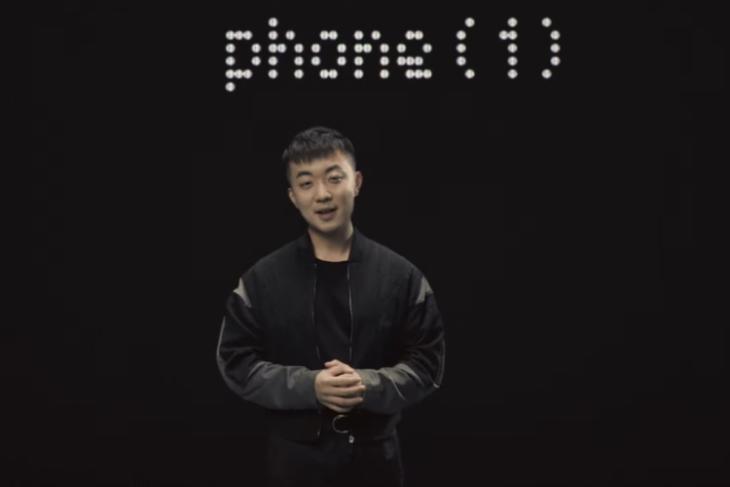 As we all anticipated, Nothing confirmed the existence of its first-ever smartphone at its much-anticipated “Truth” virtual event. As a result of no brainstorming sessions, the Carl Pei-owned company calls it the Nothing phone (1), much like the ear (1). Carl Pei has also revealed a few details about Nothing’s first smartphone. So, keep on reading for all the details we know so far.

What to Expect from Nothing phone (1)

The Nothing phone (1) will be powered by a Snapdragon chipset (presently unknown) as part of the company’s collaboration with Qualcomm. This is something we all knew before.

What was not known is the fact that the Nothing phone (1) will run the Nothing OS skin on top of Android. It is confirmed to provide a clean experience, which will include 40% lesser pre-installed apps and is said to be fast. Nothing OS experience is meant to mimic a pure Android experience, something which OxygenOS was successfully able to deliver, at least before its merger with Oppo and a sharing the codebase with ColorOS.

Nothing, via an official blog post, explains that its first phone “is designed to deliver a fast, smooth, and personal experience. A coherent interface, the hardware seamlessly integrates with software through bespoke fonts, colors, graphical elements, and sounds.“

It is also expected to offer a seamless connection between multiple Nothing products and even third-party ones such as Apple AirPods. In addition, the Nothing phone (1) will get three years of software updates and four years of security patches. The company aims to preview the Nothing OS in action by releasing its launcher a standalone app, which will be out in April. We will keep you posted on that.

Other than this, the smartphone will follow the design footprint of the Nothing ear (1), hence, we can expect a similar transparent design. Nothing has showcased a sort of blueprint of the device, which appears like a mouse! Do let us know what’s the first thing you get in your head when you see it. Have a look at the Nothing phone (1) teaser right here:

From what we can tell, it hints at the placement of hardware components like the camera and the wireless charging coil, which we hope will support Apple’s MagSafe tech in the name of an open ecosystem that Nothing wants to build to rival Apple’s closed garden. On stage at the event, Carl Pei asserted that his company, Nothing, is building an open ecosystem to challenge Apple and its closed ecosystem as opposed to its other Android peers.

Lastly, Nothing has revealed that its first smartphone, which is its second product, will be out this Summer. More details on Nothing phone (1) are expected to be out now that the device is official. We will keep you updated on these details. So, stay tuned.