Skip to content
Home News Nothing OS 1.5 Based on Android 13 Beta Now Available 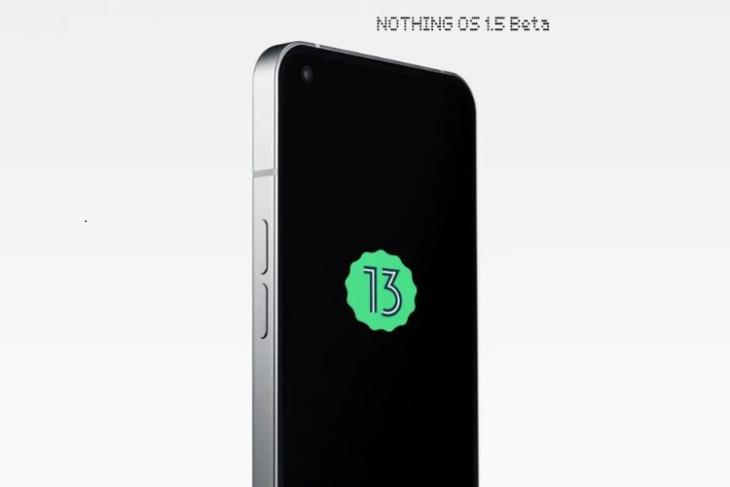 Nothing has officially released the Android 13 beta for the Nothing phone (1) after introducing a closed beta test recently. The new Nothing OS 1.5 based on Android 13 offers a number of new features and a ‘smoother and more secure user experience.‘ Have a look at what’s new.

The new Nothing OS 1.5 update is said to deliver up to 50% faster app loading times and brings in the new Weather app integrated with the custom Nothing UI. The Nothing phone (1) also gets Android 13‘s new Material You themes with more available options. The Quick Settings and volume control also get a makeover.

There’s the introduction of multi-language support for individual apps and a new design for the media player. Users will also get to see the Clipboard preview, which will provide information about the content being copied. This also allows for some editing if needed before pasting. The Quick Settings also includes the new QR code scanner.

The update includes a number of privacy features of Android 13. The Photo Picker to choose the photos to share, media permissions, and notifications permissions, are all available. Nothing OS 1.5 also includes Live Captions and the ability to close the background apps via the notification center to save battery.

The Game Mode has also been improved with a new UI for notifications and the inclusion of the Google Game Dashboard to support screenshots, screen recording, FPS display, and Do Not Disturb. Additionally, the update increases the background memory and introduces the new self-repair feature to keep the phone new by clearing the cache and expired system dumps.

The Android 13-based Nothing OS 1.5 update is now available for beta testers and will be available to all Nothing phone (1) users in early 2023 after working on the feedback received.