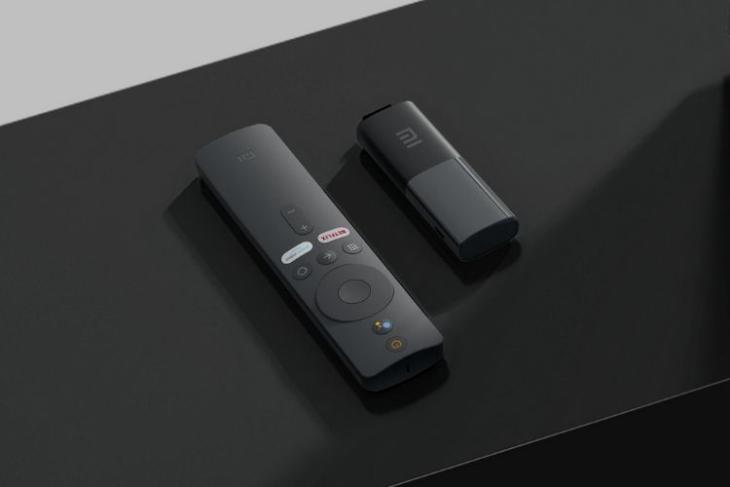 Next week is going to see a myriad of new launches from Xiaomi in India. The Chinese giant will take the wraps off its sub-Rs. 10,000 Redmi 9 series on 4th August. And the very next day, it will debut a new product to allow you to convert your dumb TV into a smart one. It obviously points to the launch of the Mi TV Stick in India on 5th August.

The official Mi TV India account on Twitter today started teasing the launch of the Mi TV Stick with the tagline – ‘Plug it, Make it Smart’, as you can see below. The company, instead of launching newer Mi TVs, has recently been bulking up its smart accessories portfolio. The Mi TV Stick follows in the footsteps of the Mi Box 4K that was launched in India back in May.

LAUNCHING SOON – The fire your TV has been missing.🔥

All you gotta do is 'plug it, make it smart' to experience entertainment like never before.

Get the hint? RT with #PlugItMakeItSmart and tell us your guess.

Xiaomi first launched the Mi TV Stick in Europe a couple of weeks ago. It offers up to 1080p streaming instead of 4K streaming like the Mi Box 4K. This is confirmed in the dedicated microsite set up by the company. Xiaomi also took a jab at Amazon Fire TV Stick, which will be its fiercest rival, in the tweet above. It will also go up against similar offerings from Tata Sky, Airtel, and others in India.

Mi TV Stick looks like any other Android TV dongle with an HDMI 2.0 port up-top. It’s powered by a quad-core Cortex-A53 processor clocked at up to 2.0GHz, an ARM Mali-450 GPU, 1GB of RAM, and 8GB of eMMC storage.

The dongle comes with Android TV 9.0 and built-in Chromecast support. It comes pre-installed with the Play Store and popular streaming apps, including YouTube, Netflix, Disney+ Hotstar, and more. There’s also a Bluetooth remote in tow, with quick access buttons for Netflix and Prime Video. It even sports a Google Assistant button for quick access to your calendar, smart home products, weather, and more.

The Mi TV Stick supports WiFi 802.11ac (both 2.4GHz and 5GHz networks), Bluetooth 4.2, and a microUSB power port. There’s a dearth of ports onboard if you compare it to the Mi Box 4K. This Android TV dongle is priced at 39.99 euros (around Rs. 3,500) and should arrive at a similar price tag in India.