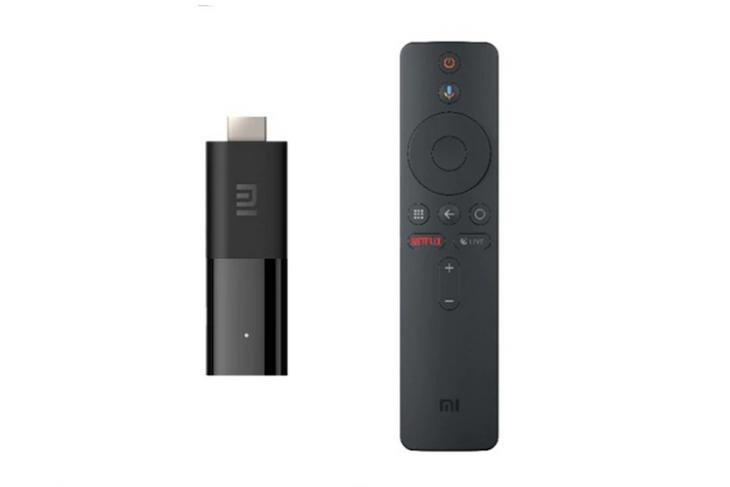 Xiaomi launched its Android TV box in China years ago and had recently teased its Mi TV Stick in Germany. The device is yet to be officially launched but has now been listed on e-commerce website AliExpress.

As per the listing, the device is priced starting at $49, which is around Rs. 3,800. Do note that the Mi TV Stick is currently up for pre-order, and is only expected to start shipping by July 20th.

The listing suggests that the dongle will be offered in two variants – one with 1GB of RAM and another, with 2GB. Both will have only 8GB of eMMC storage. While the former will support only up to 1080p videos, the latter will be capable of streaming 4K content. Interestingly, the 2GB model will have a USB Type-C port on board while the 1GB version will be stuck with a microUSB port.

Both versions will run on Android TV 9.0 and support Google Assistant out-of-the-box. The listing also suggests that the Bluetooth 4.2 remote will have a dedicated voice assistant key, as well as dedicated Netflix and Amazon Prime Video buttons. Other common features include support for Dolby Audio and DTS Surround Sound. Both variants have HDMI 2.0 ports and dual-band Wi-Fi support.

It is worth noting that this is not the first time we’re hearing about the Mi TV Stick. In April, tipster Sudhanshu Ambore (@Sudhanshu1414) had revealed that Xiaomi was planning to launch the device in Europe sooner rather than later. The device was also recently spotted on the e-commerce site, Gearbest. Either way, Xiaomi is yet to confirm the tech specs. So, it will be for the best that we take these with a grain of salt for now.