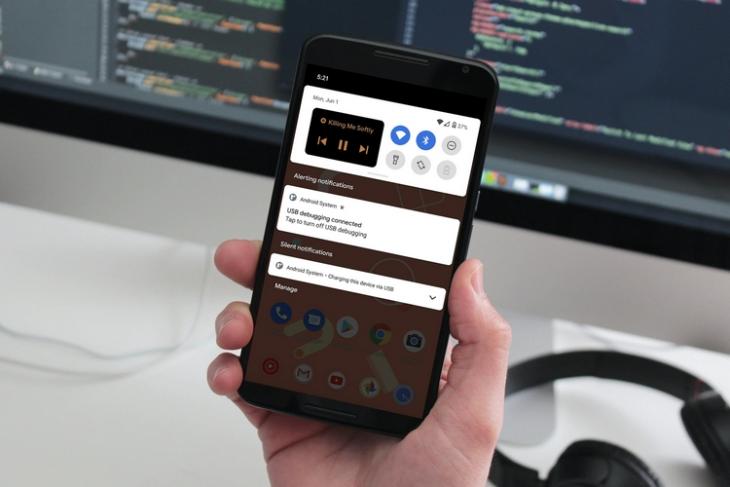 With the first developer preview of Android 11, XDA-Developers managed to enable a new interface that moves media playback controls to the quick settings panel. XDA’s editor-in-chief Mishaal Rahman has now spotted the feature in Developer options of the leaked Android 11 Beta build.

It's live in Beta 1 as a Developer Option called "media resumption." pic.twitter.com/CKlbG7wYNh

Just as you would expect, Google has made changes to the feature ever since it was first spotted this February. The most notable change is in terms of the player’s positioning. While the minimized player was seen to the right earlier, the latest screenshots posted by Rahman show the player to the left of Quick Settings.

Similarly, the expanded player has undergone a change in position as well. The player now resides to the top of the panel, unlike the previous implementation where it was accessible from the bottom portion.

Personally, I think this repositioning might potentially reduce reachability for right-handed users. If this feature makes it to Android 11 stable build slated to release later this year, I hope Google provides an option to remap the toggle’s positioning. That said, we can’t be sure if Google has plans to even ship this feature with the finalized version and that’s something we will have to wait and find out.

Google was all set to release Android 11 Beta tomorrow (June 3) but rightly decided to postpone the event due to the ongoing protests against police brutality in the US. The company has not revealed the revised date so far.