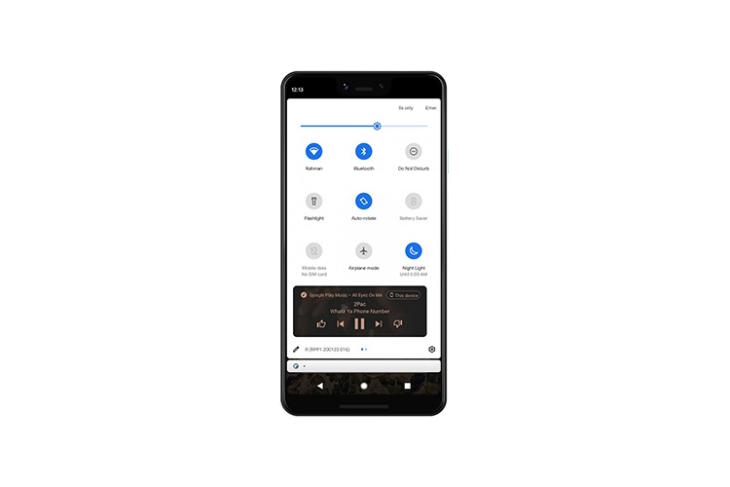 Google released the first Android 11 developer preview last night and it comes with a whole bunch of privacy and security related features along with a couple of visual improvements and redesigns. It appears like the software giant could be working on merging the music player right into the quick settings panel.

The feature is currently disabled by default but the folks over at XDA-Developers managed to manually enable the feature to give us an early glimpse at the feature. The music player is placed to the right of the existing quick settings toggles when you pull down the notification shade.

Upon completely expanding the notification shade, the music player appears to be incorporated right below the quick settings tiles, as you can see in the image above.

Since the feature is not enabled by default, there is no guarantee if it would ever make it to the final iteration of Android 11. We will have to wait to see if Google would bring a toggle to enable this feature in the upcoming developer previews.

For now, there is no clarity regarding what would happen if the user plays media from multiple players at once. For instance, consider a scenario where a user has paused a song from a streaming service and a podcast. In such cases, I’m curious to know which player this new implementation would prioritize.

Personally, I think this is a better and unobtrusive approach to handle music players as we will get more space for viewing notifications. However, Google certainly has some UI fine-tuning to do if it has plans to include the feature in the final build.