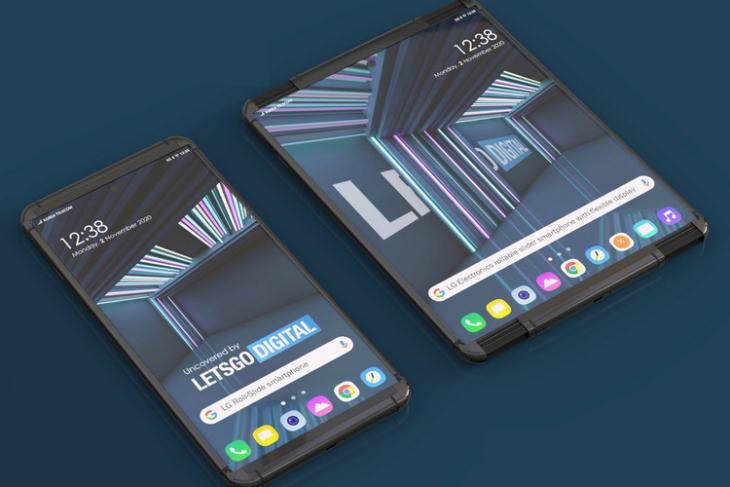 The rollable smartphone that LG teased at the end of its Wing launch event last month might be officially announced next March. That’s according to Dutch tech blog, LetsGoDigital, which further suggests that it might be marketed as the ‘LG Rollable’. The name has been revealed by a trademark application that was filed with the European Union Intellectual Property Office (EUIPO ) on behalf of the company.

The application was apparently filed by a German intermediary named Mitscherlich, which has also filed for other similar names, including LG the Roll, LG Double Roll, LG Dual Roll, LG Bi-Roll, and LG Roll Canvas. That being the case, it’s not guaranteed that the ‘Rollable’ name will stick, but it is certainly one of the leading contenders. Of course, the LG Canvas doesn’t sound half bad, either. 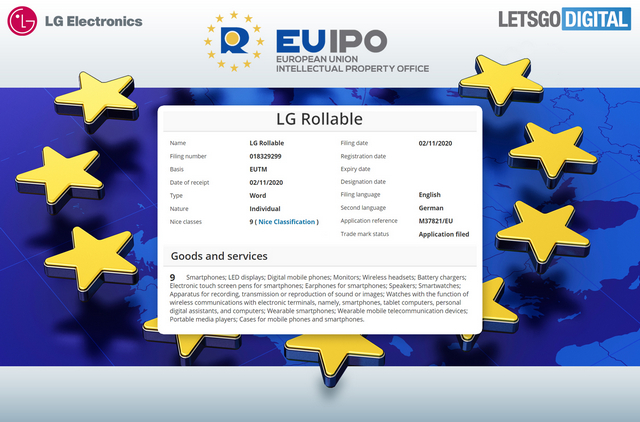 Meanwhile, the trademark application makes it amply clear that the Rollable (or whatever it is eventually named) is most definitely a smartphone and might even support a stylus. There’s no more info on it at the moment but let’s hope that the leaks start to trickle in soon so that we can get a more definitive idea about what to expect.

The upcoming device is part of LG’s ‘Project Explorer‘ experimental devices division that is also behind the LG Wing smartphone that was launched late last moth. Announced earlier this year, LG’s Explorer Project aims to create innovative mobile devices that the company says will offer “distinctive and yet unexplored usability experiences that tackles uncharted territory in the industry”.

Another trademark filing from LG with the EUIPO (spotted by LetsGoDigital) hints that the LG Rollable phone may be called “LG Slide”. The two trademarks are leading to confusion as to what the final name will be.