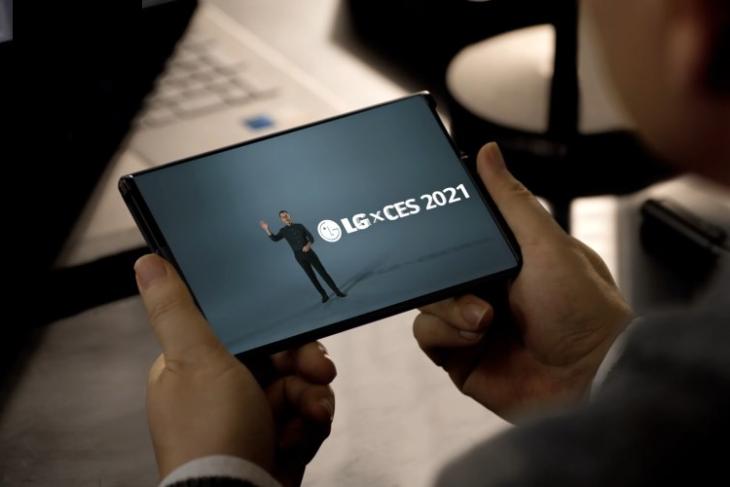 LG is experimenting with wild new smartphone designs via its ‘Explorer Project’. The swivel-style LG Wing was the labor of fruits of this project. And today, at its CES 2021 presentation, the company has teased its next experimental phone — the LG Rollable.

The company first teased it was working on a smartphone with an expandable screen at the LG Wing launch event last year. This device did not have a name back then. But, the rumors pointed to the LG Rollable moniker and the same has now been confirmed. So, what exactly is this form factor?

As you can see in the GIF below, LG Rollable is a unique smartphone with a resizable screen at the helm. It will appear to be a standard glass smartphone at first look but a touch of a button will expand the screen horizontally. It will transform the smartphone into a tablet.

This is similar to the Oppo X 2021 concept phone that the Chinese giant showed off at INNO Day last year. The foldable screen is wrapped up into the edge and it extends to provide users a bigger tablet-like experience. LG did not talk about the mechanism that makes the screen furl and unfurl.

“The LG Rollable smartphone made an appearance at CES, briefly demonstrating its unique resizable screen. As the second device under the brand’s Explorer Project, this rollable device is an exploratory look at what the future of smartphones may bring,” said the company in its official press note.

We will learn more about the LG Rollable at an official launch in the coming months. It will join the likes of Oppo and TCL, who have also shown similar prototypes in the past and at this year’s CES respectively.