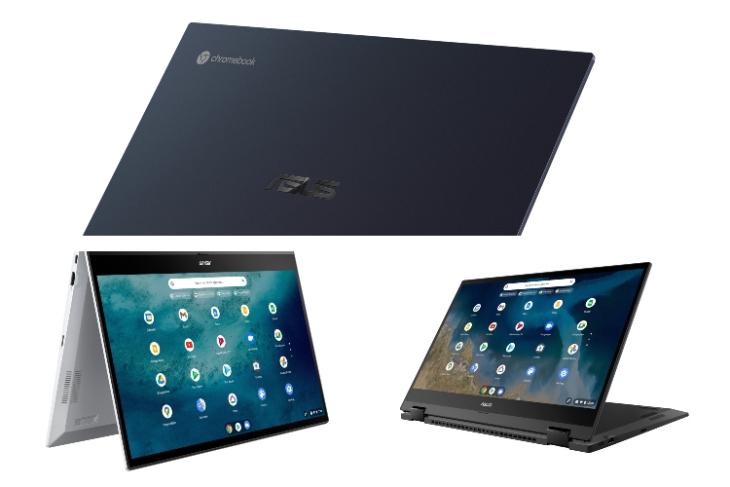 After launching new ROG laptops and expanding its Zenbook and Vivobook lineup, Asus has unveiled three new Chromebooks at CES 2021. The Chromebook CX9, the Chromebook Flip CX5/C536, and a gaming-centric Chromebook Flip CM5 are the latest additions to the Taiwanese company’s portfolio.

Powered by the new Intel 11th-Gen processors, the Chromebook CX9 is a work-centric laptop that aims to aid corporate users. The device looks like any other modern notebook and features a sleek design. It is just 16mm thick and weighs around 1 kg. 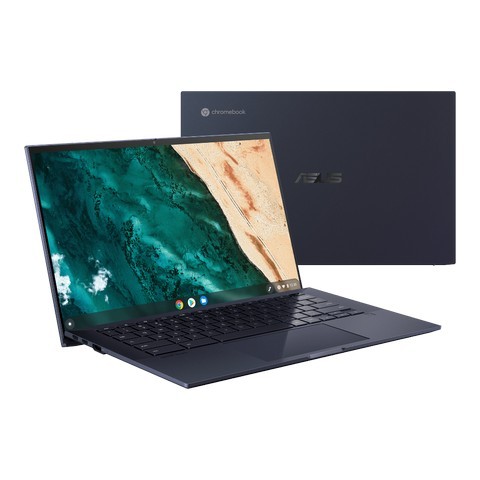 The device boasts a 14-inch FHD Nanoedge display that is also available in a Pantone-validated variant for higher-grade color accuracy. It packs up to 16 GB of RAM, supports two M.2 expansion slots to help expand the storage up to a whopping 4TB. It also has a privacy shutter for the camera and a fingerprint sensor for biometric security.

Coming to the second model, the Chromebook Flip CX5/ C536 (depending on the region) is also powered by the latest Intel 11th-Gen processors. However, unlike the previous model, this one features a 360-degree hinge design that makes it a 2-in-1 Chromebook. 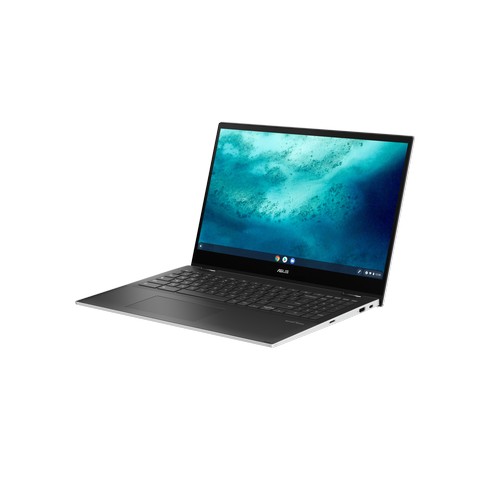 The device features a 15.6-inch FHD display with Harmon Karon speakers and a “metallic” finish, which is most likely made of plastic. It comes with 8GB or 16GB of RAM and 128GB, 256GB, or 512GB storage configurations. It is targeted to general consumers looking for a ChromeOS-based notebook-cum-tablet. There is also a massive battery inside which Asus says will last up to 12 hours on a single charge.

Check out the spec sheet of the Chromebook CX5/C536 below. 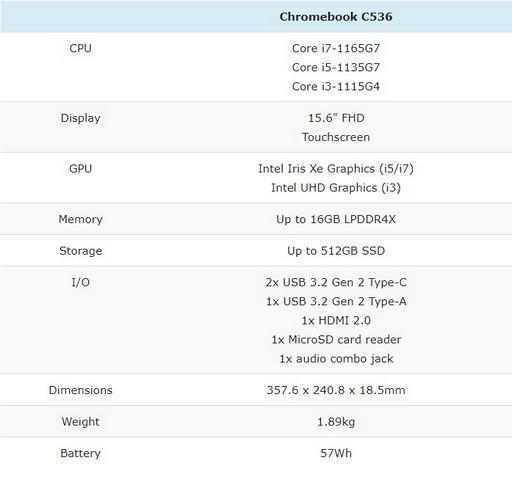 Lastly, the Asus Chromebook Flip CM5 is a similar device to the previous CX5/C536 but features a gaming-laptop-style design with highlighted WASD keys. However, unlike the previous two models, the CM5 is powered by AMD’s gaming-centric Ryzen 3000-series mobile processors. It could be a great pick for Google Stadia gamers. 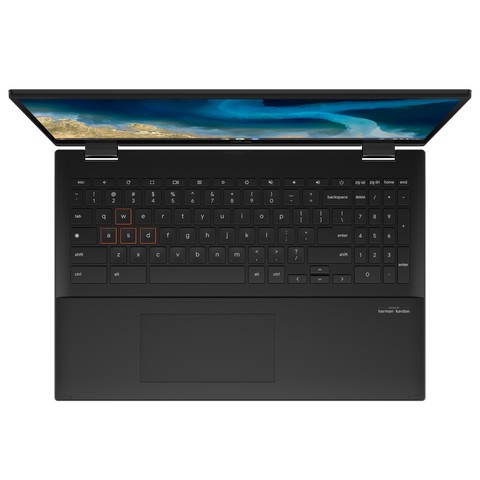 There also is a 15.6-inch FHD display and the device comes in 4GB, 8GB, or 16GB RAM and 64GB, 128GB, 256GB, or 512GB storage configuration options. Moreover, as the device is powered by the Ryzen SoC, playing Stadia and Android games on the device will be a treat for casual gamers. However, running heavy games might not be a good option to choose when using this device.

You can check out the spec sheet of the Flip CM5 right below. 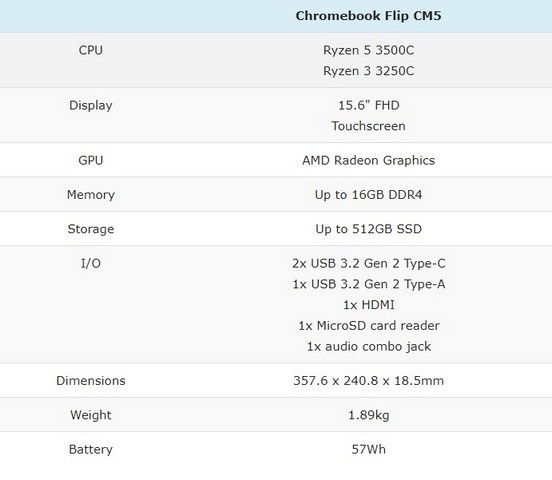 So, these were the three new Chromebooks that Asus unveiled at CES 2021 recently. While the company provided the specs details of the devices, it did not mention anything about the pricing of the devices or the date of launch. However, Asus will provide these details in the coming days.