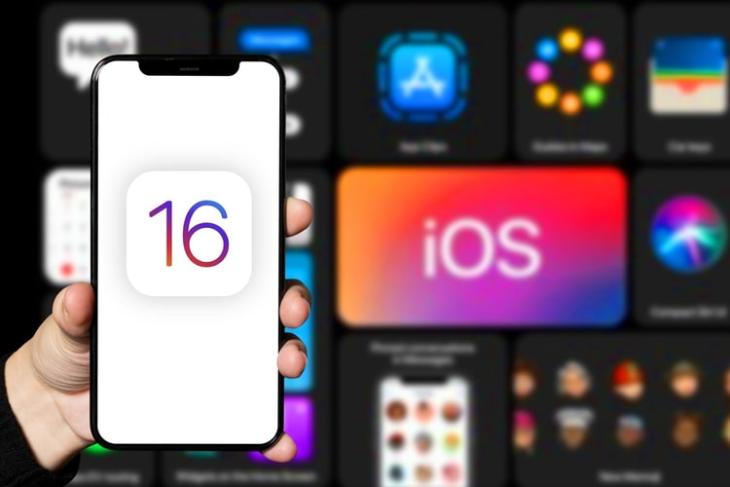 After Apple confirmed its all-online WWDC 2022 event last month, there have been numerous speculations as to what the company might announce at its upcoming developer conference. Amongst OS updates for the Apple Watch, Mac, and other products, the Cupertino giant will unveil its next-gen iOS 16 update at the event. Now, a recent report suggests that Apple could introduce new ways of interacting with the UI and some new system apps with iOS 16. Check out the details below.

While Apple prepares to officially unveil the iOS 16 update on June 6, speculations about new features and changes for supported iPhones have already started showing up online. In his recent Power On newsletter, Bloomberg’s Mark Gurman says that Apple might introduce new ways of interacting with the system and some “fresh Apple apps” with iOS 16.

Although the analyst did not provide many details about the new ways of system interactions or the apps, it is revealed that Apple might revamp its widgets by adding support for interactive widgets with the next iteration of iOS. Previously, Gurman also reported that Apple might add a new notification system and advanced health tracking features for iPhones with iOS 16.

“While I don’t expect Apple to present a full redesign of the software, there should be major changes across the system, new ways of interacting, and some fresh Apple apps,” Gurman wrote in his recent newsletter.

The Apple analyst also says that watchOS 9 for the Apple Watch would bring along significant updates. While the iOS 16 update would drop support for older iPhone models like the iPhone 6s, 6s Plus, the first-gen iPhone SE, and more.

So, if you want to know more about Apple’s upcoming OS updates and developer tools, be sure to tune in to WWDC 2022 on June 6th. You can also check out our in-depth story on what to expect at this year’s WWDC event to know more about it. Let us know your thoughts in the comments below.

20 Best Lock Screen Widgets for iPhone You Can Use

How to Install iOS 16 on Your iPhone Right Now

iOS 16: All the New Features You Can Use