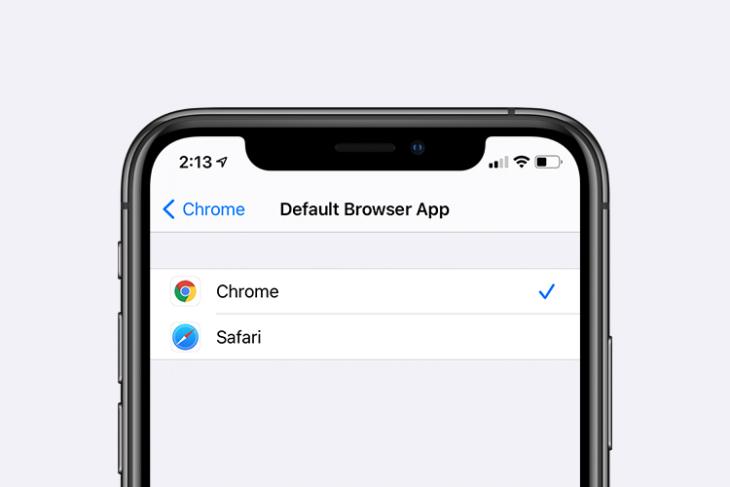 Released earlier this week, iOS 14 comes with a host of notable features, including the ability to set third-party e-mail clients and browsers as default in place of Apple’s own Mail app and Safari, respectively. However, a report now suggests that a bug is resetting Mail and Safari as the default mail and browser applications in iOS 14 devices after every reboot. The bug reportedly affects not only iPhones running iOS 14, but also iPads running iPadOS 14.

The bug was originally reported by 9to5Mac, which claims that all links embedded with apps start opening in Safari following a reboot on iOS 14 devices even after specifically setting Chrome as the default browser. The anomaly is also being pointed out by many on Twitter, with some even suggesting that the user-set defaults are not working uniformly across all apps, either. Ideally, all links across all apps and services should open in the browser chosen as default by the user, and the setting should remain unaffected by any number of reboots.

I made chrome my default browser in iOS 14 and it works in mail but not in twitterific, and when you restart your phone it goes back to the Safari

In case you don’t know it already, Apple started rolling out iOS 14, iPadOS 14, tvOS 14 and watchOS 7 to all supported devices earlier this week. The development followed the company’s ‘Time Flies’ event a day earlier, when the Cuprertino giant unveiled the Apple Watch Series 6 and 8th-gen iPad models. Apple also announced its ‘Apple One’ subscription bundle, which has since drawn monopoly allegations from Spotify.

Either way, this just seems to be a bug that should be fixed with a software update soon. Meanwhile, if you want to change the default browser from Safari to something else in your iPhone, you can check out our detailed guide on how to do that. The process is similar on iPads as well.