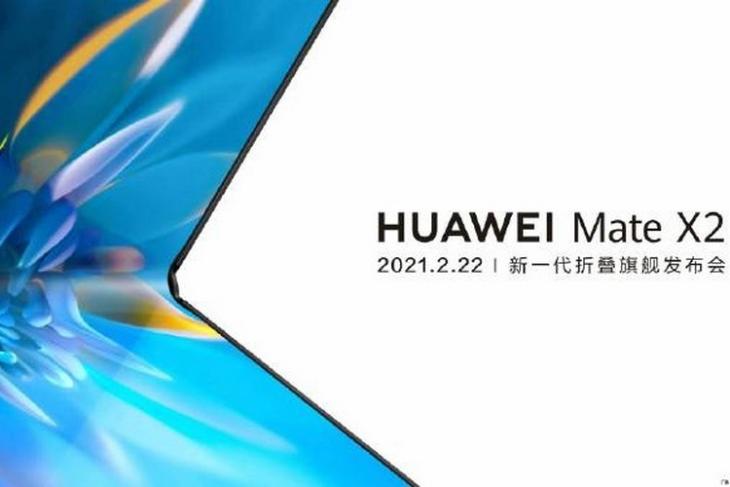 With major companies like Samsung and Xiaomi looking to launch multiple foldable devices this year, it seems like Huawei is preparing to launch its foldable in the market sooner. According to a recent teaser, we have confirmation that the Chinese smartphone manufacturers are launching their next foldable, the Huawei Mate X2 on February 22.

Huawei, on its official Weibo handle, recently shared a teaser-image with the name of the foldable device and its launch date on it. So, as per this image, the Shenzhen-based giant will be launching its next-gen foldable device, the Huawei Mate X2 on 22nd February 2021, although previous reports claimed that the company will launch the device earlier. However, Huawei, probably due to the political issues with the US, delayed the launch of its foldable device.

Moreover, as per the teaser, the upcoming Huawei Mate X2 will be a bit different than its predecessors in terms of design. For starters, the image suggests that the Mate X2 will fold inward this time, unlike the company’s previous foldable devices such as the Mate X and the Mate Xs that fold outwards.

Now, apart from the name of the device and the date of launch, there are not many details provided by the company. So, as you can imagine, we do not know anything about the price and the specifications of the device.

However, as per the views shared by Huawei’s Business Group CEO Richard Yu, the Mate X2 is “full of surprises”. He added the statement on his official Weibo account by saying that he has been using the upcoming Huawei Mate X2 “for some time”.