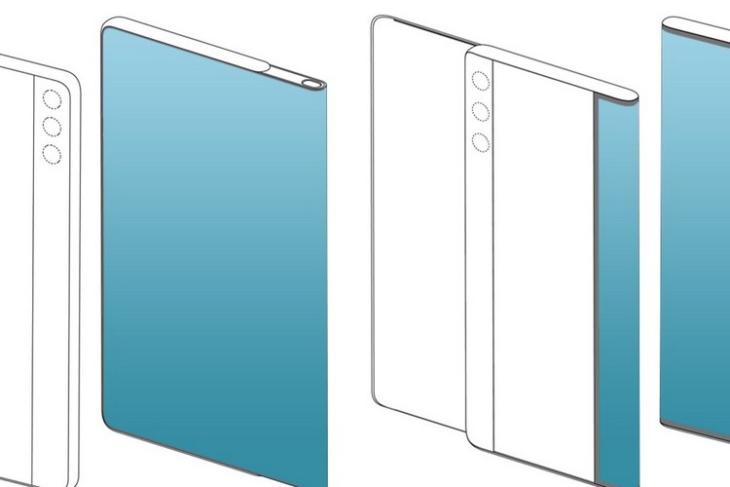 With the aim of changing the traditional form factors of smartphones, manufacturers are now trying out different foldable display smartphone designs. We have seen Samsung coming up with their version of foldable devices (although, they struggled with it at first) – the Galaxy Fold and the Galaxy Z Flip. Then we saw Motorola showing off their design with the modern Moto Razr. Now, after unveiling the Mate X, Huawei has filed two new patents for folded display smartphones that will come with retractable screens.

China-based Huawei Technologies is trying to up their foldable display game with these two patents. The Chinese smartphone makers filed the patents with the China National Intellectual Property Administration (CNIPA). The designs were approved recently and added to the Global Design Database of the World Intellectual Property Organisation (WIPO).

Now, the patents by Huawei Technologies show that the company is planning to launch smartphones with folded displays, but the form factor would not be foldable. Instead, these designs suggest that Huawei will be launching devices with extendable/retractable displays, much like we saw with TCL’s new prototype device.

The patent designs filed by the tech giant includes 28 images of two new models of smartphones. Both of these devices come with retractable screens, but their designs differ from each other.

The first model, namely the “Model A”, shows a completely bezel-less display on the front, that folds at the right side of the device and goes to the back. There are no front cameras; however, at the back, there is a triple camera setup along with the extended part of the display. Now, the Model A shows that the back display extends at the right along with some parts of the device, giving a 30% increase in screen real-estate.

The second design, namely the “Model B”, follows a similar design like the Model A. However, the sliding mechanism in this one is different. In this model, the display folds at the left of the device to go to the back, near the same triple-camera setup. Now, in this model too, the screen extends from the right; however, in this case, the extended part includes only the display and not any other part of the device. This gives the smartphone a whopping 50% increase in screen real-estate, which is 20% more than the previous model.

Huawei has been working on foldable display tech for quite some time. Now, these designs show that they might come up with extendable/retractable smartphones in the near future. We just have to wait to see if they implement any of these designs to their upcoming Mate X2 or not.