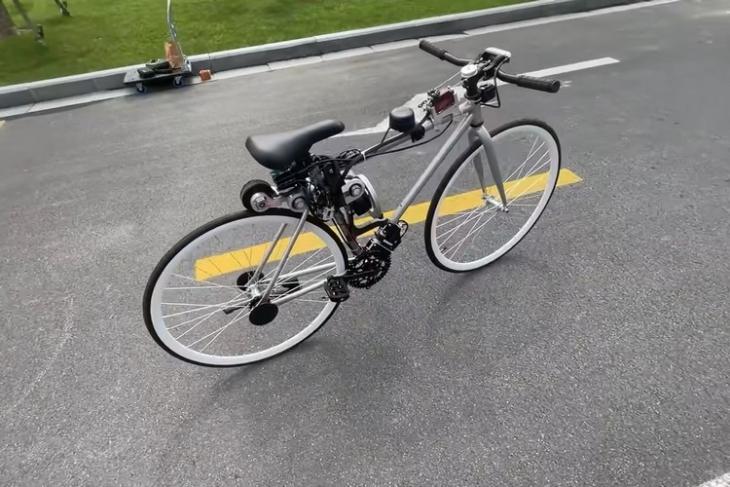 By this point in time, we have seen numerous applications of artificial intelligence (AI) technologies in almost every sector. However, when it comes to AI systems for vehicles, more often than not, we talk about the development of autonomous cars. Although major companies are using AI technologies for self-driving cars, there are some researchers and developers who are teaching AIs how to ride a bicycle.

A team of engineers at Huawei have recently developed a fully autonomous bicycle that leverages AI technology, high-precision sensors, and a bunch of cameras to ride itself. The lead engineer, Zhihui Jun, came up with the idea after he suffered a major accident while riding his bike.

Following his accident, Jun decided it was time to develop a bicycle that can ride autonomously, without any human interference. The engineers started by making a detailed CAD model of the autonomous bicycle. Then they added various components to control the movement of the bike.

The team added two brushless motors and a steering gear to control the faucet. They also installed an RGBD depth sensor, an accelerometer, a gyroscope, and a LiDAR sensor. There is also a 6S model airplane power battery onboard that can power the bike for 2-3 hours. The primary computing module, which is the “brain” of the bike, sits underneath the seat and right above the rear wheel. 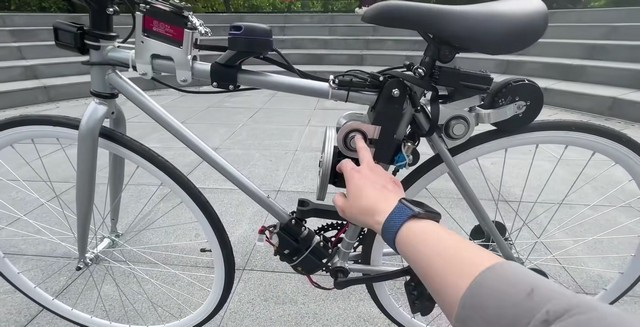 Speaking of the computing module, it is completely designed by Jun. He used Huawei’s Ascend 310 as the AI processor and the company’s application orchestration service to develop the module. So, thanks to Jun’s work, the AI bike is now capable of perceptive thinking and decision-making.

Furthermore, the engineers built a special control module to ensure that the bicycle can maintain balance on its own and not fall down. The module uses the rotational moment of the disk, which is the same system that artificial satellites use. There is a small, high-precision sensor that detects tilt and sends the data to the attitude control module, which makes sure that the bike stands on its own. Plus, there is an integrated motor attached to the rear wheels. The motor allows the cycle to move without any pedals.

You can check out Zhihui Jun’s video right below in which he tells all about the journey of developing the AI bicycle. However, do keep in mind that the entire video is in the Chinese language. So be sure to turn on captions on YouTube.