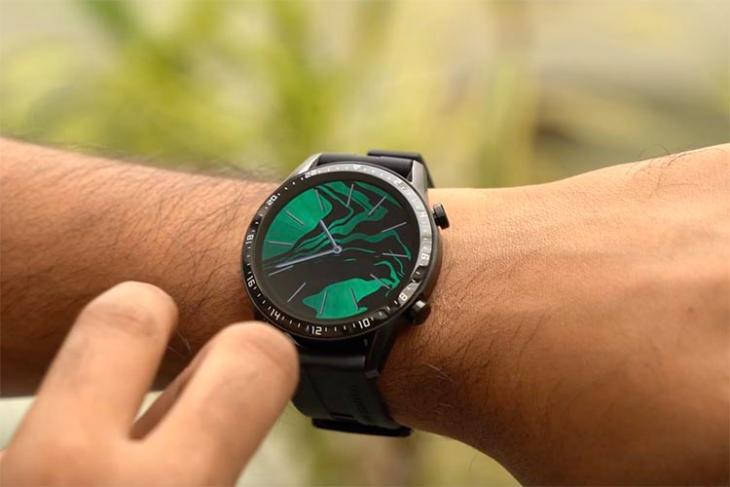 Huawei has today launched its latest flagship smartwatch in India after originally unveiling it at the Mate 30 launch event in Munich, Germany, back in September. Called the Huawei Watch GT 2, it’s a successor to the company’s Huawei Watch GT smartwatch and brings a number of new software and hardware upgrades over its predecessor.

The smartwatch also packs GPS, a heart rate sensor and support for the new Bluetooth v5.1 (BLE) standard, offering 2x better range the Apple Watch Series 4. The watch runs on Huawei’s own LiteOS instead of Google’s WearOS and sports a battery of unspecified capacity that the company says will last around 30 hours in GPS mode, 24 hours of music playback and 10 hours of Bluetooth calling.

Sensors include an accelerometer, a gyroscope, a geomagnetic sensor, an optical heart rate sensor, an ambient light sensor, an air pressure sensor and a capacitive sensor. Like the recently-launched Honor MagicWatch 2, the GT 2 also supports 15 sports modes and has an integrated microphone and speaker for voice calling.

Huawei Watch GT 2 pricing starts at Rs. 14,990 for the 42mm model, but it won’t be available right away. The 46mm variant, meanwhile, has been priced starting at Rs. 15,990 for the ‘Sports Edition’ model, which will be up for sale from December 19 on Flipkart, Amazon, Croma and various offline retail stores.

Customers buying the device before December 31 will also get a Huawei Minispeaker for free. Pre-orders during December 12 – December 18 will also entitle buyers to get the Huawei Freelace wireless earphones worth Rs. 6,999 for free.