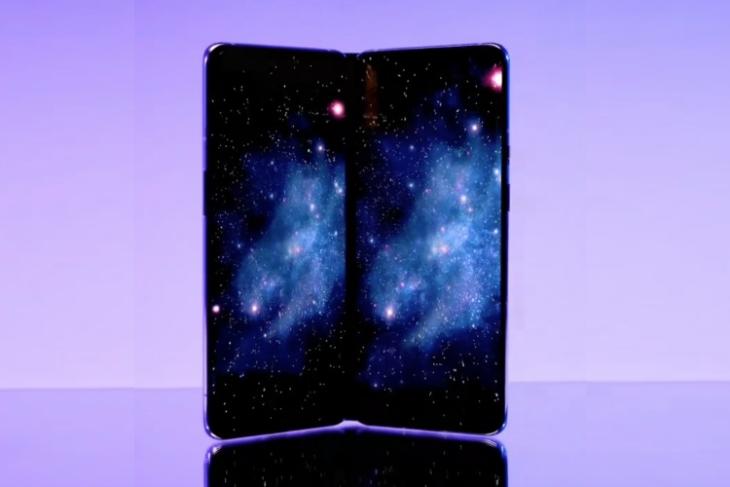 While Samsung is ready to show off its next-gen foldable devices, including Galaxy Z Fold 3 and Galaxy Z Flip 3 later today, OnePlus wants to grab consumer attention. So, ahead of Samsung’s Galaxy Unpacked event, OnePlus has shared a short teaser showcasing some kind of a dual-screen foldable smartphone.

The Chinese giant took to Instagram to share a short teaser video for its dual-screen smartphone. Although the video is not clear, it shows a dual-screen foldable device standing on a flat surface. You can check out the teaser attached right below.

Surprisingly, the device shows off by OnePlus in the video has a galactic wallpaper, which might be a direct jab at Samsung’s upcoming Galaxy foldables. Moreover, the device looks more like a dual-screen smartphone rather than a foldable device.

The device teased by OnePlus looks similar to LG’s take on foldable smartphones. Instead of an actual foldable display, they come with support for an additional add-on display like the LG G8X ThinQ or the LG Velvet. So, if OnePlus is teasing a similar device, then it is not something new that we are going to see.

Furthermore, at the end of the video, OnePlus also shared a date (8.11.21) that points to August 11, 2021. So, we expect the company to show off the dual-screen device later today. That is some pretty neat marketing from OnePlus. But, will we be surprised, or are we in for a disappointment? What do you think about the OnePlus foldable device? Do you think it will be on par with modern foldable devices? Let us know in the comments below.