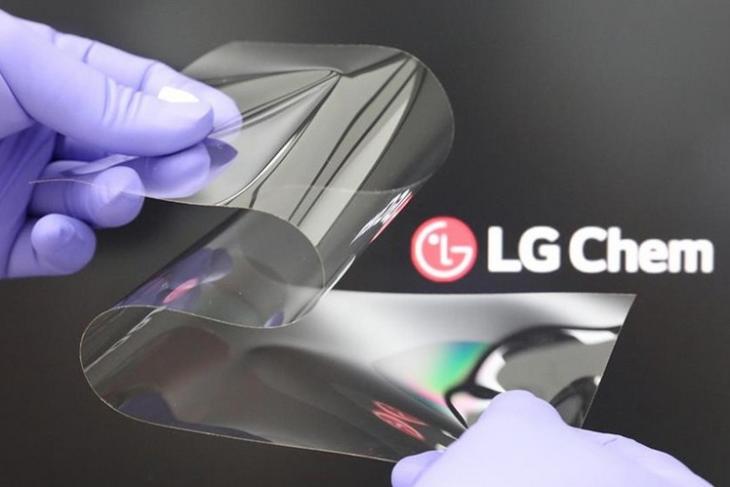 Although LG quit the smartphone business earlier this year, the company continues to manufacture smartphone hardware components such as OLED displays. And now, to improve the displays of future foldable devices, the South Korean giant has developed a new cover material, which LG says is harder than glass and also shatter-resistant. The company is calling it the “Real Foldable Window”.

Now, for those unaware, although current foldable devices come with a foldable ultra-thin glass display, they are covered with a plastic screen protector to prevent them from cracking and scratches. If you remember, Samsung faced a major issue when it launched its first Galaxy Fold back in 2019 as users started to peel off the factory-installed screen protectors, which in turn broke the display entirely.

However, LG’s Real Foldable Window, as per the company, aims to improve the plastic coating by using a “new material”. Although the company does not mention the name of the material in the official press release, LG says that it is using the material to coat both sides of a sheet of PET film. Then, the coated PET film is applied on top of an OLED panel to improve its durability.

This way, as per LG, the durability of an OLED foldable display improves by many folds. Moreover, with the new coating on top, the crease, which forms on current foldable displays, is much less visible. The company also adds that the new PET-coating technology can also be cost-effective for foldable display manufacturers.

Furthermore, LG states the new PET films should work with every kind of display, be it for tablets, laptops, or even rollable devices much like LG’s rollable smartphone that it showcased late last year. The technology can also prove fruitful for those displays that fold outwards instead of in-folding displays on devices like the Samsung Galaxy Fold or the Galaxy Flip.

Now, coming to the availability, LG says that it does not see the technology commercializing until 2023. Moreover, the company has not yet shown a clear picture of how the PET film would affect the visibility and clarity of the foldable displays. Hence, it will be sometime before foldable we see smartphones with LG’s PET-coated plastic films release in the market. Until then, keep an eye on our platform for further developments of this story.