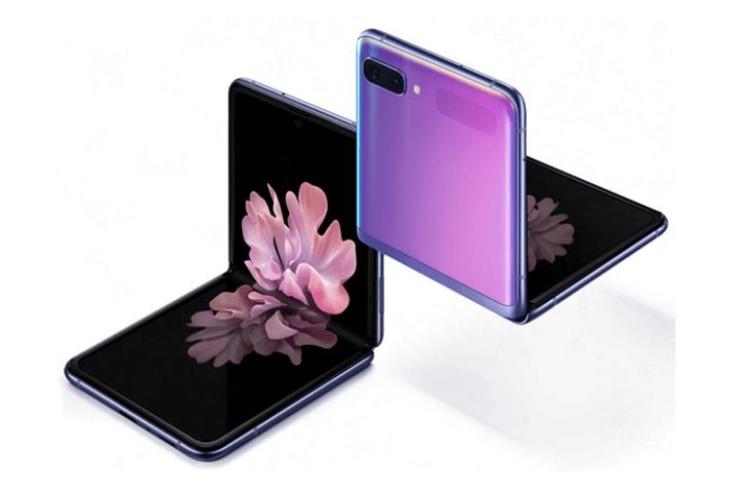 Galaxy Z Flip adopts a different form factor as compared to the Galaxy Fold. It brings a traditional clamshell design (reminiscent of flip phones from the past) similar to the new foldable Moto Razr. But, it’s still unique and doesn’t trade-off on the flagship internals for the new design. So, here’s everything you need to know about the Galaxy Z Flip:

Samsung has today realized its concept foldable form factor that it first showed off at a developer conference last year with the Galaxy Z Flip. As I have already told you, Moto Razr now has a competitor and that too a pretty tough one. Samsung has not only built Galaxy Z Flip to be sleek and attractive, with its prism gradient and purple color variant, but overall, it looks more durable as well. We will shed more light on this in the display section below.

Samsung has taken the learnings from Galaxy Fold and made the hinge design of their Galaxy Z Flip phone more durable. The hinge is now completely hidden and includes fibers that will block dust and particulate matter from damaging the same.

In addition, you can see that the Galaxy Z Flip packs a physical fingerprint scanner that also doubles as the power button. It’s one of my favorite implementations for a physical scanner and I loved using it on my Galaxy S10e from last year. You will find the volume rockers on the right, USB Type-C port at the bottom, along with stereo speakers and no 3.5mm headphone jack.

The highlight of the Galaxy Z Flip is the 6.7-inch Full-HD+ OLED display on the inside. This plastic OLED panel (which is better known as a foldable display) with a taller 21.9:9 aspect ratio, 1080 x 2636-pixels resolution, and 425ppi pixel density.

Galaxy Z Flip is the world’s first smartphone with a punch-hole foldable display.

The most significant upgrade in Samsung’s second-gen foldable phone will have to be the new protection layer over the foldable display. I hope you remember the screen breaking debacle that forced Samsung to return back to its drawing board and delayed the Galaxy Fold launch.

Well, the Korean giant has already come up with a solution for the same – it’s called UTG. Galaxy Z Flip swaps out the more fragile polyamide plastic top layer for ultra-thin glass. It makes the foldable display more durable and less prone to scratches or may be permanent damage. The company has also added bumpers to the sides of the display to protect the display from damage when you fold the device.

You can also see that there’s a punch-hole cutout at the top and it houses a 10MP (f/2.4) selfie camera. It will not only come in handy for taking a quick selfie when the phone is being used unfolded, but Samsung has also optimized the software (as well as hardware) such that you can lock the hinge at different angles and prop up the phone during video calls. This is called Flex Mode and a number of apps have been optimized to make use of this feature. 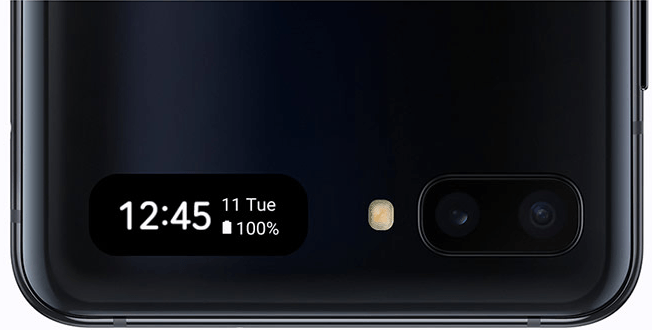 Apart from the foldable display on the inside, Galaxy Z Flip also includes a tiny 1.1-inch Super AMOLED display right next to the dual-camera on the outside. Samsung is calling it the Cover Display and it will be used to display the time, notifications, incoming calls, and more. You can use the Cover Display to take selfies as well, meaning you can Galaxy Z Flip’s tiny display as a viewfinder.

Unlike the foldable Moto Razr, Samsung is giving flagship internals with its mass-appeal clamshell-style foldable phone. Galaxy Z Flip is backed by the Snapdragon 855 Plus chipset from last year and is coupled with 8GB of RAM and 256GB of internal storage.

Talking about the software, Samsung worked closely with Google to adapt its OneUI 2.0 experience for foldables. It’s based on Android 10, which itself brought native support for foldables, 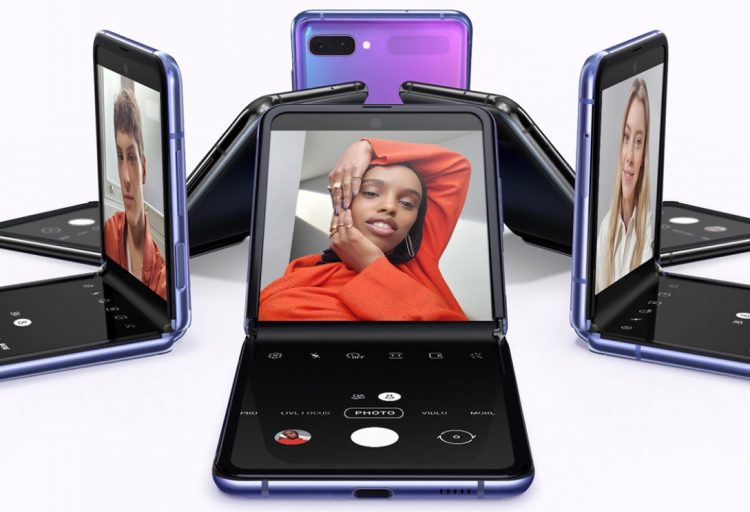 Galaxy Z Flip features a dual-camera system on the outside and a single punch-hole camera at the center on the inside when you flip open the foldable device. The dual cameras on the outside have a 12MP (f/1.8) primary lens and 12MP (f/2.2) ultra-wide-angle lens.

As the Galaxy Z Flip is pretty slim, we didn’t expect the foldable to pack a huge battery. The device comes equipped with a tiny 3300mAh battery, which is split into two halves — 2375 mAh in the bottom half and 925mAh in the upper half.

While the smaller battery size is acceptable, it’s disappointing to see Samsung will only offer 15W wired fast-charging and 10W wireless charging with the Galaxy Z Flip.

Before we talk about the pricing details, here’s a quick specifications round-up for the Galaxy Z Flip:

Galaxy Z Flip has been priced at $1,380 (around Rs. 98,500) and will go on sale from February 14. It will be available in 3 attractive color variants namely Mirror Purple, Mirror Black, and Mirror Gold (in some select countries). Samsung has partnered with Thom Browne to bring to life an even premium-looking Galaxy Z Flip. 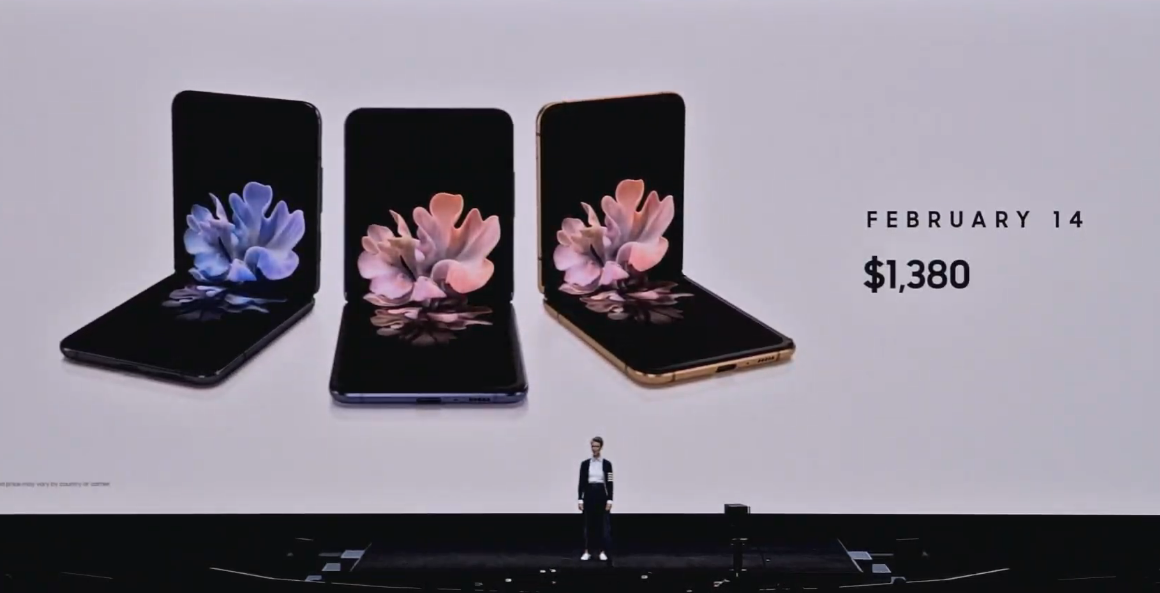 Now, the big question that remains is — when will Samsung launch its second foldable in India? There’s currently no information but we expect it to bring the Z Flip to the country soon.