Automation of everyday tasks can prove to be incredibly productive, allowing you to spend more time doing important stuff, and leaving the rest to your devices. Phones these days are called “smartphones” for a reason, and iOS devices are one of the smartest devices out there. You can use the various features of your iPhone and iPad to automate tasks that are “not as interesting”, or are incredibly repetitive. In this article on IFTTT Apps, I will tell you exactly how to use the apps offered by IFTTT for to automate tasks on iPhone, so that you get the most out of your iOS devices and get more time for stuff that matters more. Before we get to automating your iPhone or iPad, let’s talk a bit about IFTTT, shall we?

IFTTT stands for “If This Then That“, which is exactly how the app works. You set up an “if” condition, and a “then” response to that condition. The response gets executed whenever the “if” condition is fulfilled. These sets of “if and then” are called recipes.

The reason why IFTTT is such a useful app, is that once you have set up the recipes you want, in the manner you want them, you don’t need to worry about it anymore. IFTTT works in the background, automatically checking for fulfilled conditions and executing recipes accordingly, on its own. Now that you know what IFTTT is, here’s why you should automate tasks on iPhone:

Various tasks can be time consuming, and honestly, they can be too much of a fuss to be carried out regularly. Think of it this way: You take a lot of pictures on your smartphone and upload them to Dropbox, so that you can safely delete them from your phone, thereby saving physical storage space on your device. Wouldn’t it be great if all you did was take a picture and it automatically backed up to Dropbox? IFTTT apps can do that.

Let’s take another example, just to drive the idea home. Suppose you like to store your receipts in a digital form, so you take pictures of them and then, you don’t need to worry about keeping the physical copy safe, so you compile the images in Evernote. Isn’t it better if all you did was take a picture of a receipt and it automatically curated itself into a notebook in Evernote? Again, IFTTT apps can let you do that.

Now that I have you convinced about the usefulness of automated tasks, let’s discuss the IFTTT apps that can help you automate almost everything you do on your iOS device.

IFTTT was originally just one single app, called IFTTT. It allowed people to create simple “if this, then that” type workflows on their devices. Then, in February 2015, IFTTT rebranded their app to “IF”, and also launched a new suite of apps, called “Do”.

The apps now offered by IFTTT are:

How to Create Recipes

Creating recipes on any of the apps offered by IFTTT is not too difficult, and there are a lot of published recipes that you can refer to, if you want to figure out how to accomplish a particular task. Chances are, the tasks you want to automate have already been published by someone else, so you can simply use their recipes, or make changes to their recipe and tailor it to suit your needs.

You can head on to the IFTTT Recipes page to check them out.

I’ll walk you through creating recipes for each of the apps mentioned in this article. I’m assuming you have already signed up on IFTTT and downloaded the IF, Do Button, and Do Camera apps.

1. Creating Recipes on IF

Here’s a step-by-step explanation of how you can go about creating a recipe on IF that automatically saves new pictures you take into Dropbox. 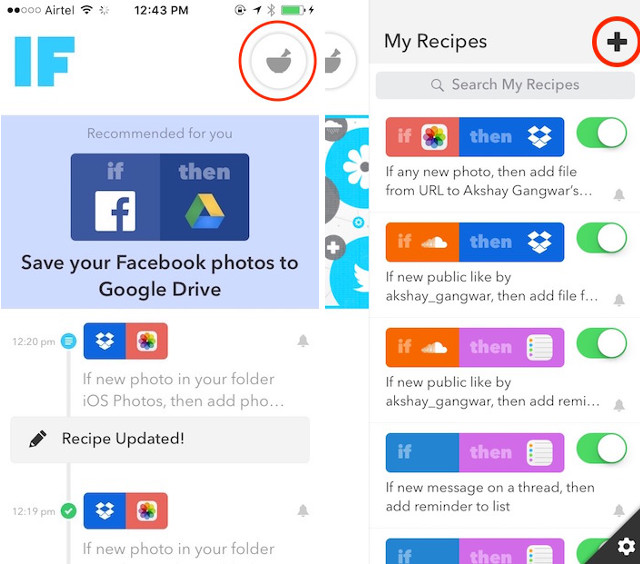 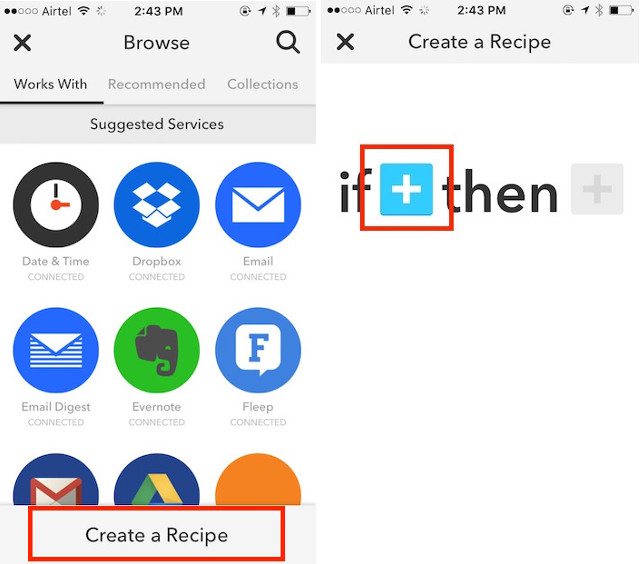 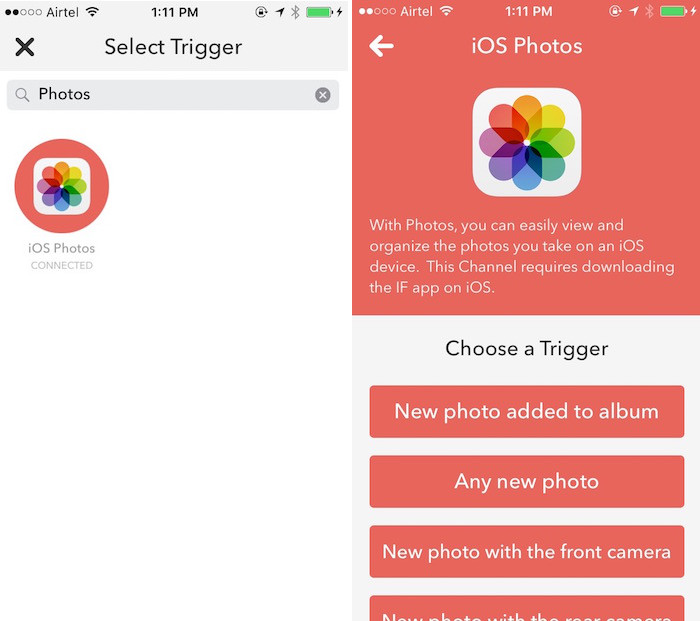 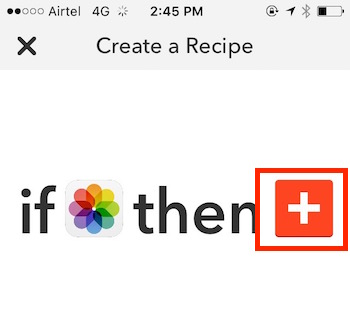 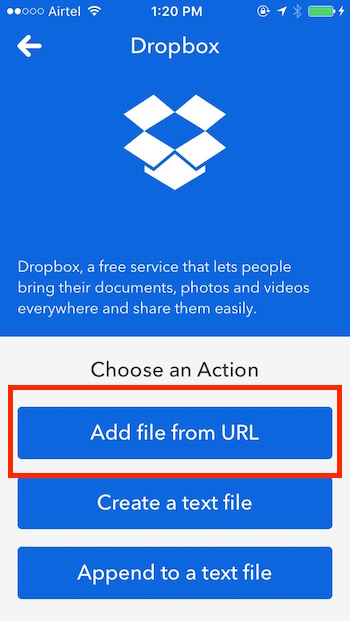 Note: Leave the File URL as PrivatePhotoURL only. 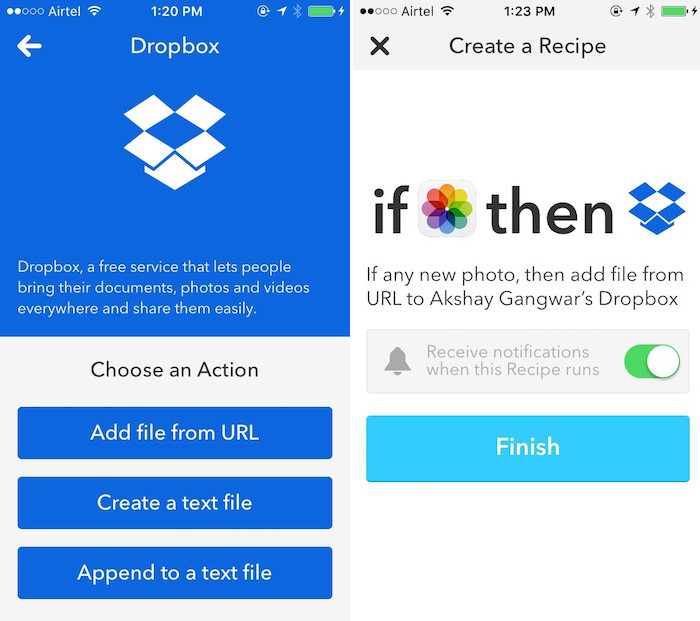 2. Creating Recipes on Do Button

“Do Button” allows you to create single tap, customisable actions that are executed whenever you tap the button in the app.

Suppose you want to send a direct message to someone on twitter, saying that you’re about to reach home. Normally you’ll have to open the Twitter app, search for that person, tap on the “direct message” option, type the message, and then press send. Doing this once, or maybe even twice might not pose that big an issue, but if you have to do a task such as this repeatedly, it’s just better to automate this.

Although, creating recipes on Do Button is a very simple task, I am still presenting a step-by-step approach to automating the Twitter DM task. 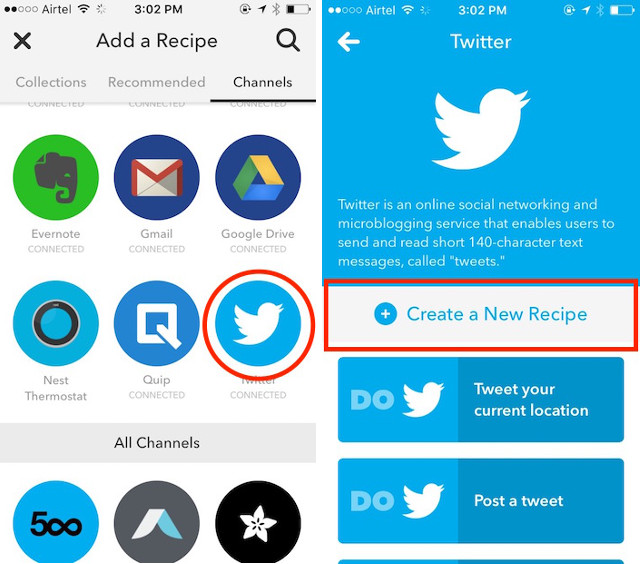 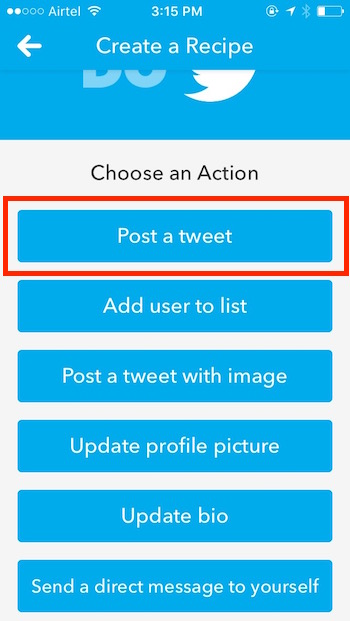 That’s all, folks! You should now see a button with the Twitter icon on the home screen of “Do Button”.

Note: If you have more than one recipe, you can swipe left-to-right, or the other way around to switch between various recipes that you have.

3. Creating Recipes on Do Camera

Remember the use case I mentioned earlier? About how some people like to store their receipts in digital form? I’m one of those people. It’s just easier to store receipts digitally; plus I can sort them by date/name if I want to. Do Camera makes it incredibly easy to add images of receipts to my “Receipts” notebook in Evernote. Plus, there is a plethora of applications to improve Evernote’s functionality.

You may find other uses for Do Camera, including the one that we used “IF” for: automatically saving images to Dropbox, but I’m presenting a step-by-step walkthrough of how I set up Do Camera to make my life easier. 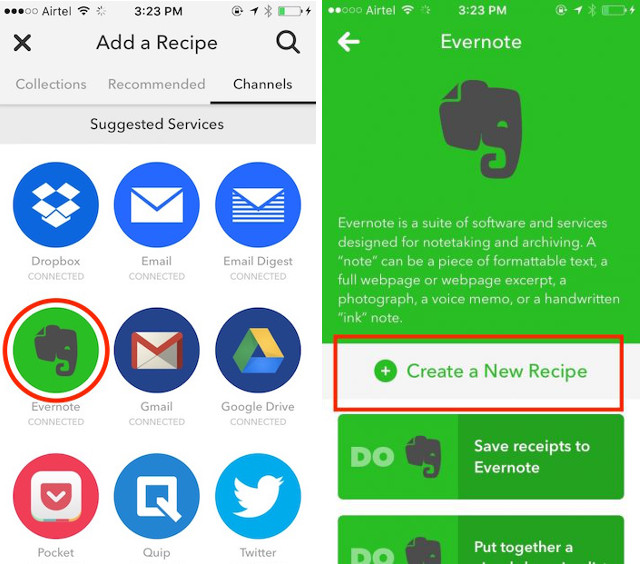 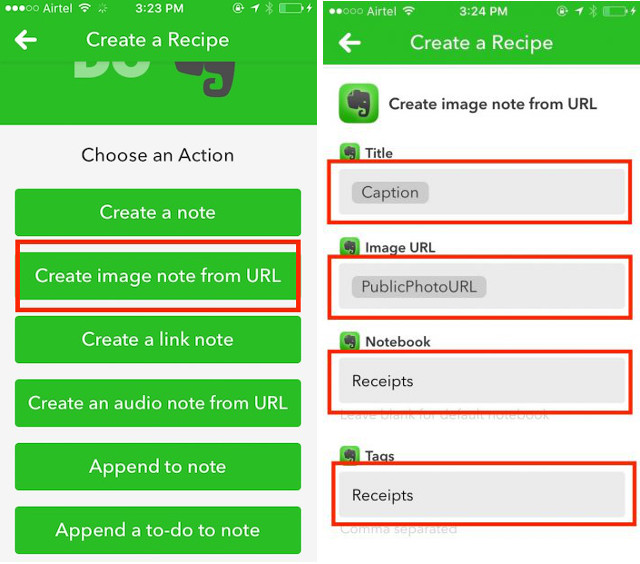 That’s all you need to do. Whenever you take a picture from “Do Camera” now, the image will get saved to the “Receipts” notebook in Evernote.

Note: On my first install of “Do Camera”, the Recipe icon on the bottom-right was not visible and did not respond to taps. If you encounter a similar issue, simply uninstall the app, and reinstall it.

Note: You can click on the images to go to the recipe pages.

1. Document Your Daily Fitbit Activity in a Google Spreadsheet 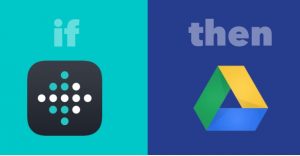 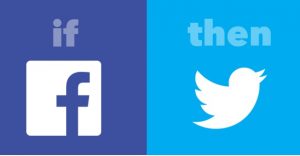 1. Track your work hours in a spreadsheet: 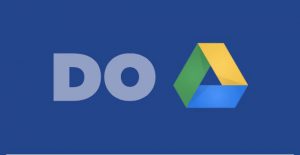 2. Get yourself out of an awkward situation: 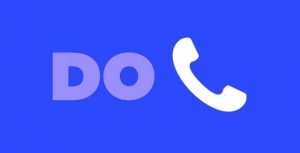 1. Save Receipts To Evernote 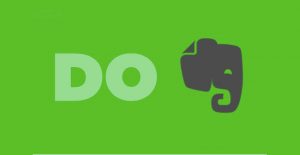 2. Save a Photo to Dropbox 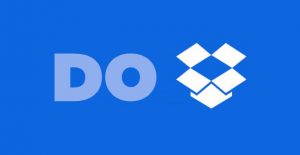 By now you must have realised the advantages of automating tasks. I encourage you to visit the IFTTT site and explore the available channels, and the published recipes. Published recipes can be used directly, or you can tailor them to your own needs by editing the various parameters that they use, to custom fit them to the way you want them to. You can also use the published recipes as a starting point to learn how to create IFTTT recipes and to build upon and create even better recipes. So, create recipes according to your needs and share your favourite ones with us, in the comments section  below. We look forward to hearing from you!

How to Automate Tasks on Windows 10 to Save Time

This Robot Prepares a Pizza Every 30 Seconds

How to Use IFTTT with Google Home

8 Unique Ways to Use NFC Tags with Your Android Phone

How to Check NFC Support on Your Android Smartphone