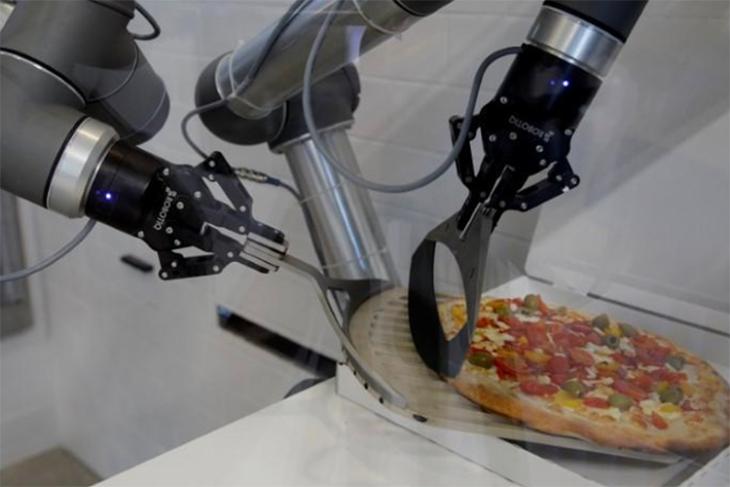 If you’ve ever stood there enchanted, watching a pizzaiolo swing flexible frisbee of dough in the air (even if you’ve watched it on TV), you would appreciate the craft. But to compete with traditional hands, there is the new robot by a French startup which has three arms and can prepare a to-be-baked pizza in just 30 seconds, bringing the time for preparing pizza down to only 5 minutes.

The startup, called “Ekim”, has one ambition and it is to speed up the making and delivery of pizza. Reuters reports that the three-armed pizzaiolo will soon be deployed in an autonomous restaurant that delivers food 24×7. 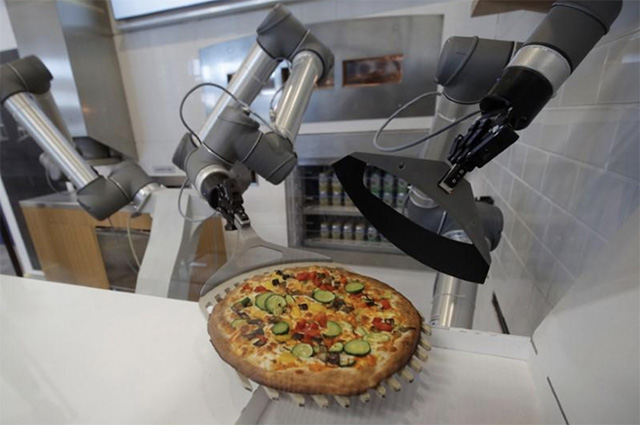 While the robot is not necessarily faster than an Italian chef, its three arms allow it to perform multiple tasks at once and deliver up to 120 pizzas each hour. This is three times what a human pizzaiolo can prepare, claims Philippe Goldman, the CEO of Ekim.

The robot works pretty much like a vending machine but instead of hoarding pizzas, it will prepare fresh ones, based on the orders from customers. People will be able to choose from a variety of options for customizing things like the cheese to be used, the pizza base, size, toppings etc.

The pizza-making robot also emphasizes strongly on the quality of the pizza, and not just speed. People “have to choose between time and food quality. What we’re doing is providing both“, says Goldman. 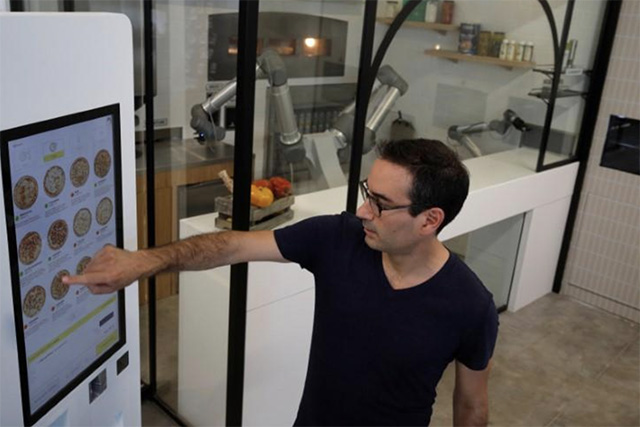 Automation has been helping the restaurant industry flourish with robots doing the mundane work while humans supervise over them. Not just the West, robots are slowly making their way into restaurants in India for the purpose of serving customers. A Chennai-based oriental restaurant is actually using robots to serve food and this has been an attractive site to witness.

This is just the beginning and robots have a long way to go before they can operate in a restaurant independent of human intervention or supervision, primarily because humans are much better at examining food items qualitatively.

How to Automate Tasks on Windows 10 to Save Time