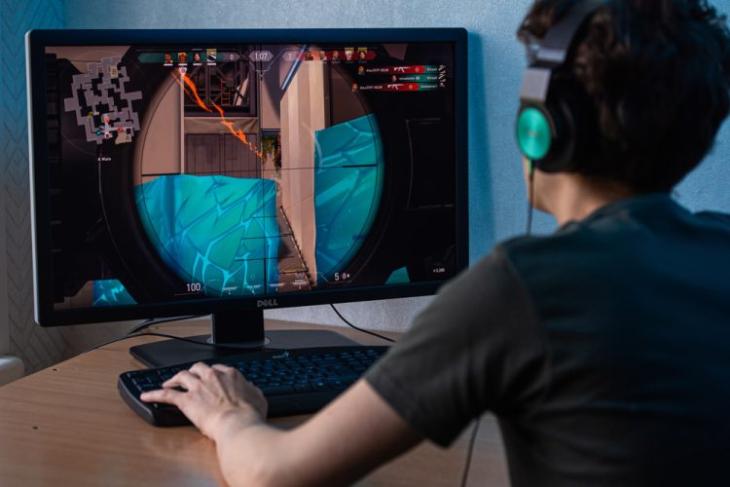 Earning Experience Points (XP) in video games is an important element, especially in FPS games such as Fortnite, PUBG, or Valorant that have a rewards system. Now, if you have just started playing Riot Games’ popular FPS title Valorant, you might want to know how you can gain XP fast. Well, it enables you to unlock new agents, rewards like gun skins and buddies, and other in-game items. So, if you are looking for ways to quickly get XP in Valorant, you have come to the right place. Read this article till the end to know how to gain XP fast in Valorant and how you can use your hard-earned points in the game.

The most effective way to earn XP fast in Valorant is by playing the game’s different modes. You can earn XP in Valorant by simply playing any of the 5 game modes — Unrated, Competitive, Spike Rush, Deathmatch, and Escalation/ Replication. Although there is a custom mode as well, it does not let you earn XP in the game. So, if you are wondering which Valorant game mode gives the most XP? Well, keep reading to find the answer.

Playing an Unrated game in Valorant means you will be playing just for XP and not increase your competitive rank. It is one of the easiest ways to earn a huge amount of XP in a single game. However, it is worth mentioning that you will need to complete each match, whether you win or lose, to gain the points at the end. If you start the game and go AFK (away from keyboard), Riot’s anti-cheat system Vanguard might put a temporary ban on your account.

So, if you complete an unrated game and win it with a great margin, you can earn up to 4,700 XP per game. If you lose the game, on the other hand, you will still gain some points, but it will be a lower amount. Nonetheless, playing an unrated game is one of the best ways to earn XP and test new agents, weapons, and strategies without putting your competitive rank at risk.

However, it is important to note that unrated games take longer to finish as players need to play 24 or a minimum of 13 rounds to complete the game. Each unrated game takes around 30 to 40 minutes. So yeah, there’s an even quicker way to earn more XP in Valorant, which we will discuss below.

The Competitive mode in Valorant is exactly like the Unrated mode. Though winning or losing a competitive match will affect your account rank in Valorant.

Spike Rush is a short-match mode in Valorant that requires a player to play only 7 rounds per match. So, it is a relatively quick way to earn XP in Valorant. However, unlike Unrated and Competitive modes, Spike Rush will only let you earn a flat 1,000 XP per match.

Nonetheless, as the Spike Rush matches are much shorter (~8 to 12 minutes) than the above modes, you can play multiple matches in quick succession to earn a significant amount of XP. However, it is worth mentioning that you won’t be able to use a gun of your choice in Spike Rush matches as you can in Unrated and Competitive modes.

Now, you can play five to six Spike Rush games in the same amount of time it will take you to finish an Unrated or Competitive match. So yeah, I believe the Spike Rush game mode gives the most XP in Valorant as compared to other game modes.

Deathmatch is another short-duration game mode that only allows players to fight with guns and no abilities. From an XP-earning point of view, you will only be able to earn 900 XP per match, which ends when a players get 40 kills or the 9-minute time limit is reached.

However, the 900 Experience Points are much better as previously Riot offered only 500 XP to players per deathmatch. It was increased to the current amount only after players complained about the painfully low XP gains from deathmatch games. Though you can play multiple matches in quick succession, the lower XP reward makes me place it below Spike Rush to gain XP in Valorant.

Escalation/ Replication (Earn up to 1,000 XP per Match)

Escalation or Replication are two game modes in Valorant that cycle weekly. Escalation is a free-for-all kind of game mode, whereas the Replication mode lets all five players in a team choose a single agent to play a match.

As for the XP earnings, Escalation and Replication modes both offer 800 XP per match. However, if you win a match, you will gain an extra 200 XP to make it an even 1,000 XP. These modes are also much shorter compared to Unrated and Competitive. These take around 8 to 10 minutes to complete one match, putting them at the top rung alongside Spike Rush. These game modes are one of the fastest ways to gain XP in Valorant.

Other than earning XP through different game modes, you can also gain XP by completing the given daily and weekly missions in Valorant. These are in-game tasks you need to complete during your match to earn the points.

The Daily missions are simpler than the Weekly ones and expire within 24 hours. The Weekly missions, on the other hand, take much more effort and time to complete. Hence, they are available for a whole week before they expire. You can check out some of the Daily and Weekly missions to gain XP in Valorant right here:

The Daily and Weekly missions usually consist of tasks such as buying armor, buying guns, and using ultimate abilities a certain number of times or getting a kill with an enemy’s gun that you pick up during matches, getting a certain number of headshots, and much more. So, as you can imagine, these are simple and easy to complete if you play a game or two every day.

However, it is worth mentioning that Spike Rush matches, Deathmatches, and Escalation/ Replication matches do not affect your daily or weekly missions. You can only complete them by playing Unrated or Competitive matches in Valorant.

The Battle Pass is a paid way of earning some extra XP, along with some unique in-game rewards. The Battle Pass renews every two to three months in Valorant. It brings new rewards and XP earning capabilities each season. For instance, the current BattlePass offers a 3% XP boost per match to let you earn more XP than players who haven’t purchased the Battle Pass.

However, it is worth mentioning that you will require to purchase the BattlePass each season to get the XP boost in Valorant. It costs ~$10 (or Rs 799 in India) and will let you earn extra XP in every kind of match in Valorant.

How to Use Your Earned XP in Valorant

Now, coming to the actual usage of your hard-earned XP, well, it’s primarily used to unlock new agents like Chamber or existing agents in Valorant that are locked by default. It is also utilized in helping you advance Battle Pass levels in the game.

If you are unaware, when you start playing Valorant, only a few agents are unlocked by default. These include Sage, Sova, Jett, Phoenix, and Brimstone. So, if you want to unlock other popular and powerful agents such as Reyna, Omen, Killjoy, Skye, Yoru, or Viper, you will need to activate their “Contracts”. You can do this from the dedicated Agent tab in the game.

Once you activate an agent contract, this is where your hard-earned XP is put to use. You need to earn XP to level up your agent’s contract. What does that mean, you ask? There are 10 levels to unlock for each agent in Valorant. However, you will only need to complete 5 levels of the contract to unlock the agent and start playing with it. The other contract levels include agent-specific rewards like in-game sprays, gun buddies, and weapon skins.

Other than unlocking agents, the Experience Points are also used to advance the Battle Pass levels. Moving through the levels will earn you exclusive rewards, including unique Valorant ID cards, gun skins, Radianite Points (used to upgrade gun and knife skins), knife skins, and more. And as the Battle Pass is time-limited, earning more XP becomes an important task in Valorant for completing it before it renews for the next season.

So if you are getting into the game, you can use the above methods to earn XP fast in Valorant. Doing so will help you unlock agents and complete your BattlePass much faster. And if you complete your daily and weekly missions regularly, I’m sure you can unlock all agents in Valorant in no time. Meanwhile, while you are at it, read our in-depth coverage on how to change your display name and tag in Valorant or Valorant’s Public Beta Environment via the linked articles. If you have any other tips for players looking to gain XP fast in Valorant, do let us know in the comments section below.