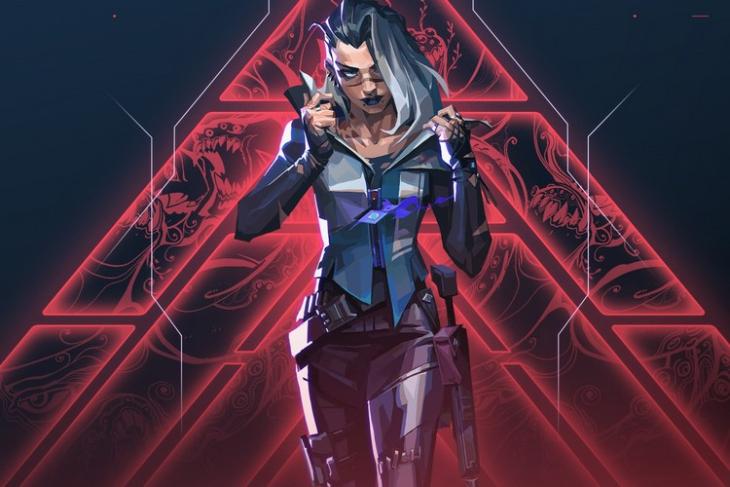 After announcing the newest initiator agent for Valorant last month, Riot has finally released Fade in the game with its latest Patch 4.08 update. So, if you were looking to gather more information about Fade or tips on using her unique abilities in Valorant, you have come to the right place. In this in-depth guide, we will explain all of Fade’s abilities in Valorant and provide you with tips on how to use them in your gameplay. Check out the details below, and be sure to read it till the end.

Everything You Need to Know About Fade in Valorant

Fade joins the Valorant roster as an initiator, and much like Sova, Skye, Breach, and Kay/O, she comes with a unique ability set to reveal, tag, and near-sight enemies in the battle arena. As per the game’s lore, she comes from Turkey and has the ability to tap into her enemy’s fears. You can check out the reveal video of Fade attached right below.

Fade comes with a variety of abilities that are perfect for an initiator agent. Her ability set can be seen as a mixture of Breach, Sova, and Skye’s abilities that lets her reveal nearby enemies, mark them with a trail, lower their health points (HP), and near-sight them. You can check out the official gameplay reveal video of Fade before moving on to the details about each of her abilities below.

Now, starting with the primary ability, Haunt lets Fade reveal nearby enemies, hiding in corners, for herself as well as her teammates. It is similar to Sova’s Recon Dart, though it marks the enemies only once after revealing. However, unlike Sova’s ability, Haunt tags the enemies with a trail, which Fade or any of her teammates can follow to locate them. The trail remains for a few seconds before being disabled.

Players can press E to equip the ability and then press the fire button (left mouse click) to throw it at a certain point. While the Haunt orb is in the air, they can press E again to drop it earlier than its projectile. However, it is worth mentioning that enemies can destroy the ability by firing.

Coming to the second one, Seize is essentially a binding ability that prevents enemies to run away from a location. With this, Fade can throw “an orb of nightmare ink” that will explode upon hitting the ground, creating a circular zone. Enemies caught in this zone will be marked with a trail and will not be able to move out of the radius of the affected zone until the ability fades out (no pun intended). Also, the opponent’s health will be decayed to 75 HP, and they will be deafened for the time being.

Players can equip the ability with the Q button and press the fire button to throw it. And much the Haunt ability, they can drop the Seize orb early on the ground by pressing Q again, while the orb is in the air.

The Prowler ability provides Fade with a set of hunting creatures, much like Skye’s Tasmanian tiger, to hunt down nearby enemies. Once an enemy is hit by a prowler, they get nearsighted, similar to the effect that Omen causes with his flash.

Now, once a prowler is deployed, players can hold their fire button to guide and turn the creature in different directions. Once the prowler sees an enemy, however, players can release the fire button and the creature automatically attacks the enemy. Moreover, once an enemy is marked by any of the above abilities (or the ultimate), the prowlers can follow the trail to automatically track the enemy.

Fade can use up to two prowlers in a round and enemies can also destroy the prowlers with their guns before they near sight them.

Lastly, Fade’s ultimate ability Nightfall is similar to Breach’s Rolling Thunder in terms of site coverage. However, instead of concussing the enemies, the ones who are caught in Fade’s ultimate get near-sighted, marked with a trail, and decayed to 75 HP for a short period of time.

Following the ultimate, players can combine Fade’s other abilities to completely disable the enemies. This way, players can clear an entire site for taking or re-taking after an enemy team plants the spike.

So, these are all of Fade’s abilities, explained in detail. Now, I’d suggest you move on to the following section to know how you can use them to their fullest potential.

Fade’s ability set makes her a perfect attacking/ initiator agent who can clear tough corners and block enemies from entering a site. These abilities are great for tracking down enemies, disabling their sight, and forcing them to run away from a particular point on a map for her allies to take control of the area.

Fade’s abilities also make her a powerful agent on the attacking side as she can solo push a site without the help of other teammates and clear it. You can check out my demo gameplay video with Fade attached below to get an idea of how you can use her abilities to get the most of out them.

Now, it is worth noting that the above gameplay is only for demonstration purposes. In actual ranked or unrated games, however, you need to be much more creative with the agent to get the best out of her abilities.

So, if you are a Valorant regular or were thinking of starting to play the game, I’d suggest you try out Fade in the game right now. However, before you go ahead, I should mention that you will need to unlock the agent either by collecting experience points (XP) or by paying Riot money. We suggest you check out our guide on how to gain XP fast in Valorant and adopt the former way. Also, let us know your thoughts about Fade in the comments below.