Skip to content
Home How To How to Activate Do Not Disturb (DND) on Jio, Airtel, Vi, and BSNL in India

To curb the menace of unsolicited marketing calls and spam messages, the Telecom Regulatory Authority of India (TRAI) instituted the National Do Not Call Registry (NDNC) in 2011. It allows telecom users in India to stop receiving annoying calls and messages from entities they have no business relations with. In this article, we will show how you can activate Do Not Disturb (DND) on all major telcos, including Airtel, Vi (Vodafone Idea), Reliance Jio, BSNL, and MTNL in India.

The National Do Not Call Registry (NDNC) is currently known as the National Customer Preference Register (NCPR). It includes a few new complexities but still allows the user to have the final say in whether they want to receive telemarketing calls and messages. So without further ado, let’s check out how you can activate DND (Do Not Disturb) for your Airtel, Vi (Vodafone Idea), Jio, BSNL, and MTNL.

What is the National Do Not Call or Do Not Disturb Registry?

The National Customer Preference Register (NCPR), formerly the National Do Not Call Registry (NDNC), is an initiative by the Telecom Regulatory Authority of India (TRAI) to stop telecom subscribers from being harassed by unsolicited commercial calls. Users can voluntarily sign-up for the service to prevent all unwanted marketing calls and messages whenever they want.

NCPR also lets you tailor the service to your needs. You can either stop all telemarketing communication en masse or receive calls and messages from select sectors of your choosing. You can also choose to put an end to only voice calls, text messages, robocalls, auto-dialers, or all correspondence, irrespective of the mode of communication.

Activate DND for Any Mobile Number in India

The following method works with any mobile number, irrespective of the carrier, in India. Follow the steps to learn how it works: 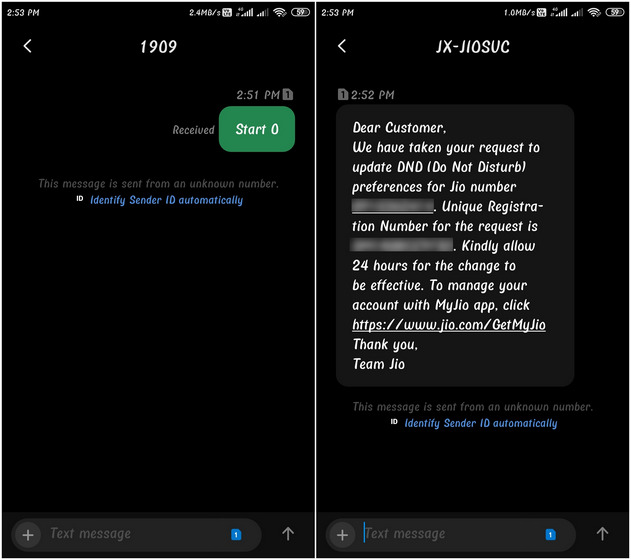 Do note that you will have to repeat the process for each number separately. If you wish to receive promotional messages or calls from particular sectors, you can activate DND only for the others. Follow the guidelines below to block certain types of promotional activity:

Activate Do Not Disturb (DND) on Reliance Jio in India

While the process above works fine for Jio, the company also offers you the option to activate DND using the MyJio app. Here’s how you do it: 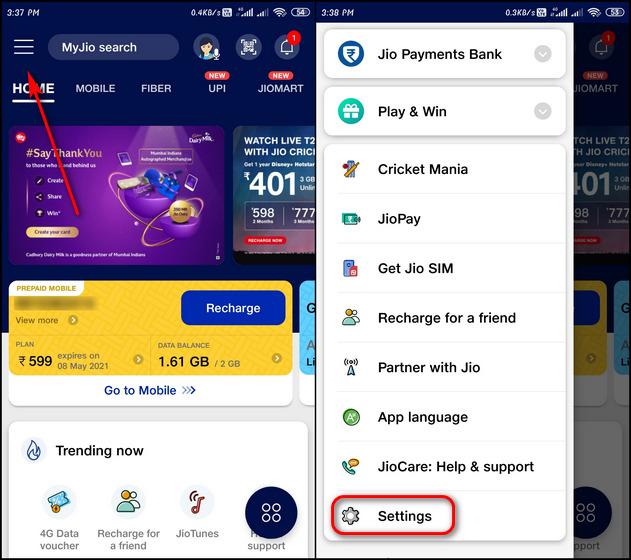 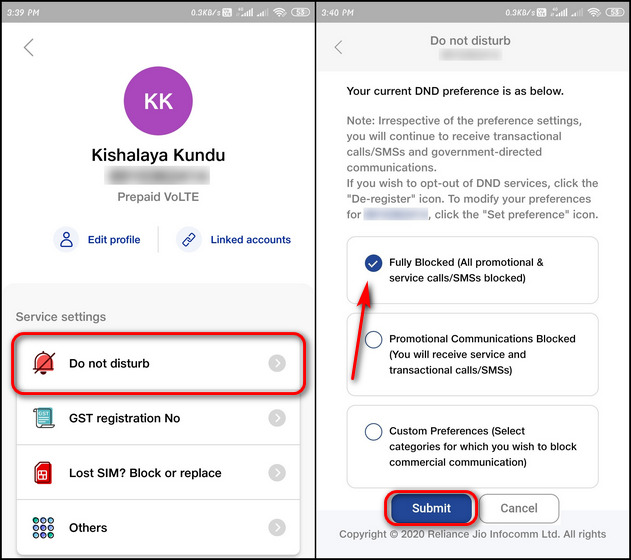 Note: You can choose to receive some transactional messages or commercial calls from businesses by selecting the second or third option. 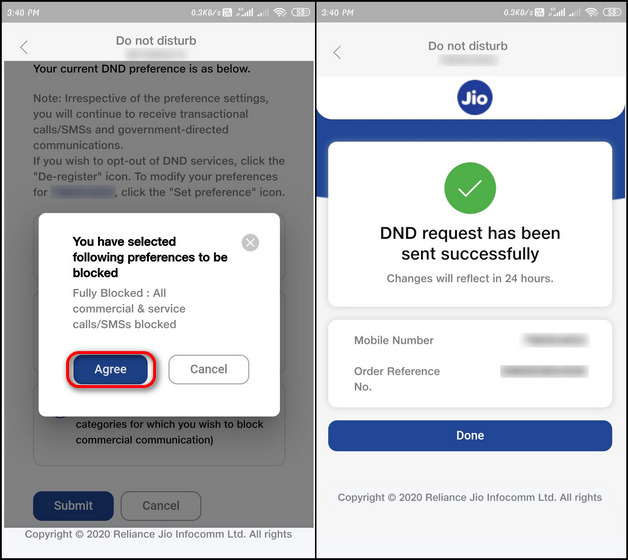 Activate Do Not Disturb (DND) on Airtel in India

The general method for activating DND works on all carriers, including Airtel. However, the Sunil Mittal-led telecom giant also offers users the ability to register for the National Do Not Call Registry via its own website in India. This method works for not only your mobile number but also your landline connection. Here’s how you use it: 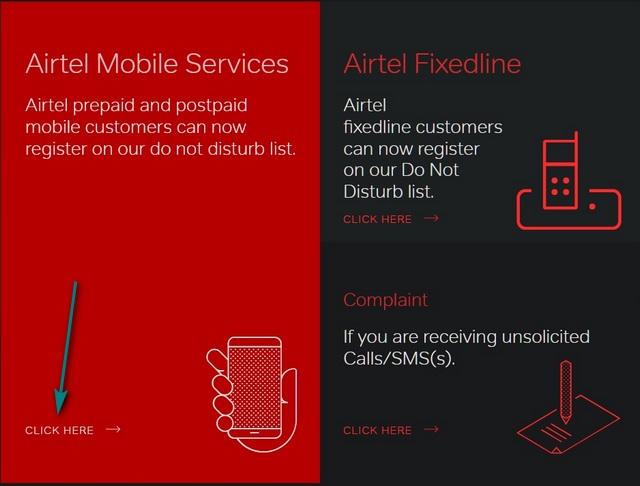 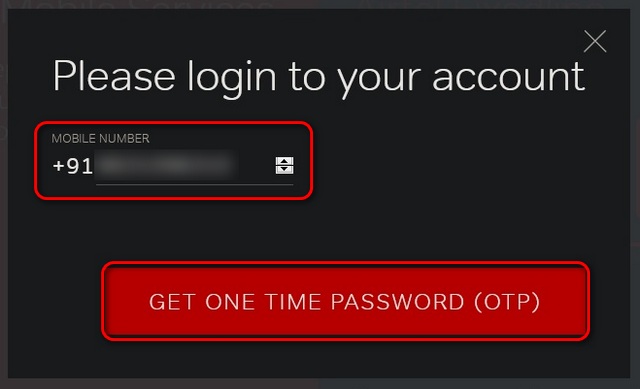 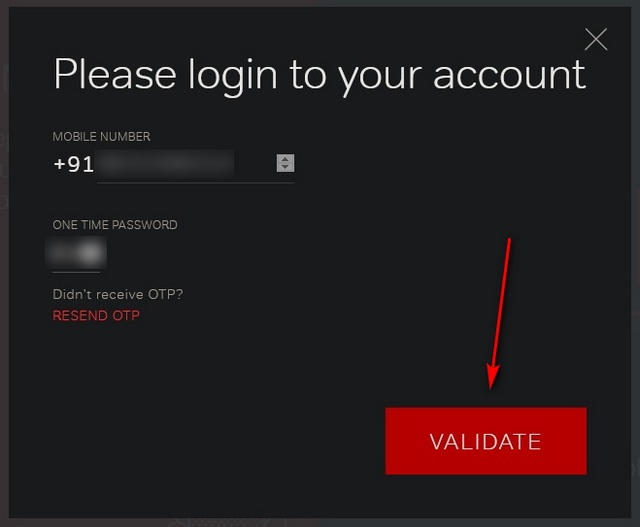 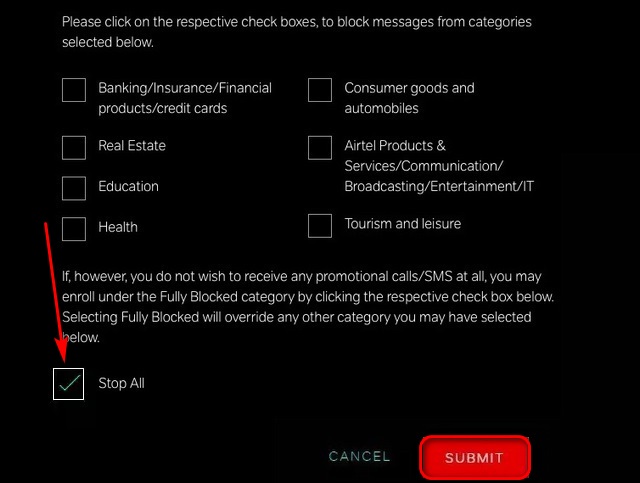 Activate Do Not Disturb (DND) on Vi in India

Like Airtel, Vi (formerly Vodafone idea) also lets you register for DND using its website. Here’s how you do it: 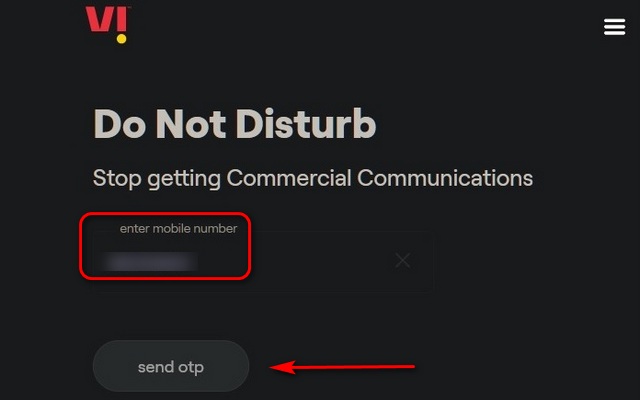 Once the carrier sends you an OTP, you can verify it on the website and follow the on-screen prompts to activate do not disturb for your Vodafone Idea number. Of course, as always, the TRAI-mandated general methods to activate DND work with Vi as well.

Activate Do Not Disturb (DND) on BSNL in India

For BSNL, the 1909 calling option didn’t work for me. Instead of offering me DND options, it kept sending me to a customer care executive for some reason. The SMS option worked, but it’s a little different from the other carriers. Here’s how you can register for the National Do Not Call Registry and activate DND on a BSNL mobile connection in India: 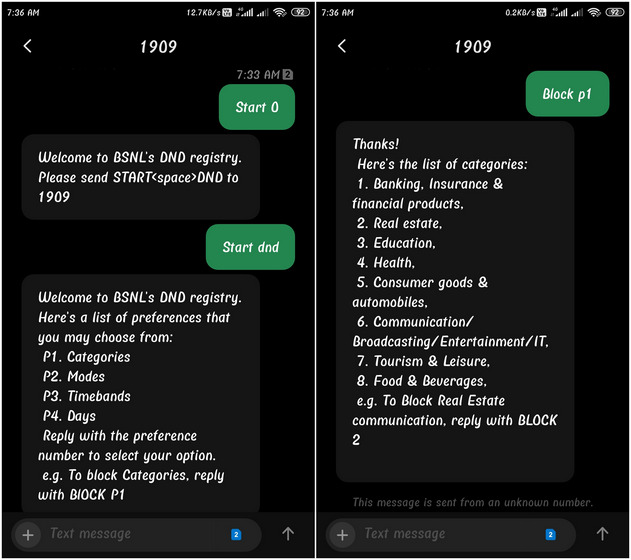 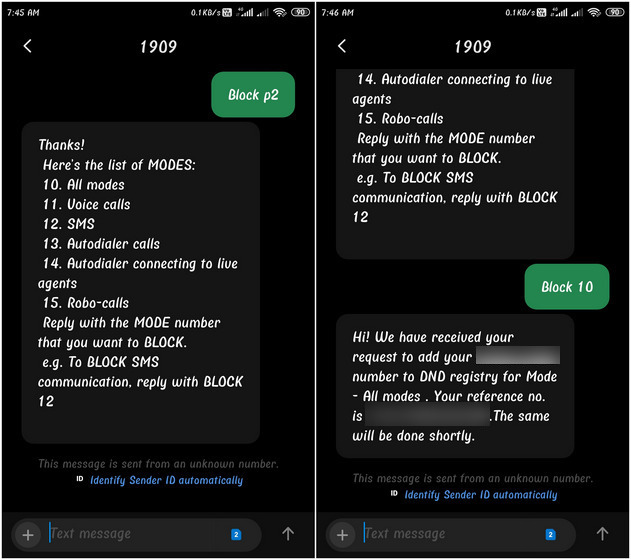 Things to Remember When Registering for Do Not Disturb in India

Registering for DND is generally a smooth process on most carriers, but there are a few things you need to remember.

The first thing to remember while enlisting for the National Consumer Preference Register (NCPR) in India is that it will only stop unsolicited third-party commercial correspondence from entities that do not otherwise have any business relationship with you. It will not block SMS alerts from your bank, communications from online portals and services, third-party personal calling, etc.

TRAI allows carriers up to 7 days to implement the DND request. So it might take a few days for the change to take effect, and you might still receive unsolicited marketing calls or texts in the intervening period.

Once you request enlistment or want to change your earlier preference, you won’t be able to make another change for the next 30 days. After that, you can modify your preferences any time you want. However, you will again have to wait for another 30 days to make any changes to the existing settings.

De-register From National Do Not Call Registry (Do Not Disturb)

In India, you can de-register from the National Customer Preference Register (NCPR) or deactivate DND by calling 1909 or by texting “stop dnd” or “stop” (without quotes) to 1909. Again, it varies from carrier to carrier, but from my experience, stop dnd works on all carriers I tested. Do note that you have to wait at least 90 days from the date of activation to deactivate Do Not Disturb (DND) on your number in India.

Stop Telemarketing Calls and Messages on Airtel, Jio, Vi, and Other Carriers in India

The Indian telecom sector has grown in leaps and bounds in recent times, and so has the menace of unsolicited commercial calls and messages. So sign-up for the National Do Not Call Registry (NDNC) or activate Do Not Disturb (DND) in India to ensure your privacy and peace of mind. You could also rely on some popular SMS organizer apps to weed out the spam and telemarketing messages from important communication.