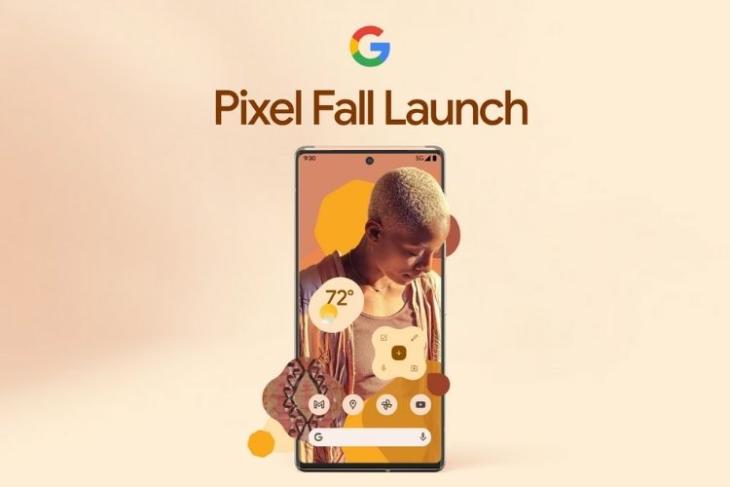 Putting an end to the speculations, Google has confirmed the launch date for the flagship Pixel 6 series today. In an official tweet, the Mountain View giant announced that the Pixel 6 and Pixel 6 Pro will be unveiled on 19th October.

The official tweet from the Made by Google account reads that the Pixel Fall Launch event will see the unveiling of the Pixel 6, the new Google phone, on 19th October at 10:00 AM PT (or 10:30 PM IST). This event announcement comes only a day after Google released Android 12 on AOSP, and confirmed that Pixel phones will be the first to get the new version of Android in the coming weeks.

The company has also set up a dedicated microsite for the Pixel 6 Fall Launch event, showing off the wallpaper-based Material You theme engine and new UI elements. It doesn’t reveal any new features of the upcoming Pixel 6 phones.

But well, we already know a lot about the Google Pixel 6 and 6 Pro ahead of launch. The company had first unveiled its upcoming flagship phones a couple of months ago. It not only gave us a sneak peek at what both the devices will look like but also revealed that they will be powered by an in-house custom chip called Google Tensor. You can check out a real-life hands-on video of a Pixel 6 Pro prototype right here.