Among the many new features in Android Pie, one of the biggest (and possibly one of the most useful) one was Digital Wellbeing — Google’s attempt at helping people regain control over their smartphone addiction. However, even now, the feature isn’t available on a whole lot of devices other than the Pixel line up of smartphones, and some Android One phones in the wild. So, if you’ve been waiting to get your hands on it, here is how you can get Digital Wellbeing on any Android phone running Android 9 Pie.

How to Get Digital Wellbeing on Any Android Pie Device

Previously, we’ve written an article about getting Digital Wellbeing on rooted Android Pie smartphones, however, not everyone wants to root their phone, and if you’re one of those people, this guide is for you.

Note: I tried this method on my OnePlus 5 running the Oxygen OS beta with Android Pie, and a OnePlus 6 running on the stable Android Pie based Oxygen OS. So the method should work on your phone too, as long as it’s running Android Pie.

Getting Digital Wellbeing is actually pretty straightforward. Simply follow the steps below to start using it on your Android Pie phone. 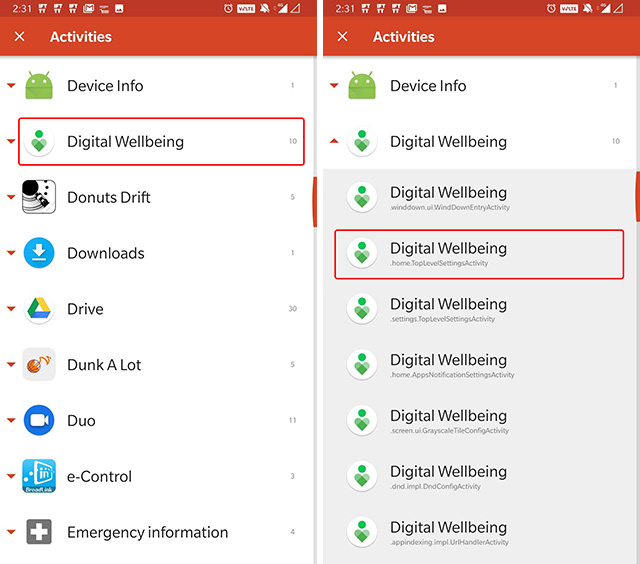 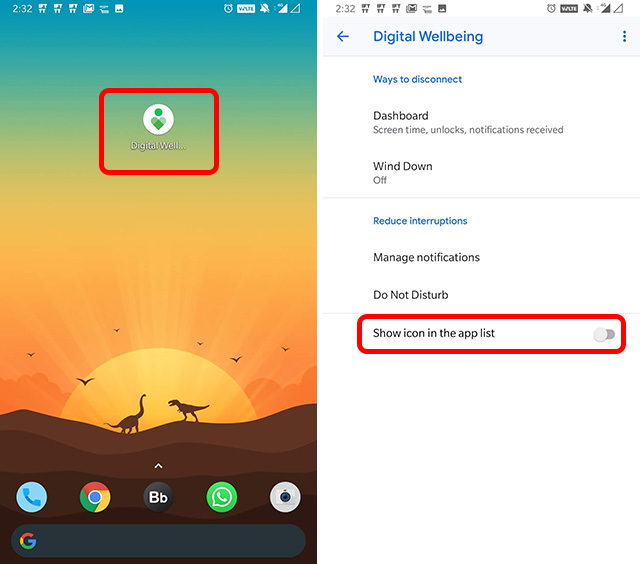 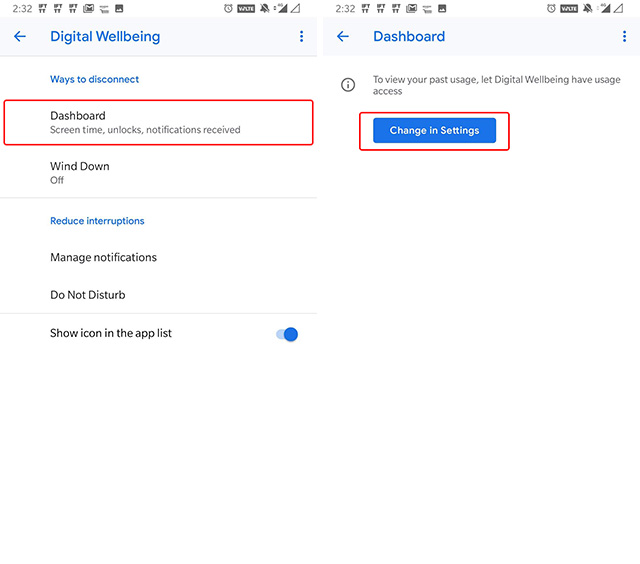 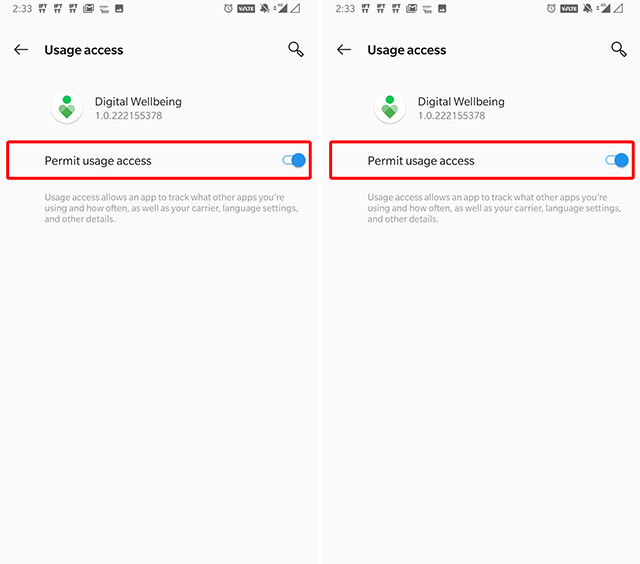 That’s it, you’ll now be able to use Digital Wellbeing on your Android phone without having to root it. However, all the features will not work on your phone. This has to do with the fact that a lot of the app’s features depend on privileged settings that can only be granted if you’re using a rooted device. For example, Digital Wellbeing requires permissions like ‘SUSPEND_APPS’ and ‘MODIFY_PHONE_STATE’ which are privileged settings. Therefore, the following things will not work:

Anyway, I’ll keep trying to figure out some way of getting these things to work, but in the meanwhile, you’ll be able to use Digital Wellbeing on your Android Pie smartphone to at least get an idea of how much time you’re spending on your phone, and on which apps. I’ll update this article whenever a fix for these features comes out, so check back for updates. Also, if you’d like to combat smartphone addiction by limiting your usage of different apps, you should check out some great app blocker apps as well.

Take Control of Your Smartphone Usage with Digital Wellbeing

That sums up our guide for installing Digital Wellbeing on any Android phone running Android 9.0 Pie. While you’ll currently not be able to set app timers or use the Wind Down mode without rooting your phone, you can still use Digital Wellbeing to get an idea of how addicted you are to your smartphone, and how many times in a day you pick it up, the number of notifications you receive, and more. Also, if you know of a way to get the Wind Down and App Timer features working without rooting or using Magisk, let us know in the comments down below. We’ll check it out for sure.