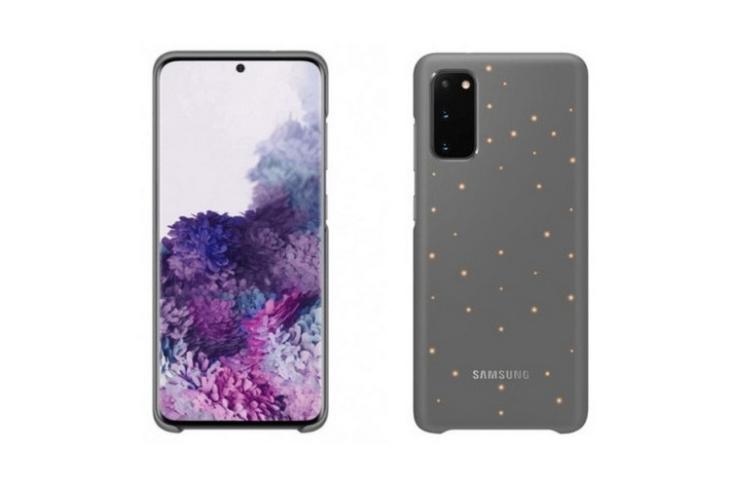 Following multiple leaks about its cameras, design and various other details about its hardware components and software features, the Samsung Galaxy S20 has now seemingly been leaked by the company itself. With barely days to go before its expected launch in New York, a number of images of the upcoming device, said to be official promotional renders, are believed to have been briefly posted one of the official Samsung websites in Europe, giving us our first official look at the upcoming handset.

Believed to have been first spotted by German tech blog, WinFuture, the images seem to confirm many of the rumors about the device, including its name. As can be seen from the screenshots, the device will seemingly come with a centralized punch-hole on the display to house the selfie-cam upfront, while the back apparently will have a rectangular housing for the triple-cam setup.

This isn’t the first time that Samsung has ‘leaked’ its own upcoming flagships, whether deliberately or accidentally. The exact same thing happened with the Galaxy Note 10 and Note 10 Plus just a day before they were announced last August, so this could very likely be a marketing gimmick that the company believes will help generate more attention for its next-gen flagships.

In case you don’t know it already, Samsung is expected to unveil its Galaxy S20-series at its ‘Unpacked’ event in New York City on February 11, where the company is also expected to show off its Galaxy Z Flip folding smartphone with a clamshell form-factor.