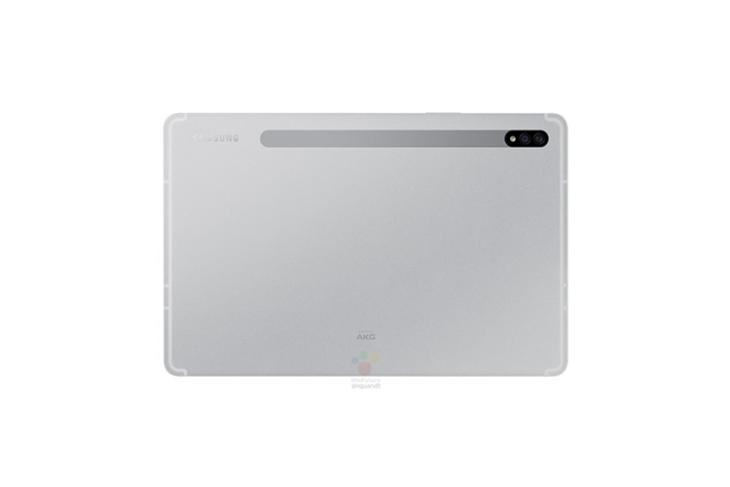 Samsung’s next flagship tablet is the Galaxy Tab S7 series, and by the looks of it, the South Korean giant is trying its very best to beat the iPad Pro this time around. After all, the iPad Pro is largely the best tablet out there, and most Android tablets can’t even come close. However, specifications for the upcoming Galaxy Tab S7 and S7+ have leaked out, and Samsung is improving quite a few things here.

For starters, the Galaxy Tab S7 series will come in two screen sizes instead of a single 10.4-inch tablet that we saw in previous years. The Tab S7 will have an 11 inch screen, while the Tab S7 Plus will come with a 12.4 inch display. For the unaware, the iPad Pro comes in two screen sizes as well, a smaller 11 inch variant and a larger 12.9 inch iPad Pro. Clearly, Samsung is trying to take on both the sizes this time around.

Under the hood, things are likely going to be as capable as possible. The tablets will likely come with the latest Snapdragon 865+ SoC paired with at least 6GB RAM and 128GB storage. Moreover, WinFuture suggests that there might be a 256GB variant as well, along with the capability to expand the storage to 1TB using a microSD card.

Those may not be the biggest numbers as far as Android spec-sheets are considered, but it’s definitely flagship material, and Samsung seems to be on the right track here.

Anyway, while the internals seem fairly similar between the two tablets, outside, the stories are starkly different. The leak corroborates earlier reports about Samsung using LCD panels for its tablet. However, it seems that the smaller 11 inch variant will use an LCD while the bigger 12.4 inch Tab S7+ will still feature an AMOLED panel.

That choice inevitably results in differences between both the tablets. For one, the 11-inch Tab S7’s display will reach a higher peak brightness of 500nits, and feature a 274ppi pixel density. Moreover, since it’s an LCD panel, the fingerprint scanner will not be under the display. Instead, it’s expected to be placed on the side, probably incorporated with the power button.

The larger 12.4-inch Tab S7+ on the the other hand, will come with an AMOLED panel with a 287ppi pixel density. The peak brightness for this display is expected to be around 420 nits instead of 500 like the Tab S7. However, this variant will also feature a fingerprint scanner under the screen.

While it’s a surprise to see Samsung switch over to using an LCD panel on its flagship tablet, the choice might help the company. After all, an LCD screen can reduce costs for the entry level variant, which in turn may make it more attractive to prospective buyers. Plus, the iPad Pro has an LCD screen as well, so Samsung clearly won’t be lagging behind in terms of the display.

Rather more interesting however, is WinFuture’s information about the S-Pen. The website says that the new S Pen with the Tab S7 will feature improved latency of 9ms. That brings the S Pen’s latency at par with the Apple Pencil, which is a pretty big deal. So far, the Apple Pencil has been undoubtedly the best out there. However, this new S-Pen might just steal away that crown.

The leak also gives away information about the camera prowess of the upcoming tablets. The Tab S7 series is likely to feature a dual rear camera with a 13MP primary lens and a 5MP ultra-wide angle lens. Both the tablets will shoot 4K video at 30 frames per second. On the front, you will get an 8MP f/2.0 selfie camera.

Samsung will also reportedly offer a new keyboard cover that comes with a built-in trackpad. That sounds remarkably similar to Apple’s new Magic Keyboard. Plus, you obviously also get DeX built in, so you can use the Tab S7 in a desktop set-up as well (although probably not with Linux anymore).

Both the tablets are expected to make an appearance at Samsung’s Unpacked event on August 5, where we will finally learn the pricing and availability details as well.