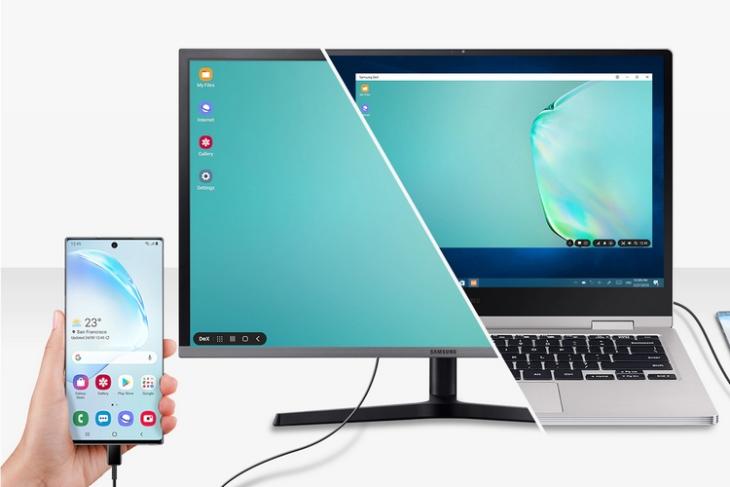 Samsung introduced DeX alongside Galaxy S8 as a method to quickly dock Samsung flagships to use as a PC. While the initial implementation required a dedicated dock, the company managed to implement it without a dock with the Galaxy Note 9. Now, Samsung is reportedly preparing a wireless DeX mode.

As spotted first by XDA Developers on Samsung Tips app, the South Korean tech giant is working behind the scenes to add a wireless Dex Mode to its flagship phones. “Use Samsung DeX on a TV without a cable. Start DeX from the quick panel and choose an available TV,” reads the description.

XDA spotted the feature in the “Become a power user” section of the Tips app. As you can see in the image above, the header of the feature reads “DREAM DEX HEADER USE DEX WIRELESSLY M TIPS”. The presence of “DREAM” in the header suggests that the feature may support devices newer than the Galaxy S8 series.

In addition, it appears like there will be gesture controls for navigating between the home screen and recent apps. As per the page, a swipe down gesture with three fingers will result in back action, whereas a three-finger swipe up will show recent apps. This would help to use the device more efficiently as a trackpad.

It won’t be surprising if Samsung decides to announce wireless DeX mode alongside Galaxy Note 20 series at its Unpacked event, set to take place on the 5th of August. We will be learning when that happens and hence, stay tuned for more updates.