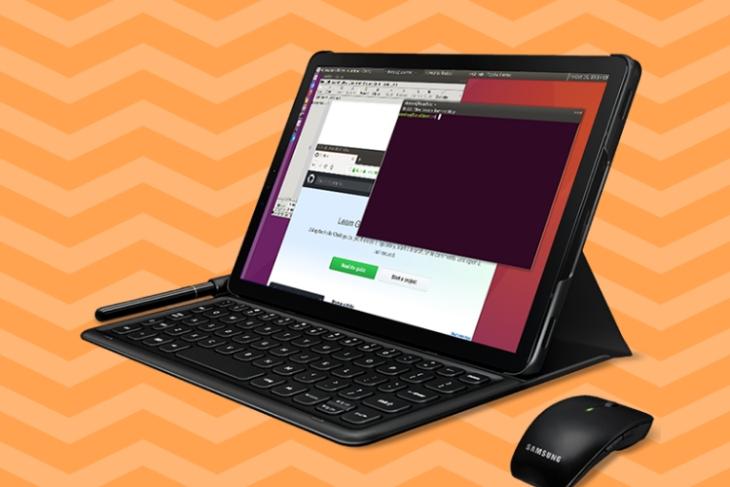 Samsung DeX, if you have heard of it, allows the users to turn their Galaxy phones into desktop PCs simply by connecting a monitor and other peripherals. The company made DeX more welcoming and useful for Galaxy flagship users by partnering with Canonical earlier last year. It made it possible for users to run a full Linux desktop instance on its DeX-supported flagship phones.

This was an amazing feature for developers and users who didn’t really like carrying a laptop with them. They could rely on their Galaxy flagship (including the Galaxy S and Note-series) for a desktop-like experience, running Ubuntu on the move. However, the response to Linux on DeX seems to have been lackluster and Samsung has decided to shutter this project.

The Korean giant is sending out emails to “Linux on DeX” beta testers, intimating them about the end of the beta program. But, then also drops the bomb about this project’s discontinuation, saying it won’t be supported on devices running Android 10. If you’re looking for the official email from Samsung, you can find its statement attached below:

Thank you for supporting Linux on DeX Beta. The development of Linux on DeX was all thanks to customer interest and valuable feedback. Unfortunately, we are announcing the end of our beta program, and will no longer provide support on future OS and device releases.

It’s disappointing to see the Linux on DeX project being discontinued only within a year, however, the company hadn’t actively been working on improving the feature. The beta testers could only download a three-year-old version of Ubuntu (Ubuntu 16.04) and any new features were out of the question.

Because of the aforementioned reasons, Samsung may have decided to discontinue the project and focus its resources on new technologies and features.