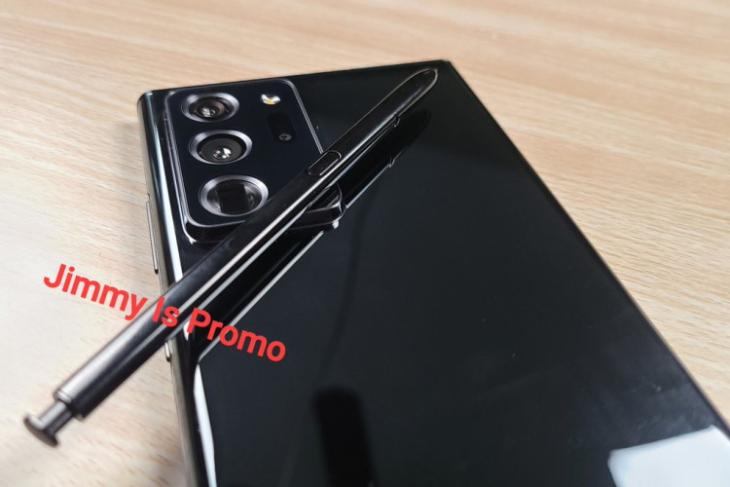 Posted to Twitter by popular YouTube creator Jimmy is Promo, we get an even closer look at the design of the Galaxy Note 20 Ultra. The leaked image shows off the glossy black back panel, along with the same colored S-Pen. It’s more subtle than the Mystic Bronze colorway that had surfaced earlier last week. 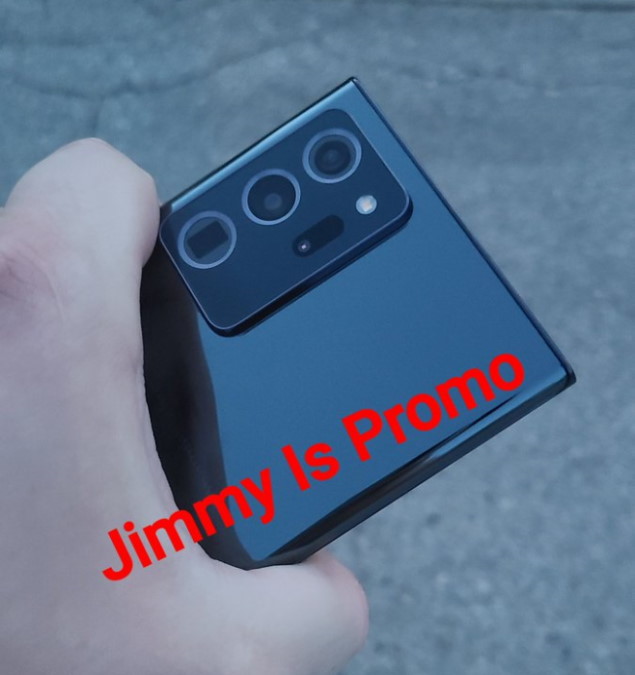 The image above also confirms the massive quad-camera system that will come baked into this smartphone. It will most likely include a 108MP primary sensor – the same as the S20 Ultra, an ultra-wide camera, a periscope camera (the third lens from the top) without the 100x Space Zoom feature. The fourth camera seems to be a TOF sensor.

The huge camera array will have an impact on the S-Pen placement. The loudspeaker and S-Pen will be moved to the left instead of being on the right this time around. The Korean giant doesn’t seem to have a big enough cavity (in length) for the S-Pen on the right.

Turning our attention to the front, the Galaxy Note 20 Ultra looks more chunky than its predecessors. It’s more squarish, coupled with curved edges, smaller bezels, and even a smaller punch-hole for the selfie sensor. The punch-hole is still present at the center and that’s good. The YouTuber further reveals that the device is going to run Samsung’s OneUI 2.5 skin based on Android 10 out-of-the-box. 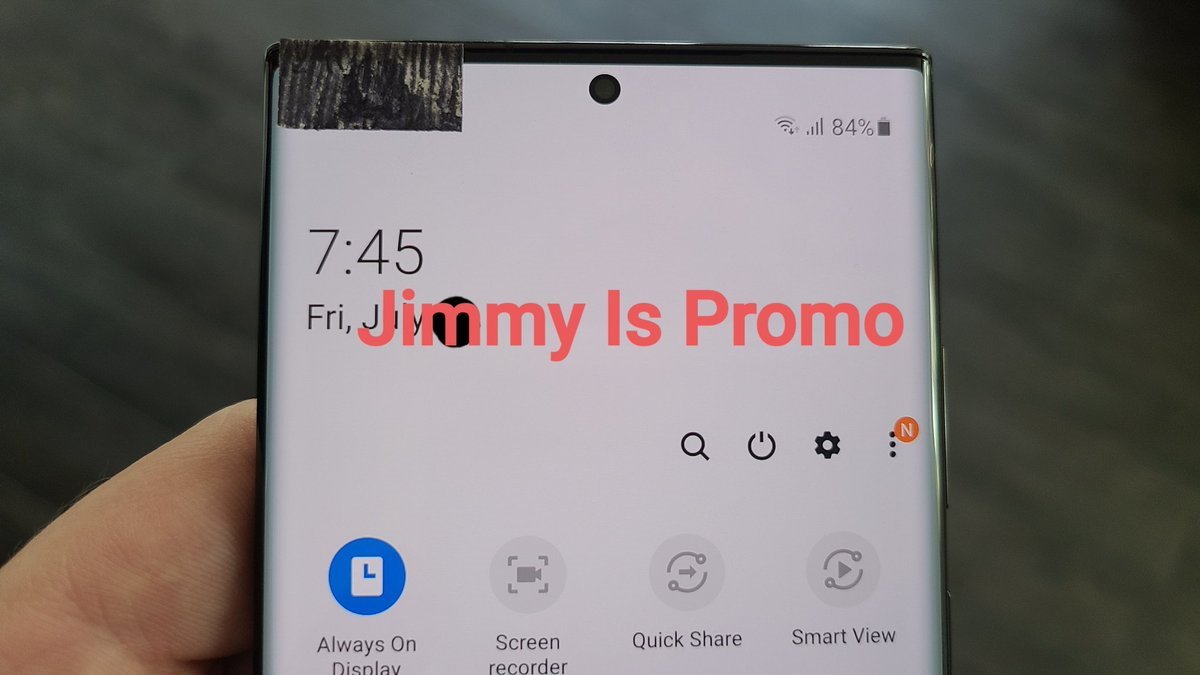 Galaxy Note 20 Ultra has already been spotted on the Bluetooth SIG website with the model number SM-N986U. Today, the device has been certified by the FCC (via MySmartPrice) today, revealing some of the key specs in the process.

The FCC listing confirms that the Galaxy Note 20 Ultra will be powered by Qualcomm Snapdragon 865 chipset with 5G connectivity support. It is, however, not known whether it’s the standard chipset or the unannounced Snapdragon 865+ variant. The Snapdragon X55 modem onboard will be responsible for 5G connectivity and we will also find up to 16GB of RAM and 512GB of storage.

Galaxy Note 20 Ultra is also confirmed to arrive with wireless charging in tow, thanks to the listing. This is, however, not new information as we already assumed that it will. The FCC certification does not reveal anything else about the device. It is rumored to arrive with a massive 6.9-inch AMOLED display with Quad-HD resolution and 120Hz refresh rate.

So yeah, Galaxy Note 20 Ultra will be yet another uber-premium and feature-packed offering from Samsung. It is expected to officially launch next month, so stay tuned for more information.