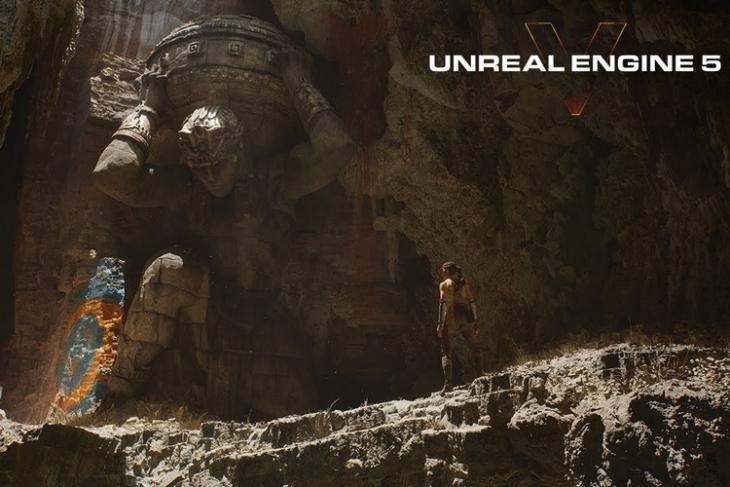 Epic Games has today announced the latest version of its game engine – Unreal Engine 5. The update brings two new major features to the game engine, which the company calls ‘Nanite’ and ‘Lumen’.

Nanite is a feature that focuses on virtualizing polygon geometry. The feature lets developers import high-quality assets such as ZBrush scripts, photogrammetry scans, CAD data without compromising on quality.

“Nanite geometry is streamed and scaled in real-time so there are no more polygon count budgets, polygon memory budgets, or draw count budgets; there is no need to bake details to normal maps or manually author LODs.”, explains the company.

Lumen, on the other hand, is the lighting system incorporated in Unreal Engine 5. The feature dynamically reacts to scene and light changes. The company says Lumen gives more flexibility to artists and designers to create dynamic scenes that would result in a more intuitive experience.

For demonstrating both of these features, Epic Games has released a video called ‘Lumen in the Land of Nanite’ running live on the PlayStation 5, which you can check out below.

Epic Games says Unreal Engine 5 will be available in preview in early 2021 and the stable release is expected to happen late in 2021 with support for consoles, PC, Mac, iOS, and Android.

The company mentions that Fortnite will be one of the first games to get Unreal Engine 5 treatment and the timeline for that is set for mid-2021. Fortnite built with Unreal Engine 4, however, will be available for next-generation consoles – PS5 and Xbox Series X at launch.