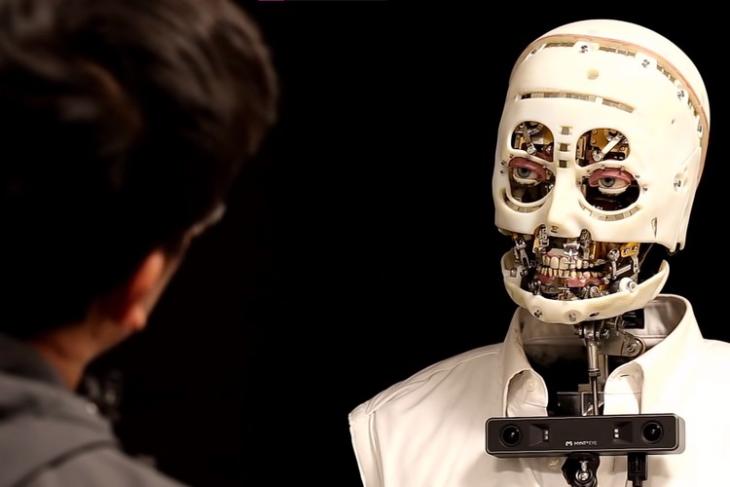 As we move closer towards a sci-fi-movie-like future, robots are becoming a powerful tool for companies and consumers for various tasks. So now, with an aim to make future humanoid-robots more realistic than ever, Disney has developed a system to give robots human-like features.

According to a recent official blog post, Disney’s research team has been working on a unique system for robots to make them more realistic. This system essentially converts a robot from looking like an AI-powered machine into a more human-like entity.

The features that are included in the system helps a humanoid robot to develop much more realistic head and eye movements. And to test out this new system, the research team made a pretty horrifying robot with a skinless-shell, a set of realistic teeth, and a pair of gazing eyes.

They even made an official video to demonstrate the tech. You can check it out right below.

Now, as you can see in the video, the feature-set in Disney’s new robotics-system enables the creepy-looking robot to be more human-like than an animatronic-machine. It blinks its eyes more naturally than ever and also mimics the head movements of a human being during a conversation.

The team was able to achieve this feat by using a chest-mounted image-sensing camera module. Hence, the system uses this camera to track the movements of a human who is interacting with it and adjusts its own movements to make them more natural.

The primary aim of the company now is to integrate this new system into various elements of its theme parks. This, as per the team, will deliver a much more realistic experience for visitors when interacting with the automated systems scattered around its recreational parks.

Moreover, the team behind the project believes that apart from integrating the system in its creepy, skin-less robot, researchers and robotics company can take this system to make future humanoid robots more realistic than ever.