The internet has created a giant economy around it that provides not just a stable source of income to millions around the world, but also helps people stay in touch with their loved ones regardless of the physical distance between them. But the real purpose of the internet, if we go back to its origins, was to make the huge repository of knowledge and information available to all in a way that will allow people not just access the info but also add to it without any restrictions or censorship. That approach, as we can all appreciate, has worked wonders for the most part, and trailblazers like Sir Tim Berners-Lee must be delighted to see his dream come to fruition in a manner even he could not possibly have envisaged thirty years ago.

However, letting anybody and everybody post on the internet anonymously has its own downside, which is why the spread of half-truths and whole lies has been a constant problem that netizens have had to deal with for years. The rise of online social media over the past decade, while giving voice to the persecuted and power to the oppressed, has unfortunately, also magnified and exacerbated the problem of lies and conspiracy theories being actively cooked-up and passed off as real news by various groups either for money or for political gain, or both.

With terms like ‘Fake News’ and ‘Alternative News’ entering our lexicon, it is now more important than ever to know if the stories we’re reading online are actually real, and not some elaborate, cynical concoctions that have very little relation to facts. That being the case, we thought it would be appropriate to give you a little heads-up about a few websites that do some serious fact-checking about some of the controversial and disputed stories on the internet in an attempt to separate the wheat from the chaff by presenting facts and hard evidence. So without any further ado, lets take a look at the very best fact checking websites on the internet today:

This is one of the oldest and most well-respected websites that investigates and debunks hoaxes and conspiracy theories. Whether it’s an urban legend, a folklore, a myth, a rumor or just any other piece of misinformation on the so-called “Information Superhighway”, you can rely on Snopes to set the facts straight. The site was started back in 1995 by California-based ex-couple Barbara and David P. Mikkelson who met each other on Usenet newsgroup alt.folklore.urban, and has become the preeminent fact-checking website on the internet. 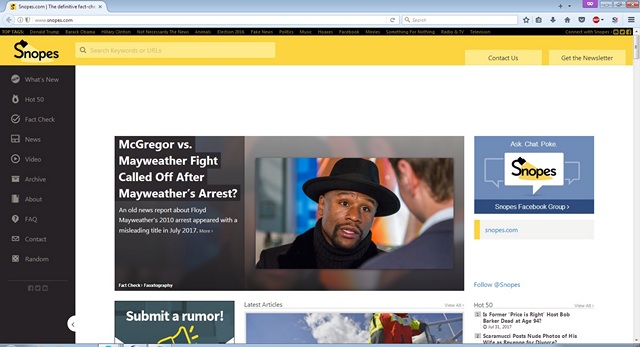 One of the best things about Snopes is that it always lists its sources that help it either validate or debunk a particular report. You’ll generally find the sources listed at the end of each article, which makes it easier for the reader to ascertain the veracity of a claim one way or another. Overall, if you read something on the internet that’s disputed or receive a viral video or chainmail claiming something outrageous, you’ll do well to check on Snopes to verify it.

FactCheck.org is yet another long-standing, reputable fact-checking site that was launched back in 2003. Unlike Snopes, which tackles a wide variety of topics, FactCheck is more geared towards U.S. politics, as are most of the other sites on our list today. However, the site also has a section called ‘Viral Spiral’ that’s dedicated to fact-checking the viral rumors and conspiracy theories that spread misinformation on the internet.

A project of the Annenberg Public Policy Center of the University of Pennsylvania, the site seeks to validate or debunk claims made by public officials, especially elected representatives, in an attempt to hold them responsible for their words and actions. FactCheck investigates political ads, debates, speeches, interviews and news-releases by various political parties, organizations, candidates and lobby groups to make sure that public discourse in the country remains accurate and factual in these increasingly fact-free times.

Hoax-Slayer.net, which previously operated as Hoax-Slayer.com, is another credible website that’s known to debunk false stories, fake news, viral internet rumors and urban legends. There’s actually also a dedicated section on the site that lists many weird and hard-to-believe emails and viral stories that are actually true for a change. Having started off as a Yahoo group in early 2003, the site actually came into existence only later that year. The idea of the site came to its Australian founder, Brett Christensen, because of a rumor about ‘Budweiser Frogs virus’ that he originally believed to be true, only to realize later that it wasn’t the case. 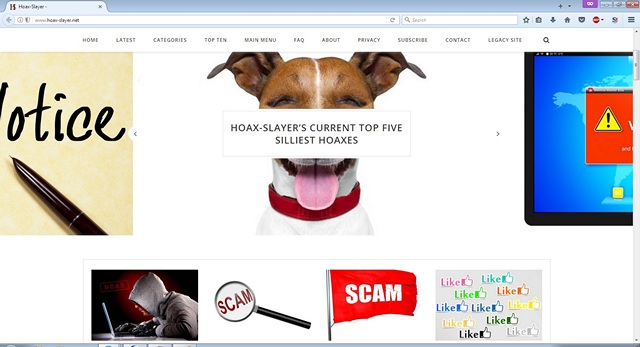 The site started off with the hoax-slayer.com domain, but is in the process of migrating to its new home at hoax-slayer.net, which has a new layout and an entirely new design. According to a post on the site’s ‘About’ section, Hoax-Slayer aims to “make the internet a safer, more pleasant and more productive environment by debunking email and Internet hoaxes, thwarting internet scammers, combating spam and educating web users about email and Internet security issues”.

PolitiFact, as it’s name suggests, is a fact-checking website that investigates and verifies various claims and counterclaims by American politicians, their aids, donors and office bearers, in an effort to separate facts from ‘alternative facts’. Run by journalists of Florida-based newspaper Tampa Bay Times, the website is widely recognized as one of the most credible sources of truth in U.S. politics, and even got the ‘Pulitzer Prize for National Reporting’ back in 2009 for its fact-checking initiatives during the 2008 U.S. presidential election. 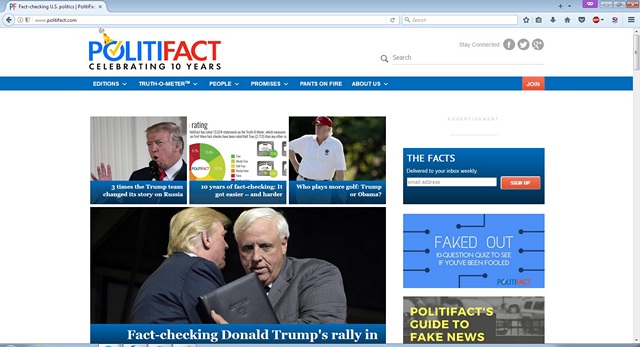 PolitiFact evaluates the veracity of political stories and, rates them on its so-called ‘Truth-O-Meter’ scale. Statements are generally rated either True, Mostly True, False and Mostly False, but the most absurd, disturbing or hilarious assertions get the ignominy of being assigned the “Pants on Fire” rating. As is to be expected from any political site, PolitiFact has often come under attack from both the left and the right, but most independent observers have, time and again, found the website’s fact-checking to live up to the highest standards of journalistic ethics.

Truth Or Fiction describes itself as a “mythbusting website” that was launched in 1999 by journalist Rich Buhler, and originally started out debunking e-rumors originating from chain mails, memes and other online sources. Over the course of time, the site has changed its course ever so slightly, and is now focused more on U.S. politics. The topics are given a wide range of ratings, ranging from Truth to Fiction, in case they can be indisputably proven to be either factual or fictional, as the case may be. In case the veracity cannot be independently ascertained, TruthOrFiction rates them “Unproven”, “Disputed”, “Reported to be Truth” or “Reported to be Fiction”. There’s also a “Truth and Fiction” rating for partially true stories that are interspersed with falsehoods. 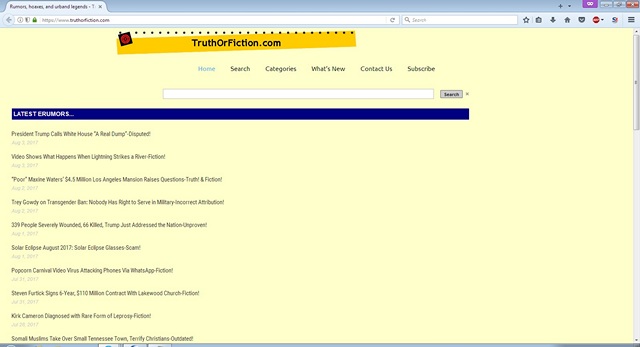 As mentioned earlier, TruthOrFiction didn’t originally start off by being a political fact-checking site unlike a few of the other names on this list. Instead, it addressed wild claims, pictures, gifs, images or stories that tend to resurface on the web periodically. However, the website has started to address current events in recent times, and is now updated each day with multiple entries that seek to either verify or debunk various stories concerning U.S. politics and public policies.

There are literally dozens of reasonably well-known websites that debunk internet hoaxes, fake news and conspiracy theories. One such site is AltNews.in (visit site), which deals with political news stories in India. With the mainstream Indian news media virtually taken hostage by populist rabble-rousers, there’s very little scope for dissent if you want to survive in the industry. However, AltNews tries to point out some of the obvious flaws in the corporate media structure in the country, and while it’s far from perfect (which is why it’s not on our list proper), it certainly poses some interesting questions from time to time. Another site called Social Media Hoax Slayer (visit site) also claims to separate facts from fiction in Indian politics, but like AltNews, needs to prove its non-partisanship over the long-term.

If you want to verify the science behind a particular phenomenon or check whether a particular reported incident has any scientific basis behind it at all, you can also hop over to The Straight Dope (visit site) or check out Discovery channel’s ‘MythBusters’ (visit site) both of which critique and challenge the pseudoscience behind myths and urban legends while offering reliable, rational and scientific explanations for those phenomena. Rational Wiki (visit site) is yet another source to verify scientific facts and phenomenon, although, being a crowd-sourced initiative like Wikipedia, it’s reliability and authenticity is only as good as the last edit, so you’ll need to remember that before accepting everything you see there as the whole truth.

Finally, if you’re in the U.S. and confused, bewildered or simply angry at the state of the country’s politics and, think that most of the country’s mainstream media, whether to the right or the left, are just pandering to their respective bases rather than holding up the best values in journalism, there are three websites you need to check out. Sunlight Foundation, a non-partisan, non-profit organization (visit site) whose stated aim is to make the “government and politics more accountable and transparent”, is trying to do just that through its website, by focusing the spotlight on the corruption, conflicts and chaos in the country’s political space.

Another organization that’s also taking similar initiatives is the Poynter Institute for Media Studies, based out of St. Petersburg, Florida. Poynter.org (visit site) publishes nuanced commentary and editorials about the happenings within the country’s media in an effort to hold a mirror in the face of some of the biggest names in the industry. While not strictly a fact-checking site, it often discusses some of the problems facing the industry that has given rise to the scourge of fake news and so-called alternative facts. Finally, Washington Post also has a popular “Fact-Checker” section (visit site) that investigates claims by American public figures and awards “Pinocchios” for demonstrable falsehoods.

While internet news was always sketchy at best, things have gone to a completely different level with the phenomenal rise of social media over the past few years. At a time when it’s becoming increasingly difficult to tell news from fake news and facts from alternative facts, many of the aforementioned sites are doing a stellar job keeping their readers well-informed in the face of a barrage of politically-motivated nonsense from various corners. So in case you want to check the veracity of a news item you saw on your Facebook feed or linked by someone on Twitter, do go over to one of these sites to check for its authenticity or lack thereof. And in case you know of any more reputable sites that are also in the same mold, do let us know in the comments section below. 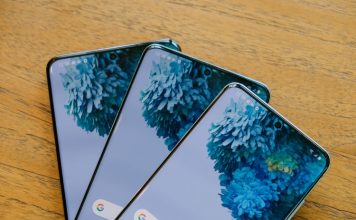 After the Quad-camera setup and faster charging, it's time for high refresh rate displays on smartphones. Smartphone makers have been launching some excellent devices...
Arjun Sha - Feb 27, 2020 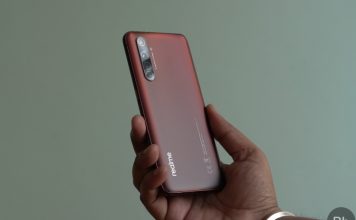 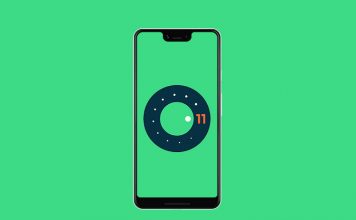 Google just released the first developer preview for Android 11 and while it's very early days right now, the update does come with its...
Akshay Gangwar - Feb 20, 2020 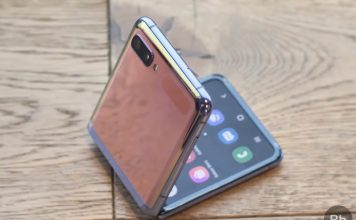 Merely a week after its official unveiling at the Galaxy Unpacked 2020 event in San Francisco, Samsung has brought its latest foldable phone, the...
Anmol Sachdeva - Feb 20, 2020 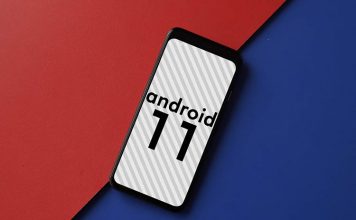 Android 10 was released in stable form just around half a year ago, and Google has now already released the first developer preview for...
Akshay Gangwar - Feb 20, 2020