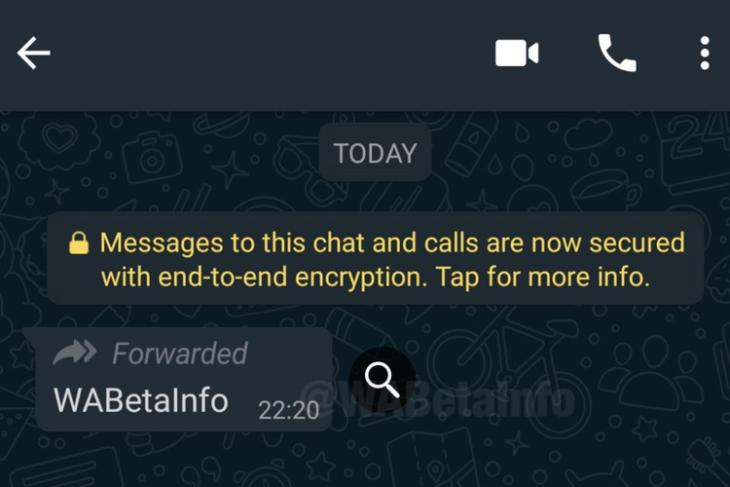 Almost a year ago, WABetaInfo reported that WhatsApp will be bringing a feature to search forwarded images directly from the app. However, that feature did not make its way to the app. Now, the same source is reporting that WhatsApp has recently submitted an update via the Google Play Beta Program that will be bringing a similar image-search feature, but for forwarded text messages. The app version will be 2.20.94.

Now, the way it works is really simple. When a user gets a forwarded message, a small magnifier icon will appear beside the message. When the user taps this icon, WhatsApp will ask for the user’s consent to upload the message on Google to search for it on the web. The user can just tap the “Search Web” button on the right to directly Google the text content. 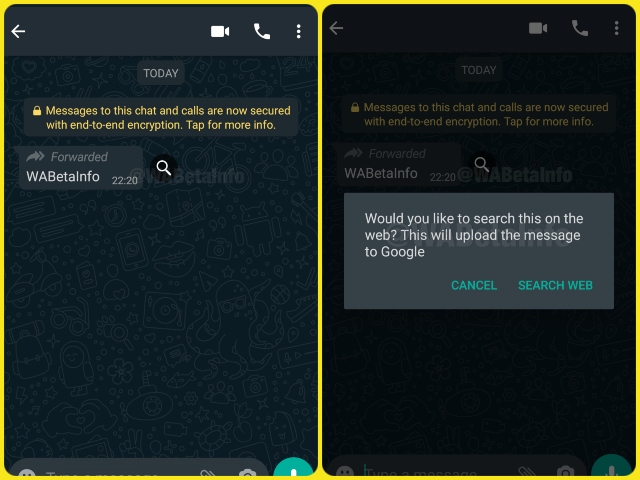 In my opinion, this feature will prove to be a really effective tool in fighting misinformation and fake news. I also think that WhatsApp should block the user from forwarding a message without verifying it first. This feature should be specially implemented in India, where people mindlessly forward anything and everything they receive on the platform.

WABetaInfo reports that the feature will be first coming to the Android version of the app. For iOS users, WhatsApp will be rolling out the feature subsequently.