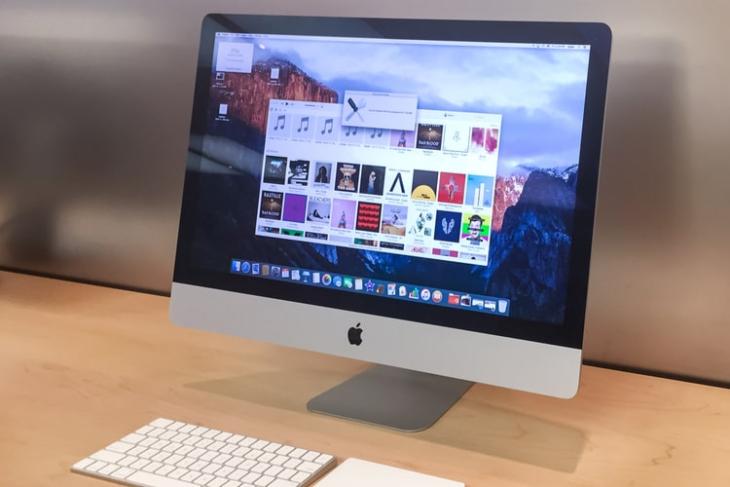 Last year, we saw Apple discontinue its 21.5 -inch Intel iMac post the launch of the new 24-inch redesigned iMac early in 2021. Yesterday, the Cupertino giant launched one of the most powerful all-in-one Mac desktops in the form of the Mac Studio alongside the 27-inch Studio Display. So now, the company has discontinued its 27-inch iMac model, eliminating the offering from its product portfolio.

This is a surprising move by Apple as it last updated the 27-inch iMac with SSDs, Intel’s 10th-Gen processor, and a nano-texture display in 2020. However, it seems like Apple now wants to offer only M1-powered iMacs across the board as customers only have the option to get last year’s 24-inch M1 iMac or get the latest Mac Studio powered by its M1 Max or the latest M1 Ultra chipset.

Now, coming to the key specs and features of the updated 27-inch iMac model, it came with a 10th-Gen Intel Core processor, with an option for a 10-core CPU, and 128GB of memory. It packed the Radeon Pro 5000 GPU to offer 55% better graphical performance than its predecessor. Furthermore, users could configure the all-in-one desktop with up to 8TB SSD storage.

Coming to the latest Mac Studio setup, it comes with either an Apple M1 Max or its most powerful chip to date, the M1 Ultra. The desktop can be configured with an M1 Ultra chipset to up to a 20-core CPU, a 64-core GPU, and a 32-core Neural Engine. It also has built-in speakers, an array of connection ports, and comes in a compact form factor. The Mac Studio is paired with the Studio Display, which is a 27-inch 5K display with a 12MP camera with support for Center Stage, and built-in speakers, and joins the 32-inch Pro Display XDR model.

Hence, for users who were hoping for a price reduction of the 27-inch iMac following the launch of the Mac Studio, it is disappointing. Also, it is currently unknown whether Apple will bring back the 27-inch iMac as part of its refurbished line of products in the future. Stay tuned for further updates on the same. Also, let us know your thoughts on Apple discontinuing its 27-inch iMac in the comments below.