Skip to content
Home News This AMD Mini PC Has a Fingerprint Scanner; Supports up to Four 4K Monitors 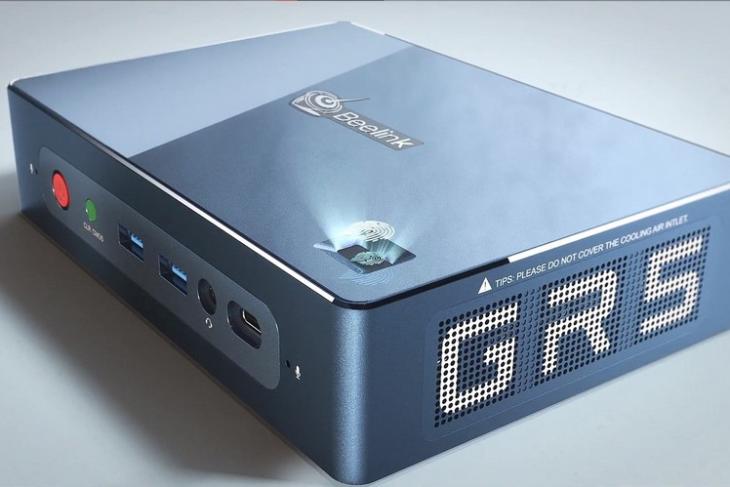 Even though there hasn’t been a demand-boom for pre-built, mini PCs, companies like Razer and Raspberry Pi are paving the way with their pre-built, compact PCs (personal computers). So now, AMD has also jumped on the bandwagon and unveiled a Ryzen-powered mini PC with an embedded fingerprint scanner.

Dubbed as the Beeling GT-R, this compact computer looks like a wifi-router without the antennas and packs a lot of stuff. It is a full-fledged computer with a dedicated CPU and an integrated GPU that can run four 4K monitors.

It comes with the Ryzen 5 3550H SoC which is a quad-core CPU with eight threads. There is also a Radeon Vega 8 GPU to run programs like Adobe Photoshop and Premiere Pro. The device comes with 16GB DDR4 RAM in a dual-channel config and packs a 512GB SSD, and a 1TB HDD to store your files, media, and games.

Now, apart from the above specs, the Beelink GT-R features a fingerprint scanner, which is unusual for a mini PC like this one. This is located on the top of the device and lets users authenticate their IDs using biometrics. We have seen this kind of fingerprint scanners in various laptops like the newer MacBooks. However, I have not seen a mini PC with the said component. So, this makes the Beelink GT-R somewhat of a unique device in its category.

On the exterior, along with the fingerprint scanner on top, the device also features an array of ports to connect various other components like mice, keyboards, monitors, thumb drives, and more. Although most of the ports are USB type-A, there is also a USB-C port and a headphone jack. At the back, there are air vents that release hot air to prevent overheating, and keep the device cool.

You can check out the official promo video of the Beelink GT-R right below.