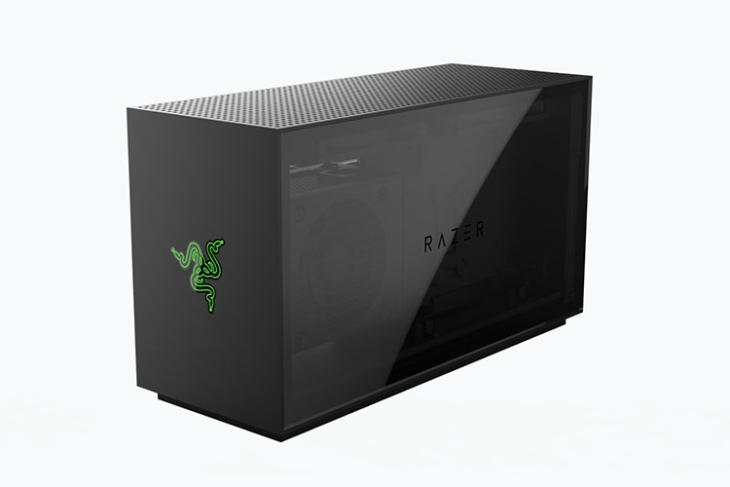 Gaming peripheral maker Razer makes a lot of stuff. It makes headphones, mice, gaming laptops, and is even apparently working on a toaster, but at CES 2020, the company surprised us with a modular gaming desktop PC called the Razer Tomahawk.

The Razer Tomahawk has been built in partnership with Intel, and the secret behind its small size and modularity, is actually the Intel NUC 9 Extreme Compute Element. That’s Intel’s recently announced compute card which packs in most of the essential elements of a computer in an easy-to-swap package.

With that Intel NUC at its core, the Razer Tomahawk can pack in up to an Intel Core i9 processor, 64GB RAM, and WiFi 6. The NUC also brings a plethora of ports to the Razer Tomahawk, including 2x Thunderbolt 3, 2x 1G Ethernet, 2x HDMI 2.0A, 6x USB 3.2 Gen 2 — all of that in a small chassis that looks a lot like it might just be a GPU enclosure. 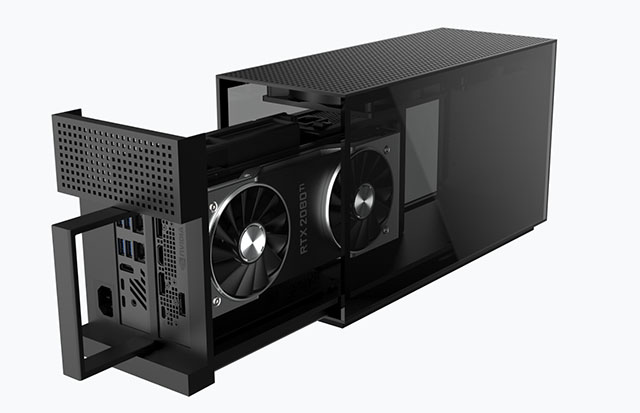 Speaking of the GPU, Razer is planning on releasing the Tomahawk with RTX-series graphics, with the high-end Tomahawk packing in an RTX 2080 Super GPU. Moreover, since this is a modular gaming desktop, users will be able to swap out the GPU for a new one whenever they want to. The same can be done with the Intel NUC inside this computer, by the way, so when it’s time to upgrade the processor, it’s almost as easy as swapping out a module and swapping in a new module with better CPU and more RAM.

Intel says it’s planning on supporting the Tomahawk for a couple of years at least, and other manufacturers, such as Cooler Master, are reportedly on-board for the same as well.

Razer is planning on releasing the Tomahawk to the public in June this year, and while the company hasn’t announced the price for the desktop, reports suggest that it’ll be around the $2000 mark.