Huawei unveiled EMUI 10 at its developer conference in China last month. Now, the company has announced the update timeline for a bunch of its devices. In case, you are wondering what new changes EMUI 10 is bringing this year then you have come to the right place. In this article, we have summarized the 6 best EMUI 10 features that you should know before updating your smartphone. Also, EMUI 10 is based on Android 10 so you will get all the latest perks of Android 10. With that said, let’s begin the article without further ado.

Here, we have discussed various aspects of EMUI 10 ranging from visual changes to technical improvements in the background. We have also mentioned some stand-out features of EMUI 10. Now having said that, here we begin.

EMUI 10 does not look very different from previous versions of EMUI. However, the subtle changes in the UI, animation and app transition make it quite distinct and frankly, a joy to use. Right out of the box, EMUI 10 is following the principles of how a magazine is laid out– increased spacing with larger headlines, easier navigation, larger icons, and smooth transition as if you are paging through a magazine. Talking about the animations, it’s no longer jarring and feels quite fluid while switching apps or performing intensive tasks. To break it down, with EMUI 10, you will have far better readability, accessibility, and navigation across the system. 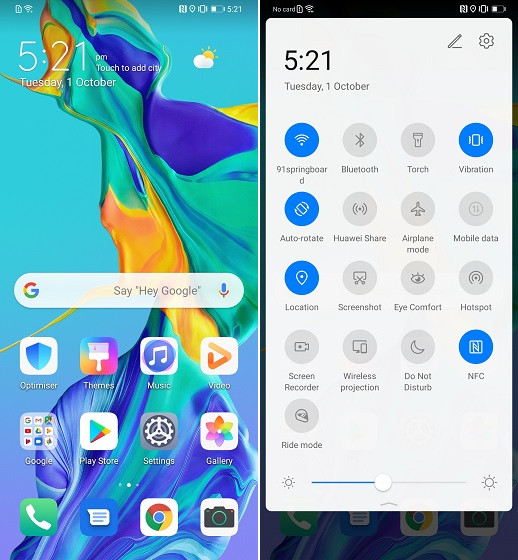 Other than that, EMUI 10 is bringing a new color palette across the system. Unlike saturated colors, it’s using slightly muted or subdued colors to make the UI aesthetically pleasing and consistent. You will see these subtle changes in icons, system apps, and UI elements. To sum up, I like how Huawei is improving the design language with each iteration of EMUI. The Android skin feels much more refined, cohesive, and the settings page is properly categorized with essential menus on top. You will definitely love this update when it will arrive next month.

In line with industry trend, EMUI 10 comes with a native dark mode. While Android 10 is itself equipped with dark mode, Huawei has taken it a notch further and refined it for comfortable viewing. The dark mode feature on EMUI 10 not only switches the UI color to black but also adjusts the contrast under variable light conditions. It helps in reducing strain significantly in all situations so you will have a much better time using your phone. In addition, dark mode on EMUI 10 affects the UI system-wide so all the system apps, settings, notification panel go dark with just one tap. 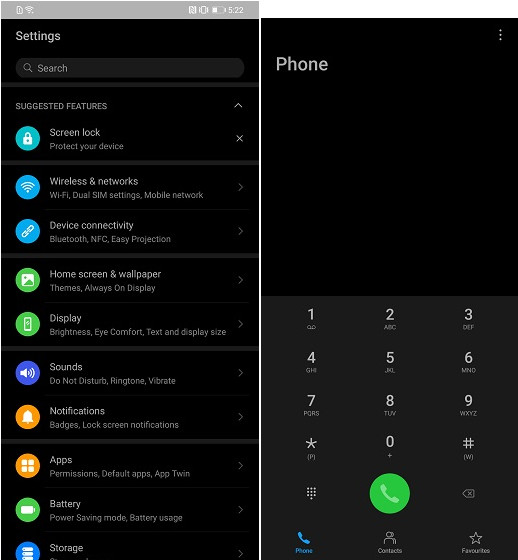 However, there is a slight difference in dark mode’s color scheme. While the Settings page and system apps have truly black tones which also help in saving battery, the quick settings panel uses a dark tone. It may be an issue for some. And rightly so, we wish EMUI 10 had adopted a true black dark mode across the system. Nevertheless, dark mode on EMUI 10 is quite good and you are definitely going to dig it.

While Huawei produces some of the best camera phones, many have complained that its camera interface is not intuitive and cramped with several features. With EMUI 10, Huawei is making a  lot of visual changes to camera interface for making it more intuitive. Now the interface is quite clean with bottom-bar shooting modes and categorized menus. You also get a new zoom slider which is quite good, but we would have loved it if the slider gave haptic feedback while zooming. Other than that, you get a slider in the aperture mode which lets you find your sweet f-stop number. In addition, you also get 11 new filters including some new ones in the monochrome mode. In tandem, the new camera interface on EMUI 10 is easy to use and you will surely like the changes. 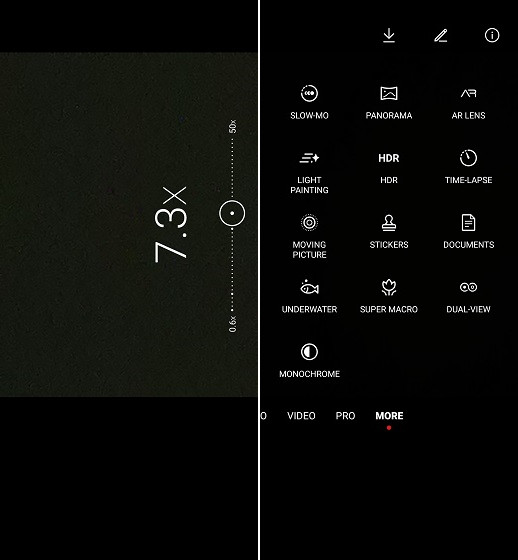 Always on Display has been a part of earlier EMUI versions for a long time. However, it was pretty bare bones and you could not customize it except for scheduling. With EMUI 10, you can personalize AoD to a whole new level. You can have time, date, battery status, notifications, clock widgets, and colorful wallpaper on your AoD screen. The icons are designed with gradient colors that look really cool and ups the look of the device. I would say the new Always on Display is one of the best features of EMUI  and you should definitely try it.

While Samsung is killing the PC-smartphone experience with Dex, Huawei is not far behind. You can almost get the desktop-class experience if you use Huawei’s Matebook laptop. With EMUI 10, you can connect your smartphone to a Matebook and operate apps and tasks without a hitch. While this feature is not available on all Windows laptops, we hope EMUI 10 paves the way for future improvements. Apart from that, EMUI 10 also brings enhancements to Wireless Projection which was launched with EMUI 9. It allows you to wirelessly connect with monitors, TVs and PCs and thereafter, you can open apps, manage files and create documents on the big screen. Granted, the performance is not ideal, however, EMUI 10 has made a lot of changes to enhance the overall experience.

Apart from making a plethora of UI and visual changes, Huawei is also deploying some ground-breaking changes at the very foundation of Android. With EMUI 10, it’s bringing lots of those innovations to smartphones. Here are a few of them.

Generally, Android smartphones have ART (Android Runtime) compiler which bridges the gap between apps and hardware to improve device performance. In simple terms, compilers translate the human-readable code to machine language. So to break it down, the better the compiler is at translating the code, the better the efficiency ergo better performance. Huawei has developed its own compiler named Ark and is said to have better efficiency than ART. And with EMUI 10, Huawei is shipping the Ark compiler on most of its flagship smartphones. You will have much better performance while dealing with third-party apps without burning crucial resources.

The smartphone world is torn between two major file systems: ext4 and F2FS. Now, Huawei has joined the party with its in-house file system called EROFS. With EMUI 10, all their major flagships will switch to the EROFS file system which should result in better performance. Huawei claims that EROFS will offer improved disk performance, speed and efficient read caching. Simply put, if you own a Huawei device, EMUI 10 will enable faster storage on your device and that is absolutely great.

Project Mainline is a prime feature of Android 10 and it’s making its way to EMUI 10 as well. With Project Mainline support, you will be able to get critical security updates much faster, directly from Google. You will not have to wait for your device maker to push security updates. This way, you will always be on the safer side. I love that Huawei is bringing the important aspects of Android 10 with EMUI 10. 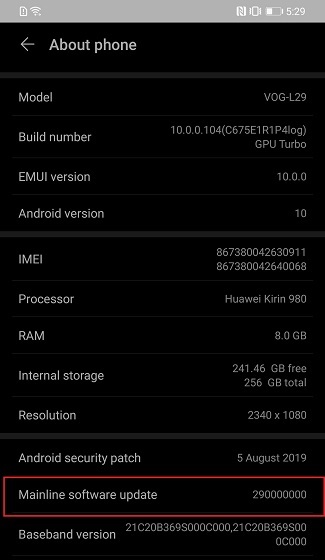 It won’t be wrong to say that EMUI 10 has matured by leaps and bounds. It’s no longer just another Android skin instead, EMUI has a footing in its own right. As we went through the sections, we can see that it’s taking UI design seriously and making thoughtful changes to make the experience as cohesive as possible. You are definitely going to love the new changes with EMUI 10. Anyway, that is all from us. If you liked our article, do comment down below and let us know.