Skip to content
Home News EMUI 10 Update Rollout Schedule; over 30 Phones Will Get the Update 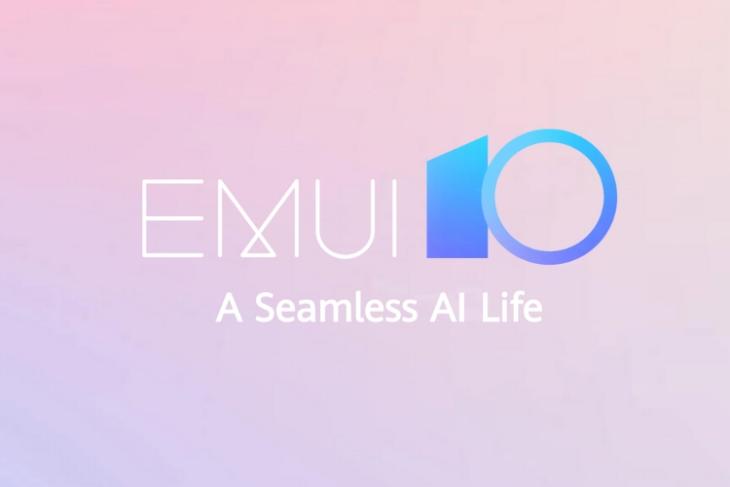 Though Huawei is facing a tough time due to sour trade relations with the U.S, that’s not stopping the Chinese giant from pushing forward. Huawei announced EMUI 10 with a myriad of new features including a native dark mode, new animations, and more. There are some UI changes in this Android 10 backed update, whose update schedule has found its way online today.

Huawei opened up beta testing for the Android 10-based EMUI 10 update on the P30 series, including the P30 and P30 Pro, earlier last week. We tried installing the beta build on our P30 Pro, but the testing is restricted to certain P30 series models in China. Well, if you take a look at the slide attached below, you will see that P30 and P30 Pro will be the first Huawei devices to be updated to EMUI 10 in November.

Huawei is going to the next quarter to prepare or test the update for the P20 series, P30 Lite, and the Mate 10 series from 2017. It may be six months after the rollout but a two-year-old device will finally be running the new Android 10 update. We already know the beta rollout schedule for the update. 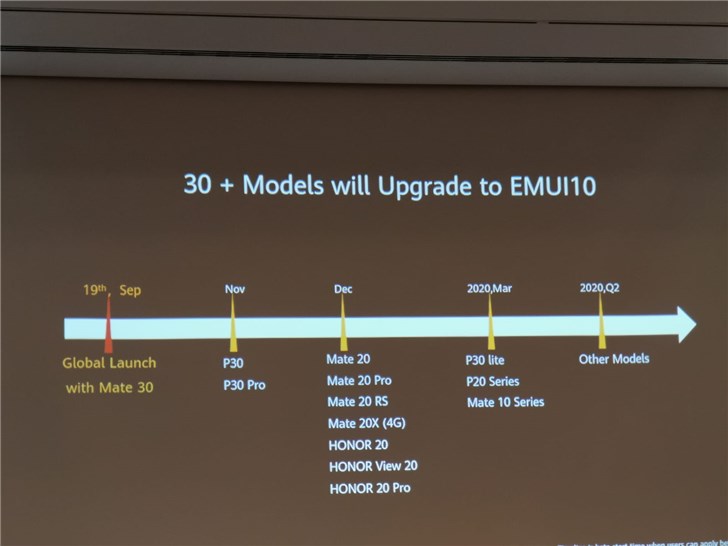 All other Huawei and Honor smartphones, including the pop-up camera phones and other mid-range phones from the Chinese giant should get the update in Q2 2020. We suggest you keep an eye out for more information. We will update this story if we learn about the beta program details for India, along with what other models will get the update.