5G has ushered new wave of excitement for a hyper-connected world. The new wireless technology is looking to bring the ability to play interactive games on the go, stream high-quality content, download heavy files in a jiffy, and more. So much so that smartphone makers are launching 5G-ready devices even when 5G is not rolled out in many countries including India. That said, there are many tidbits about 5G that we keep hearing in our current discourse. For example, not many know what are 5G bands and the differences between the sub-6 GHz band and mmWave network. So if you want to learn about 5G bands in great detail, follow along.

Here, we have explained every technical term in lucid language along with some practical examples so you get a good grasp of 5G bands. We have also discussed the current status of 5G bands across the world. You can click on the link below to move to the relevant portion.

What are 5G Bands?

According to 3GPP, the consortium that heads the development of mobile telecommunication, 5G Bands have been broadly divided into two categories: sub-6 GHz (also called, FR1) and mmWave (FR2). The sub-6 GHz band means the band frequency will be below 6GHz and mmWave will have frequencies above 24GHz and below 52GHz.

Keep in mind, the thumb rule of wireless communication is — the more the frequency, the better the speed. So just at the outset, we can say that mmWave 5G is much faster than sub-6 GHz 5G. So that was the basic primer on the two categories of 5G bands. Now, let’s go ahead and learn about sub-6 GHz and mmWave in detail.

What is sub-6 GHz Frequency Band in 5G?

Just like the 5G frequency band that has been divided into two categories, the sub-6 GHz band has also been categorized into two parts: low-band and mid-band. The low-band frequency ranges from 600MHz to 2.4GHz. This frequency spectrum is very similar to 4G’s operational range, however, you will get a slightly better speed due to Massive MIMO, and other 5G improvements. It’s being claimed that you will get at least 100Mbps on a low-band 5G network. However, let me tell you that many have reported that in the US, low-band 5G is only able to deliver up to 50Mbps so there is that. 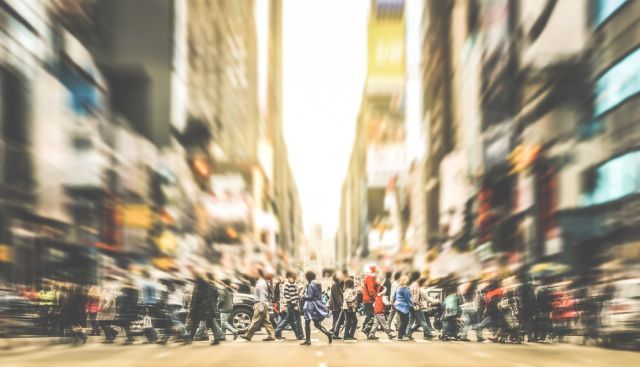 Apart from that, despite having a similar spectrum, the low-band 5G is said to have a far better connection density than 4G. According to the 5G spec, 5G will have a connection density of 1 million users (10 lakh) in a 1 km square area. For comparison, 4G can only serve up to 100 thousand (1 lakh) users in a similar setup. That’s an improvement by 10 folds and that is amazing.

Now coming to mid-band and this is where things get interesting. It operates between 3GHz and 6GHz. Do note that some countries are also increasing the spectrum up to 7GHz. Now, here we move away from the traditional 4G spectrum and it’s being touted that you will get speed higher than 200Mbps and up to 900Mbps. It also offers moderate coverage and can serve up to a couple of miles, both indoors and outdoors.

Many countries are deploying this mid-band sub-6 GHz frequency band to bring 5G to the masses. The US, Europe, China, South Korea, almost all of them are auctioning spectrums between 3.5GHz and 5.9GHz. India is also going to auction spectrums between 3.3-3.6GHz and 5.2-5.9GHz by the end of 2021. And the best part is that it works on top of the 4G architecture so carriers don’t have to replace their existing infrastructure.

So the bottom line is that for the immediate future, you will find mid-band sub-6GHz 5G everywhere. Whereas, the low-band 5G frequency will be available as a fallback option all around the world. Not to forget, 5G bands can also work with 4G bands using DSS (Dynamic Spectrum Sharing).

What is mmWave Frequency Band in 5G?

Now coming to mmWave frequency band in 5G. Think of it as the elite spectrum. It has a frequency band from 24GHz to 52GHz. While the 5G spectrum can theoretically go up to 100GHz, telecom regulators around the world have not even started licensing spectrums beyond 50GHz so that is a distant dream. The FCC in the US just auctioned 37GHz, 39GHz, and 47GHz spectrums in March 2020. As of now, 26GHz, 28GHz, 39GHz, and 41GHz frequency bands are being used by major carriers around the world.

Coming to the speed of the mmWave frequency band, well, it can top up to 10Gbps, but we have only seen the maximum throughput of up to 1.8Gbps on AT&T’s mmWave 5G network. Also, the latency in mmWave 5G is said to be 1ms but commercial carriers have only been able to pull off somewhere between 30-40ms. Sure, the speed and latency are by no means bad, however, it’s important to note that mmWave 5G signals requires a direct line of sight and has a very limited coverage area. The signals can easily be blocked by walls, trees, and bad weather.

On top of that, carriers need to put mmWave antennas in every street to make it work which makes it prohibitively expensive. Also, the indoor performance of mmWave 5G is not good which again makes it harder for carriers to invest in this high-speed technology. That said, mmWave 5G is going to be used in stadiums, malls, convention centers, basically in any crowded areas to offer large bandwidth.

Considering all these points, it seems mmWave 5G will take many years to reach consumers. Yes, mmWave is being touted as the “true” 5G, but at this point, I feel mid-band sub-6 GHz is the 5G we need.

While we are at it, let us also learn about SA and NSA 5G that we keep hearing in current discourse. SA means Standalone 5G which entails a network infrastructure where the base station, radio antenna, and end-device (smartphones), all are built on 5G architecture. In this setup, you will get unparalleled speed and you can enjoy features like beamforming and ultra-low latency. This kind of 5G infrastructure is very rare to find across the world.

On the other hand, an NSA 5G (Non-standalone 5G) is where the base station has 4G architecture, but radio antennas and smartphones are built on 5G architecture. This is the setup that is being deployed all over the world as it’s cheaper and faster to implement. Here, you won’t get the ultra-fast speed, but it will have good coverage and better speed.

What Should Consumers Keep in Mind Before Buying a 5G Device?

While that was all about the technicalities behind 5G bands, let’s find out what are the key points consumers should focus on. Before buying a device, make sure to check whether it has support for multiple sub-6GHz frequency bands. Look for how many bands the smartphone supports based on the region where you live. You can find the complete list of 5G bands from this Wikipedia article.

It’s being seen that smartphone makers are releasing 5G devices with much pomp but only have support for one or two bands. Apart from that, I would not recommend spending too much on a device just to have mmWave 5G. As we observed above, mmWave 5G is very scarce right now and it’s unlikely to change the course in the coming years.

So that was our in-depth explainer on 5G bands and what each term means for general consumers. As I emphasized above, 5G is a great new technology, but don’t get fooled by marketing gimmicks. The sub-6 GHz band is more than enough for consumers, but if you want to show off gigabit speed on your smartphone then sure, go for a mmWave-compatible 5G device. Anyway, that is all from us. If you found the article helpful then do comment down below and let us know. Also, if you want to learn about Carrier Aggregation then go through our linked article. 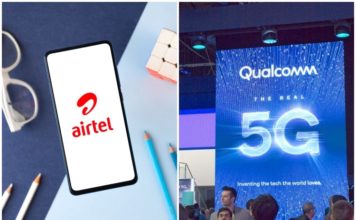 5G Bands Explained: Everything About sub-6 GHz and mmWave Bands

There are many tidbits about 5G that we keep hearing in our current discourse. For example, not many know what are 5G bands and the differences between the sub-6 GHz band and mmWave network. So if you want to learn about 5G bands in great detail, go through our in-depth explainer.