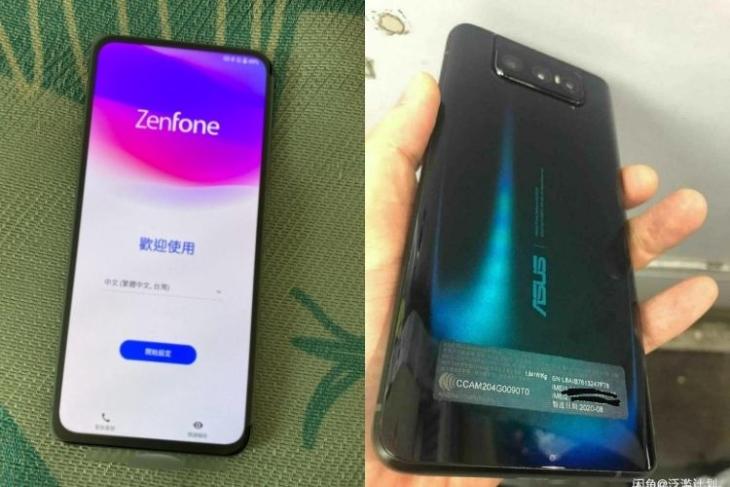 Asus is scheduled to take the wraps off the much-awaited ZenFone 7 series in a couple of days. We already know that the device will arrive with its signature flip camera, the Snapdragon 865 SoC, and more. But, over the weekend, a handful of real-life images for the ZenFone 7 made their way online. They give us a close look at a familiar design and new hardware features.

As you can see in the hands-on images here, ZenFone 7 will boast a design familiar to its predecessor. You have a fullscreen bezel-less display on the front and a bright blue finish with the Asus branding on the rear. The flip camera mechanism is the same as last year’s ZenFone 6 (or the Asus 6z in India). The camera module, however, is now bigger and includes three camera sensors as opposed to two sensors. 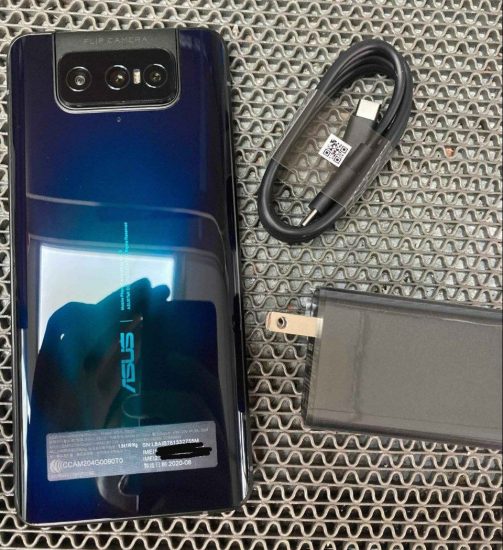 Alongside the hands-on images of the ZenFone 7, an image of the retail box has also found its way online earlier today. It confirms some of the major specs and features that have leaked over the past couple of months.

ZenFone 7 (model number ASUS_I002D) will sport a 6.67-inch Full-HD+ display. The most recent leak suggests that it will be an LCD display made by BOE, with only a 60Hz refresh rate. Under the hood, you will find the Snapdragon 865 chipset (clocked at up to 2.84GHz), paired with at least 8GB RAM and 128GB storage, as per the retail box here. 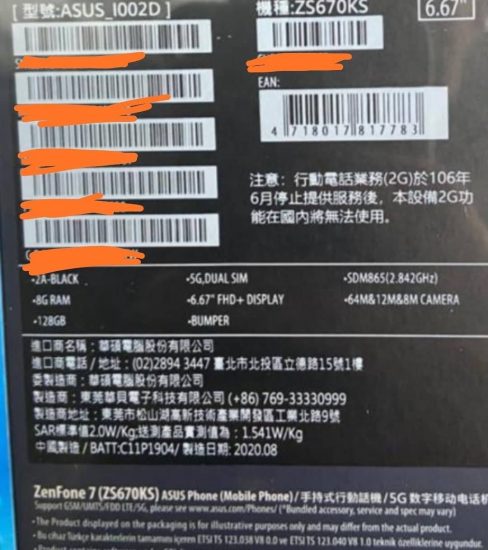 The highlight of the ZenFone 7 will again be its cameras, especially since they’ve been baked in a flip mechanism like last year. You will now find a 64MP primary sensor, a 12MP secondary, and a third 8MP sensor in the flip camera module. There’s no selfie camera module as the rear one will flip open to provide you an equally powerful and amazing selfie experience.

Finally, the retail box confirms that the battery carries the model number C11P1904. It is confirmed to be a 5,000mAh battery pack that will charge over USB-C, according to the leaked charging adapter and cable in the image above.

Asus ZenFone 7 and 7 Pro are scheduled for launch on 26th August, so there’s only a couple of days to go until we learn the official details for these two smartphones.