After several builds in the Dev channel, Microsoft has finally released the first beta build of Windows 11 for Insiders in the Beta channel. While Beta channel updates may not be entirely stable, it’s much better than the Dev channel, where you might run into issues that interrupt your workflow. If you are curious to try out all the Windows 11 features ahead of the stable release, here’s how you can install Windows 11 beta right now.

Notably, Microsoft is rolling out the Windows 11 Insider Preview Build 22000.100 as the first Windows 11 beta. It is the most recent build that the company rolled out in the Dev channel. Hence, Windows 11 Beta and Dev channels are on the same build this week. With that said, follow the steps below to enroll in the Windows Insider program and test Windows 11 beta. We have also included the method to switch from Windows 11 Dev channel to the Beta channel if you are facing bugs and performance issues. 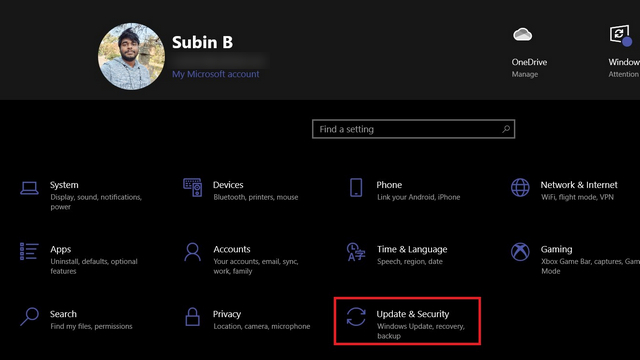 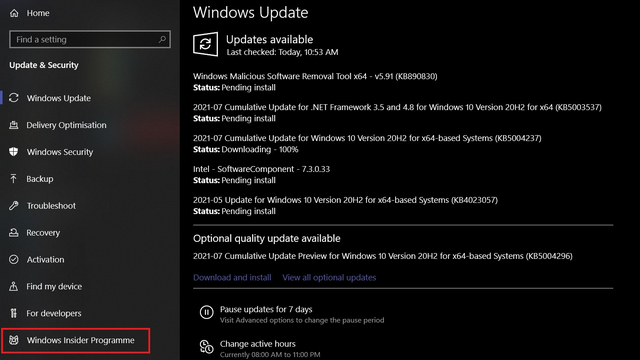 3. Click on “Get started” to sign up as a Windows 11 beta tester. You won’t see the error message shown in the image below if your PC satisfies Windows 11 requirements. You can use this free app to check if your PC can run Windows 11. 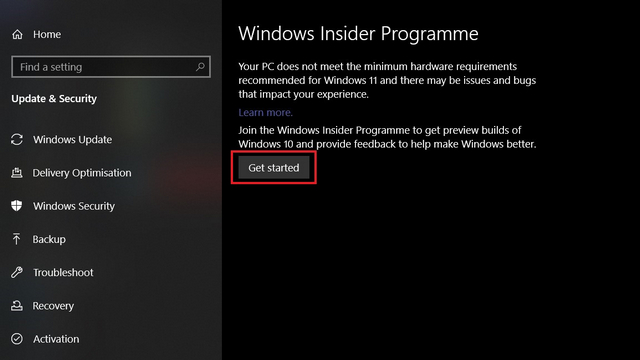 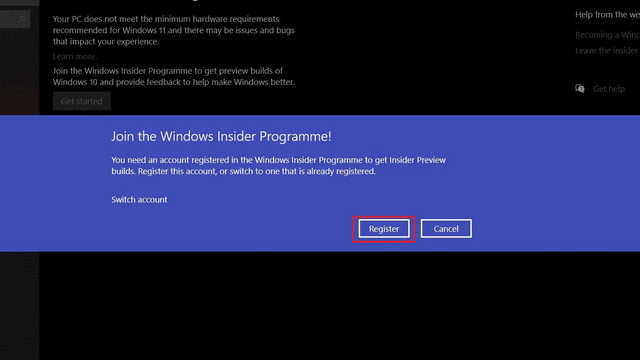 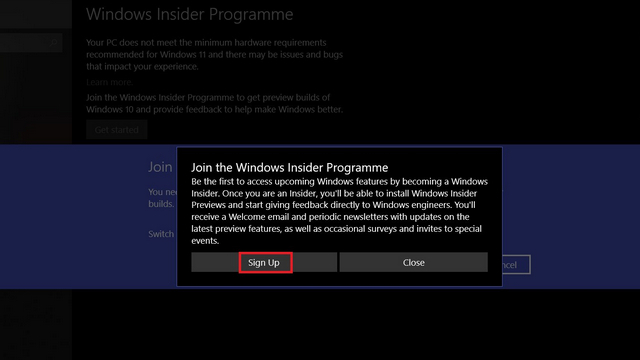 6. Go through the Windows Insider agreement and privacy statement from the links that appear now. Once you have done that, check the “I’ve read and accept the terms of this agreement” checkbox. Click on “Submit” to proceed. 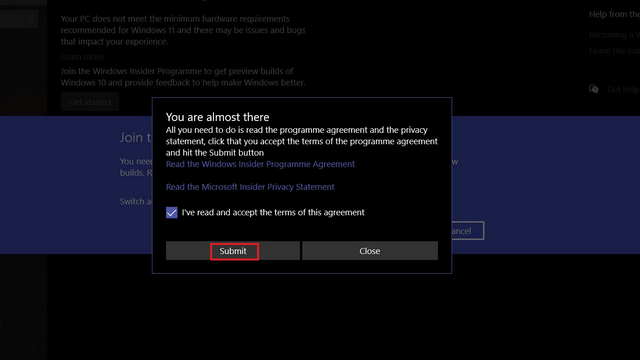 7. You should now choose the Windows Insider channel. Since this article is focused on installing Windows 11 beta, select “Beta Channel (Recommended)“. If you would like to stay on the bleeding edge, you could also choose the Dev channel, but keep in mind that you might run into critical errors there. 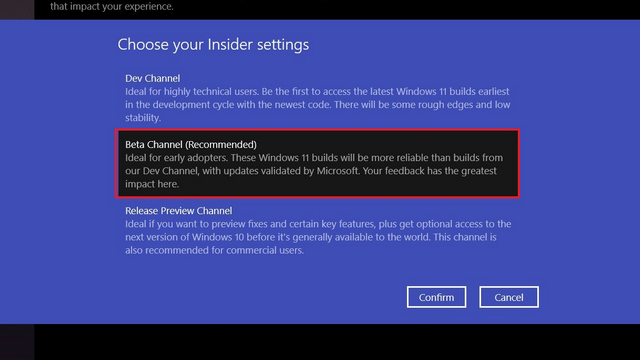 8. You have now enrolled in the Windows Insider program. Click on “Restart Now” to reboot your PC to start installing Windows 11 beta updates. 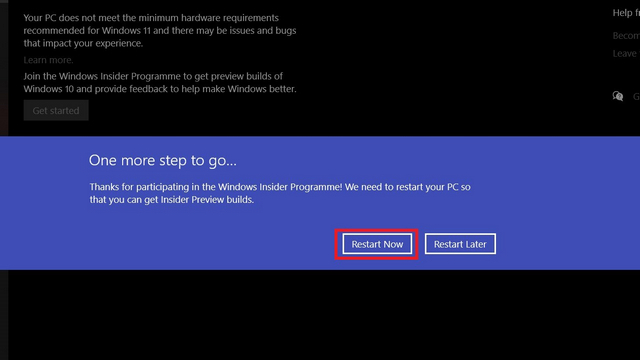 After the restart, head over to Settings -> Update & Security -> Windows Update to download and install Windows 11 beta on your PC. Based on your PC’s specifications and internet connection, it might take a while for the system to install and boot into Windows 11.

As usual, your PC will reboot multiple times before you can start using Windows 11. And that’s it. You have successfully installed Windows 11 beta! 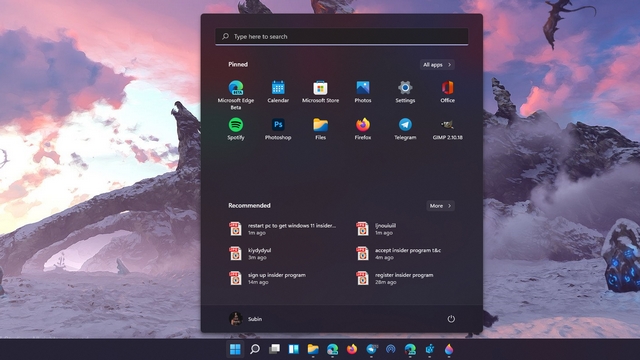 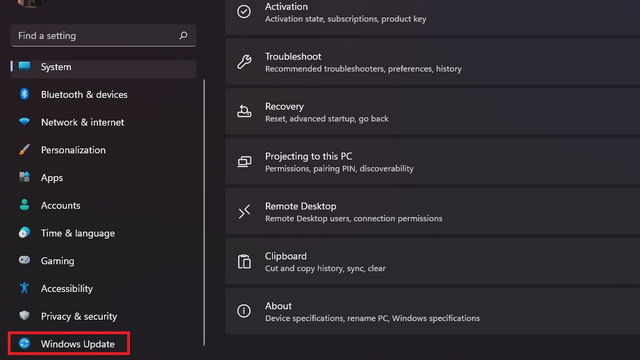 2. Now, click on “Windows Insider Program” to see the options to change your Insider settings. 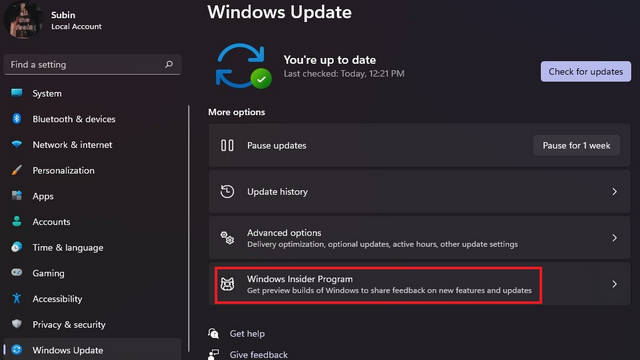 3. Next, expand the “Choose your Insider settings” menu and choose “Beta Channel (Recommended)” from the options that appear. You will no longer receive Windows 11 builds from the Dev channel. If you are annoyed with random bugs in Windows 11 Dev channel, switch to the Beta channel for a relatively stable experience. 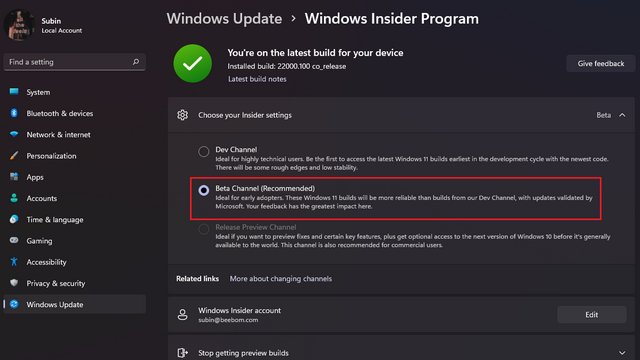 That brings us to the end of our guide on how to install Windows 11 beta right now. After installing Windows 11, I’m sure you would prefer disabling the Microsoft Teams Chat icon in the taskbar, turn off suggested notifications, and customize the Windows 11 start menu to your liking. You can also learn how to customize the taskbar to change its position to the top, move icons to the left, and more. If you are not a huge fan of Windows 11, you can also choose to roll back to Windows 10 from Windows 11.