The first Insider preview build of Windows 11 is here, and it has given early adopters a taste of Microsoft’s new operating system. While Windows 11 is a huge improvement when it comes to the visual appeal and features such as support for Android apps and Widgets, Microsoft has noticeably reduced the taskbar customization options in the OS. Whether you prefer customizing the taskbar by placing it at the top or moving the taskbar icons to the left, here are all the possible taskbar customizations in Windows 11.

We have added instructions to use the Registry Editor to resize the taskbar, move the taskbar to the top, and more. You can even bring back the classic Windows 10 Start Menu if the new redesigned Start Menu in Windows 11 failed to impress you. With that said, let’s get started with the taskbar customizations.

Use TaskbarXI to Style Windows 11 Taskbar

TaskbarX has long been a favorite utility among Windows power users to customize the taskbar and get Windows 11-style centered taskbar icons on Windows 10. Now that Microsoft is giving Windows a fresh start with Windows 11, the developer of TaskbarX, Chris Andriessen, has released a new taskbar modding app called TaskbarXI.

While the app currently supports taskbar styling features, Andriessen hopes to add other requested features in the future. As of writing this article, TaskbarXI is in its early stages, and the developer has only recently released the first build on GitHub. Here’s how you can download and use TaskbarXI to change taskbar themes in Windows 11.

1. Download the TaskbarXI app from GitHub and extract it using the native zip extractor in Windows or use apps like WinZip and WinRAR. 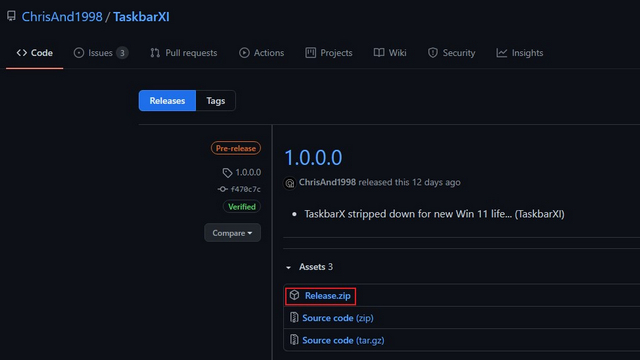 2. Once you have extracted the zip file, open the “Release” folder and double-click to run “TaskbarXI Configurator.exe”. Within a few seconds, you will see the companion app to tweak the taskbar using TaskbarXI. 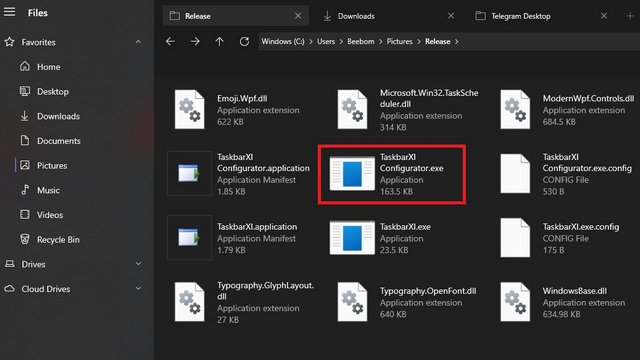 3. From the TaskbarXI Configurator app, you can set various taskbar styles, including transparent, transparent gradient, opaque, blur, and acrylic. Here are a few screenshots highlighting the taskbar style customizations in Windows 11:

1. Press the Windows keyboard shortcut “Ctrl+R” to open Run and type “regedit” to open the Registry Editor in Windows 11. You can also search “Regedit” from Windows Search and click on “Open”. When Windows asks your permission to make changes, click on “Yes”. 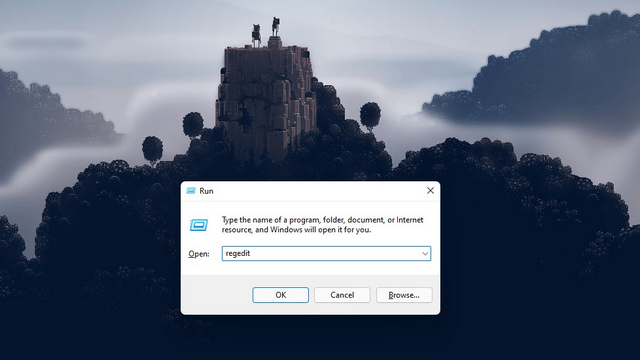 2. After opening Registry Editor, navigate to the path given below from the left pane: 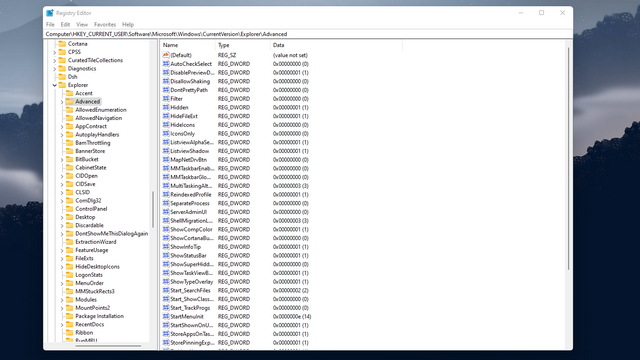 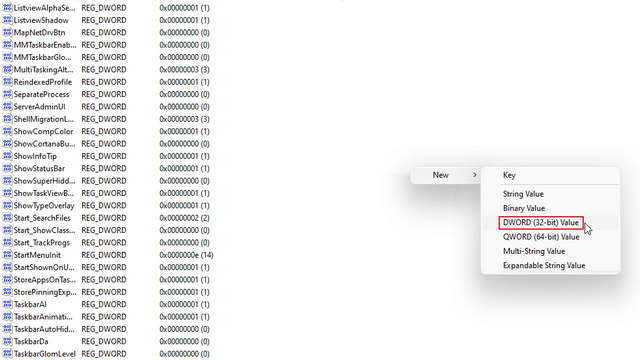 3. Set the name of the DWORD Value as “TaskbarSi” and hit the Enter key to save changes. 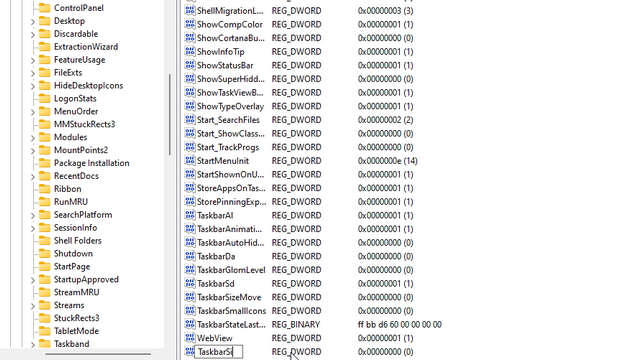 4. Now, double-click “TaskbarSi” to set its value. The details for taskbar icons size and their corresponding numbers are as follows: 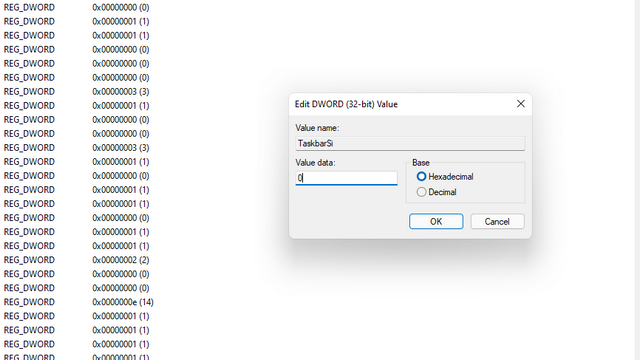 5. Based on your preference, set the value as 0 or 2, assuming you don’t like the new default size of the taskbar in Windows 11. Notably, icons from third-party apps will look a little pixelated when you use the large taskbar. Check out the images below to see the difference in taskbar icon size in Windows 11:

5. Once you have set the preferred value, restart the system or open Task Manager using the keyboard shortcut “Ctrl+Shift+Esc” and restart Windows Explorer. 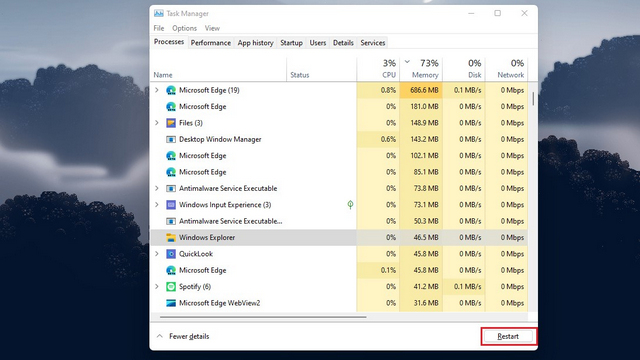 Move Taskbar to Top or Side in Windows 11

1. Using the steps explained above, open Registry Editor and head to the following path: 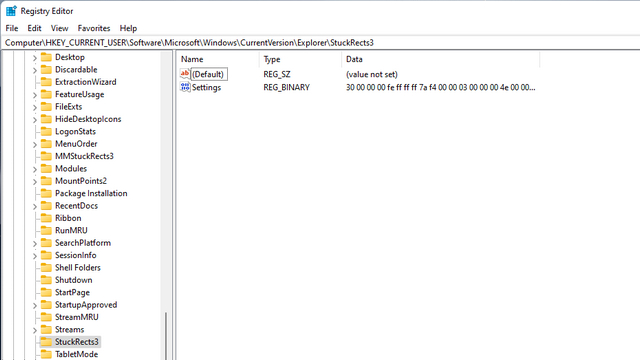 2. Next, double click on Settings in the right pane and locate the fifth value in the 00000008 row. By default, its value will be set to 03. Now, double click to highlight this value to replace it. 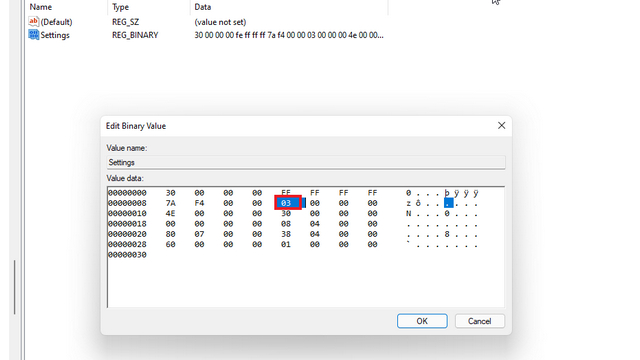 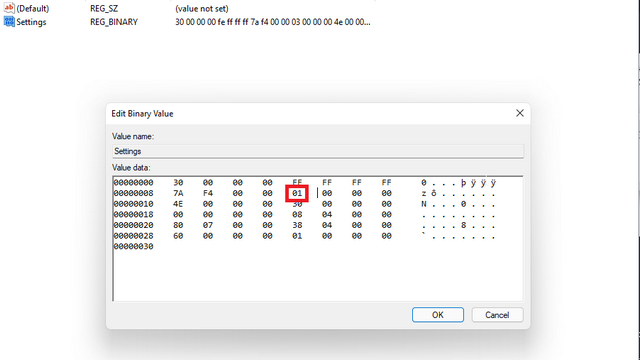 For quick reference, check out the values and their corresponding taskbar position below:

4. After setting the value, click on OK and restart your computer. You can also open Task Manager using the keyboard shortcut “Ctrl+Shift+Esc” and restart Windows Explorer if you don’t want to restart the system. The taskbar will now be moved to the new position on your Windows 11 PC. 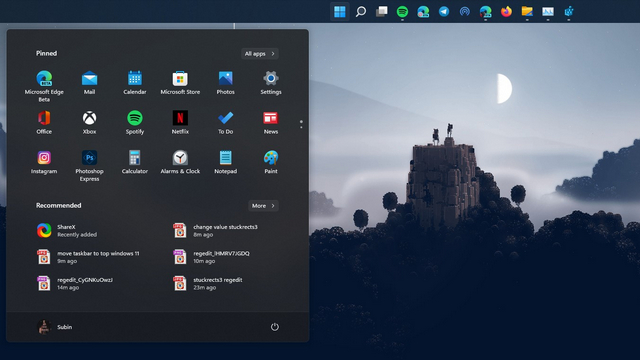 Move Taskbar Icons to the Left

Fortunately, Windows 11 lets you move taskbar icons to the left edge through a native option in the Settings app. Here’s how to set it:

1. Open the Settings app, switch to the “Personalization” tab from the left sidebar, and click on “Taskbar”. 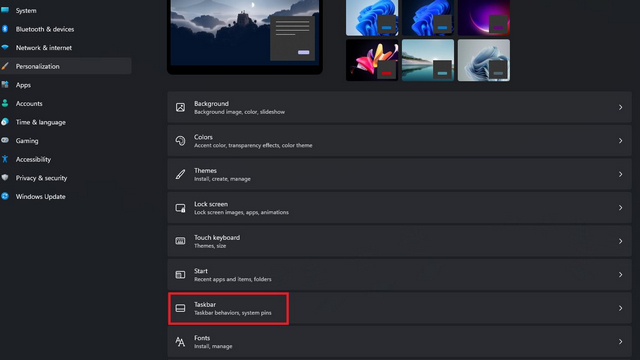 2. Expand the “Taskbar behaviors” dropdown and set the “Taskbar alignment” as left instead of center. All taskbar icons will immediately move to the left edge and you don’t have to restart your Windows 11 PC. 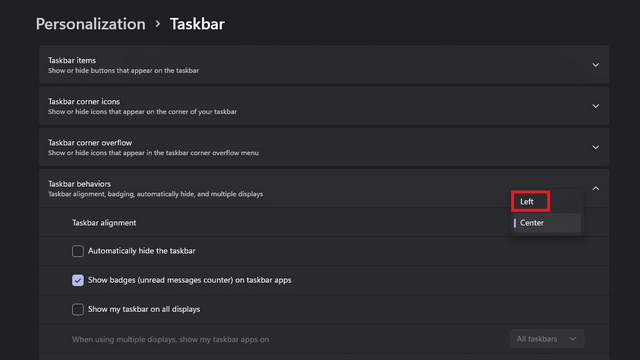 Bring Back the Classic Windows 10 Start Menu in Windows 11 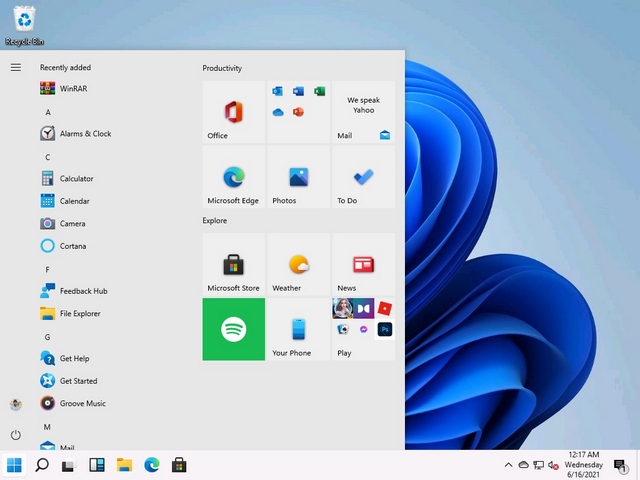 If you are someone who prefers Windows 10 Start Menu, there’s a way to bring it back using Registry editor. After you open the Registry editor, all you have to do is create a new DWORD value titled “Start_ShowClassicMode” in the following path and set its value as 1.

For detailed instructions, go through our article on how you can switch back to the old Windows 10 start menu in Windows 11.

Tweak Taskbar to Your Preference in Windows 11

So, those are all the customization features available for the taskbar in Windows 11. With Microsoft forcing users to stick to the bottom taskbar, a significant chunk of Windows users are not happy. While we will have to wait to see if the Redmond giant backtracks on its decision and adds the option to customize taskbar placement as we can do in Windows 10. Until then, we hope these Registry Editor workarounds can help you personalize the taskbar in Windows 11 to your liking. If you are waiting to get Windows 11 update, go through the best Windows 11 features or check how you can upgrade to Windows 11 from Windows 10 right now.