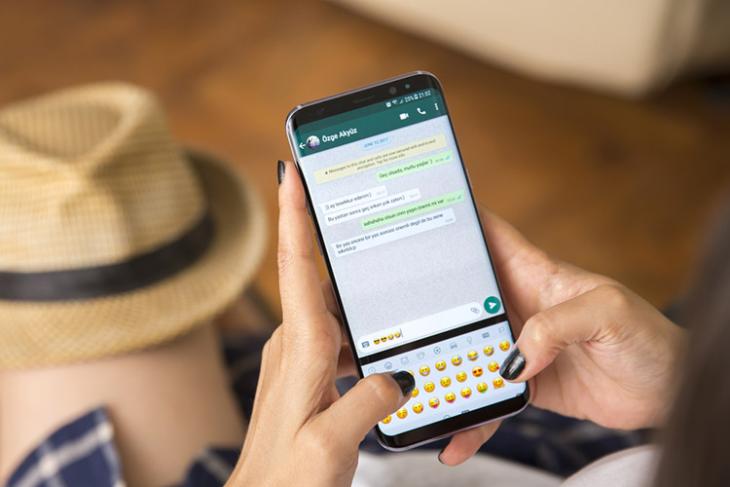 WhatsApp is actively working on a dark theme for its messaging app, but there’s another exciting feature that looks almost ready for rollout. It’s the new self-destructing message feature that has been under development for quite some time. The latest WhatsApp beta update gives us a closer look at this feature and how it will work in the future.

Earlier known as Disappearing Messages, this feature allows users to set a self-destruct timer to messages in a conversation. Once enabled, all the messages sent and received in a chat window are automatically deleted after the specified time interval. We had first reported on the feature a couple of months ago when it was barebones and development had just kicked-off.

Now, well-known tipster WABetaInfo has come across a more robust and working “Delete Messages” feature in a recent WhatsApp beta (version #2.19.348) update. Yes, WhatsApp has renamed this feature and it can be found sitting under Contact Info or Group Settings for individual users or groups respectively. Only admins can enable the feature and tweak the time duration in group conversations. 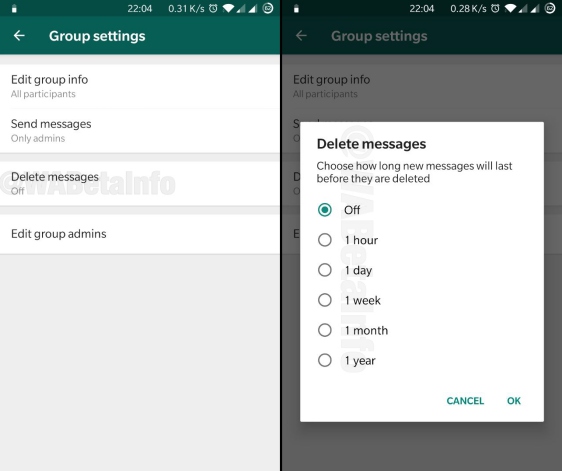 As you can see in the screenshots above, tapping the Delete Messages option will present you with the option to pick the time duration for which the messages should be accessible within a conversation. You can choose to delete WhatsApp messages within 1 hour, 1 day, 1 week, 1 month or keep them for a year, which is a healthy set of options.

This feature is resemblant to Telegram’s “Secret Chat” feature, which has been live for a couple of years now. I know, Delete Messages does look like it’s ready for release but it’s still under development. So, don’t expect this feature to make an appearance in WhatsApp beta builds just yet. There’s currently no official word on when it will go live (for both beta or stable users), but we can expect self-destructing messages and the dark mode to debut soon – that too simultaneously.