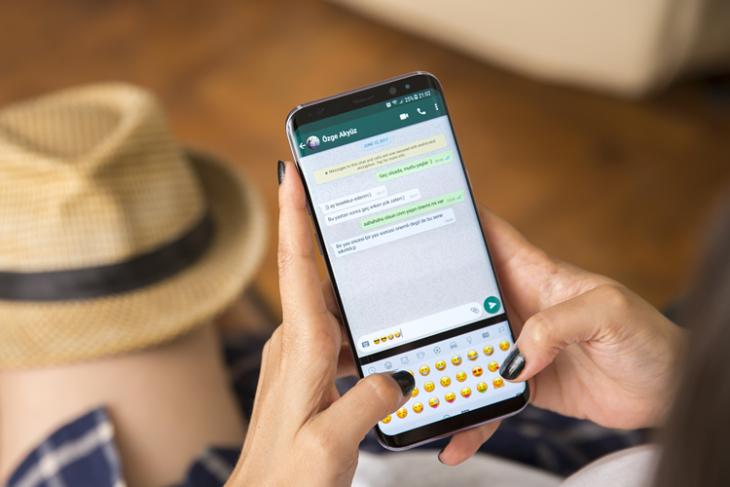 WhatsApp from Facebook. Yeah, the renowned messaging app got a new name recently, but there has been a dearth of new features. While we are waiting on the dark mode to finally make an appearance, WhatsApp is working on a new feature that’s quite popular among today’s millennials – ephemeral messages.

Well-known WhatsApp tipster WABetaInfo today reported that the messaging giant has started laying the groundwork for group chats with disappearing messages. The feature currently sees all messages in a conversation being automatically deleted after a fixed interval and the same can be changed from the “Group Settings” option. 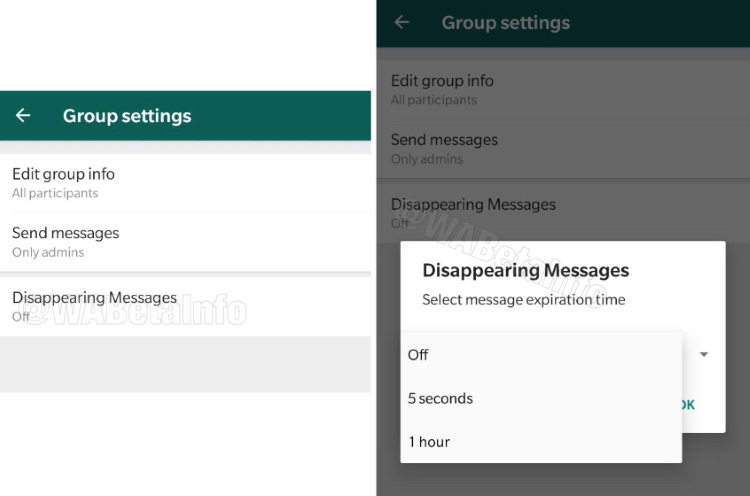 When the feature goes live, you should see a new “Disappearing Messages” option (could possibly be a placeholder name as seen in images attached above) under Group settings. Tapping this option will let you pick the time for which the messages are live in the group conversation – and are deleted after that time duration. We only see 5 second and 1 hour time intervals at the moment.

The report states that the feature is currently in the alpha stage of development. We shouldn’t expect it to go live anytime soon. There is also no information on whether the disappearing messages feature will be available for personal chats or restricted to group chats. This feature will keep your conversations more private, making it possible for the users to share secrets via ephemeral messages.

The concept of ephemeral messaging was pioneered by Snapchat but has since made its way to more chat apps including Telegram and Messenger. Facebook could be looking to push for its privacy agenda with the addition of this feature to WhatsApp, which it’s now advertising belongs to the social media giant.