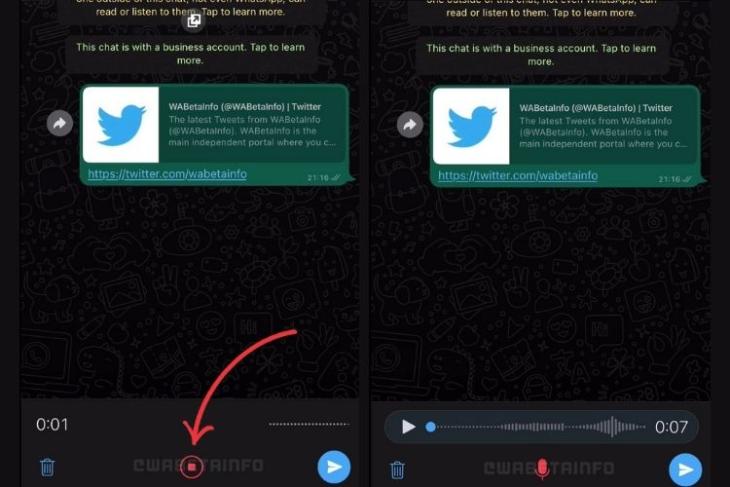 After rolling out multi-device support for beta testers earlier this year, WhatsApp has been testing a few new audio-centric features for its platform. Now, after adding playback speed control for voice messages, the Facebook-owned company is working on a new feature that lets users pause voice recordings and continue from the same point again.

The report comes from reputable WhatsApp tipster WABetaInfo. The tipster spotted the “Pause voice recordings” feature in WhatsApp beta for iOS recently. However, it is still under development and is also expected to arrive in the coming days.

Now, coming to the working of the feature, the pause voice recording feature works exactly how it sounds. It will let you pause a voice recording on WhatsApp mid-way. Once you pause it, the app will stop recording your voice and will be in paused mode.

Three buttons will then appear at the bottom of the recording screen, including a new resume recording button with a microphone icon. You can tap this button to start recording your voice message right where you left off. The other two buttons will let you delete the entire recording or send it to a recipient.

WABetaInfo shared a demo video to showcase the working of the pause voice recording feature in WhatsApp. You can check it out right below.

So, if you use the voice messages feature in the messaging app regularly, this nifty addition will benefit you in the coming days. Following the beta testing, WhatsApp will roll out the pause voice recording feature to the public soon.