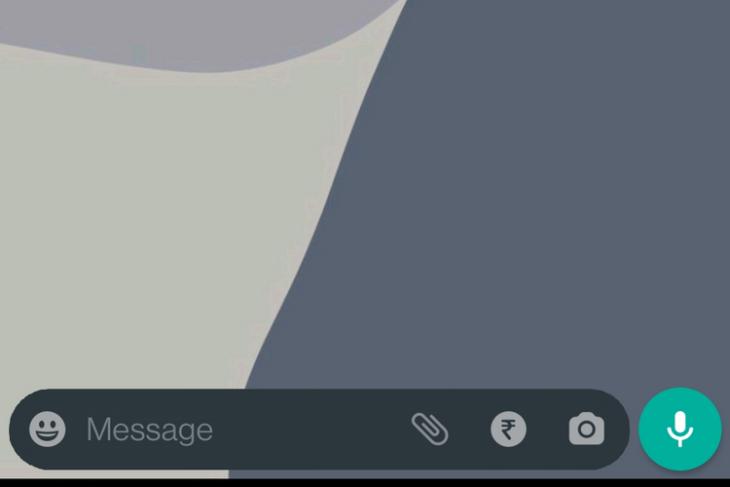 After facing several hurdles for years, WhatsApp rolled out UPI-enabled WhatsApp Pay in India last November. However, the payments service never really managed to take off in terms of active users. In fact, we reported earlier this year that the transaction volume dropped from 0.81 million in December to 0.56 million in January. As of writing this article, the figures have further decreased to 0.47 million this July. In an attempt to increase user adoption, WhatsApp is now testing a payment shortcut with beta testers.

As spotted by WhatsApp tipster WABetaInfo, the messaging giant has started testing a new Payment shortcut in the chat window with beta version 2.21.17.19. While the feature was previously available once you expand the chat options menu, the new change improves the visibility of the feature. The WhatsApp Pay shortcut is present right next to the camera and microphone buttons. 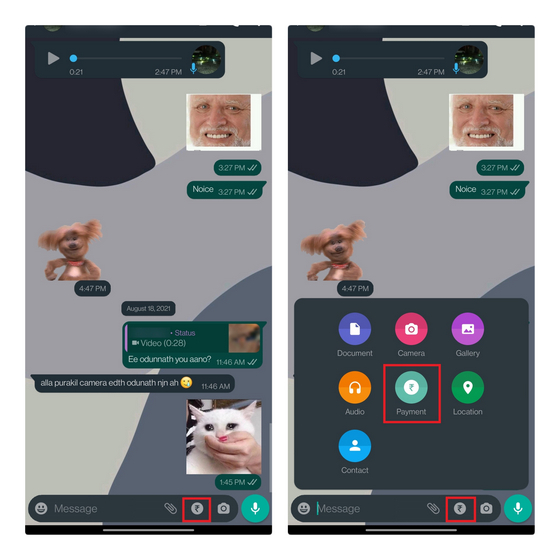 As you can see in the image above, WhatsApp has not removed the dedicated Payment button just yet. Hence, you can either use the new shortcut or access WhatsApp Pay from the existing menu. We will have to wait to see if WhatsApp ends up removing the old Payment shortcut to avoid redundancy.

The new placement should increase the visibility of WhatsApp Pay. It will be interesting to see if the new shortcut helps improve the user adoption of the payments service. We will know in a few months after WhatsApp rolls out the payment shortcut to the stable version of the app. Meanwhile, if you are not interested in using WhatsApp Pay, you can browse our list of best UPI apps from the linked article.