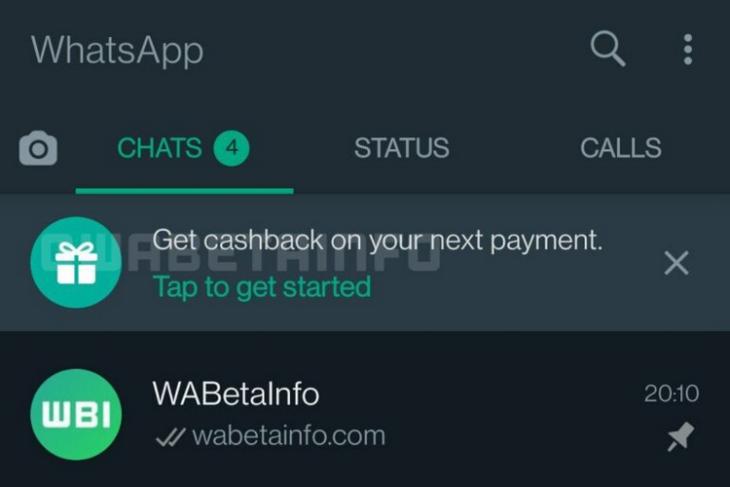 WABetaInfo spotted the existence of WhatsApp Pay cashback in WhatsApp beta 2.21.20.3 for Android. The feature is currently under development. Once available, you will get cashbacks for using WhatsApp Pay after 48 hours. It remains to be seen if the cashback is applicable only to new users or will be available for everyone.

At this moment, the maximum cashback you can get through WhatsApp Pay is capped at Rs. 10. In addition, the report says that a user can avail cashback just once. That seems negligible when compared to coupons and cashback offers provided by other tech giants like Amazon and Google.

Despite WhatsApp’s popularity in the country, the company never really managed to emerge as a key player in the UPI payments space. It could be due to the delayed rollout of the WhatsApp Pay service due to legal hurdles in the country. But, it lags way behind Google Pay and PhonePe in India. WhatsApp Pay managed to process just 0.56 million transactions in January 2021. As of writing this article, the number stands at 0.50 million transactions in August 2021. To put that in perspective, PhonePe and Google Pay processed 1,622.95 million and 1,243.75 million transactions last month respectively.

While the exact specifics of cashback are likely to differ by the time the feature gets ready for public launch, we now know that WhatsApp is trying to expand its presence in India’s digital payments ecosystem. So, which UPI app do you use right now? And would you be willing to switch to WhatsApp Pay? Let us know in the comments below.