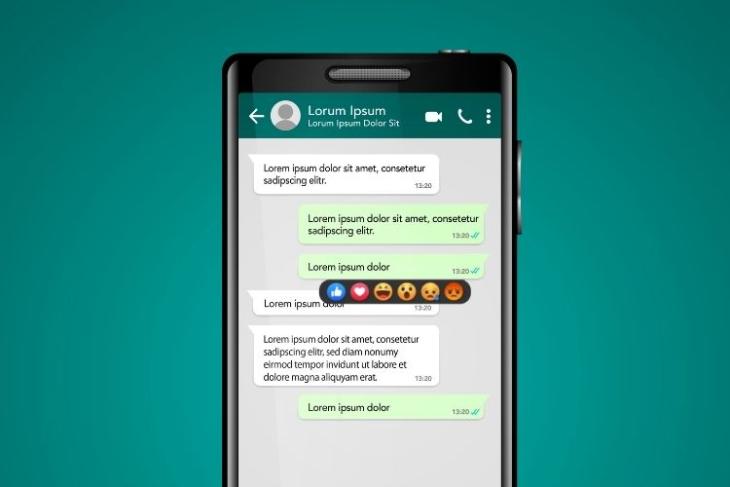 WhatsApp has been working on various new features for its messaging platform lately. We recently saw the company update the app’s colors on Android. Now, the Facebook-owned messaging giant is working on a new message reactions feature.

Now, for those unaware, message reaction is a common feature in other platforms such as Instagram, Twitter, and Apple’s iMessage. It is also available in some workspace apps such as Slack. The feature essentially lets users react to messages with various emojis. It lets users can convey an emotion to a message instantly, without typing any words.

Citing the popularity of the feature, WhatsApp is working to add support for emoji reactions to messages on its platform in the coming days. The feature is currently under development, but WABetaInfo has spotted an incompatibility reaction message in a recent Android beta build of WhatsApp.

Other than this, there is no further information on the emoji reaction feature coming to WhatsApp yet. However, WABetaInfo reports that WhatsApp will soon add the feature to an upcoming beta version of the app.

If you are a WhatsApp beta tester, we would suggest you keep an eye out for the emoji reaction feature. Plus, we will keep you updated about the developments of the feature. So, stay tuned!